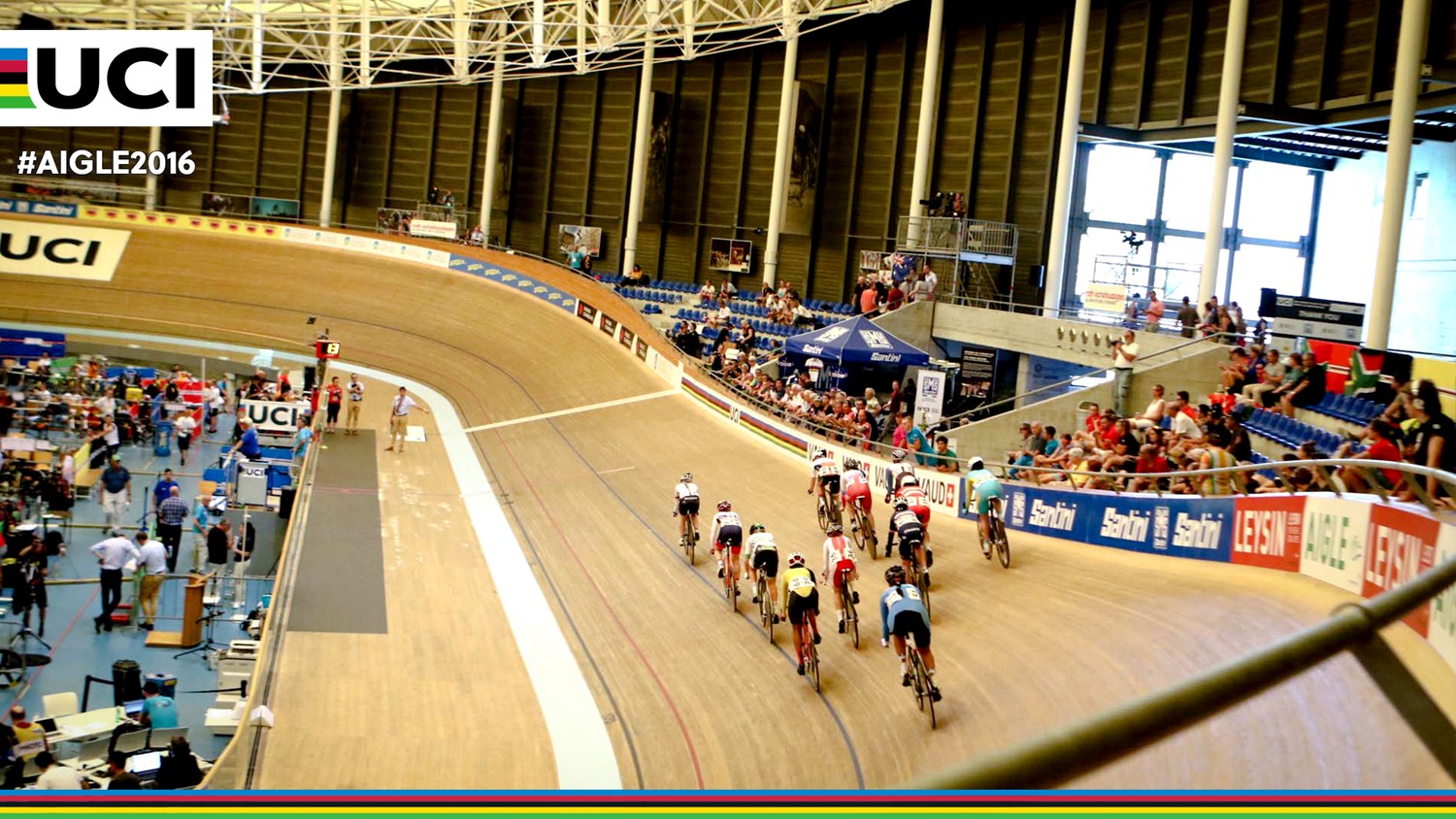 The 2016 UCI Junior Track Cycling World Championships got under way Wednesday at the UCI World Cycling Centre in Aigle, Switzerland.

The Men’s team sprint was a repeat of last year in Astana, Kazakhstan, with Russia taking victory over Australia in the final.

Fresh from their European title in Montichiari (Italy) last week, the Russians, with a completely new team from that of 2015, beat Australia in a close Final that saw the lead change several times.

Dmitry Nesterov explains: “We always put pressure on ourselves. There was no extra pressure because Russia won gold last year. We were confident after winning the Europeans but the level at the Worlds is a lot higher with more nations.

“Australia went faster than us in the qualifications, and they are also older than us, so we were concerned but not overly worried.”

His team mate Mikhail Dmitriev added: “We just went out to do our best. You have to be confident and believe you can do it.”

In the race for third place, Germany beat Poland to claim the bronze medal.

“It is so awesome,” she said shortly after her victory. “I wasn’t disappointed with silver last year because we were beaten by a better team and we had done the very best we could. But this is amazing. Once we got to the starting gates we did all we could.”

“Coming into these Worlds we didn’t know where we stood,” explained Andrews.

The other rainbow jersey of the evening went to Italy’s Letizia Paternoster in the Women’s points race. The battle was fierce between the finalists in the 20km event, with the medals being decided in the final lap.