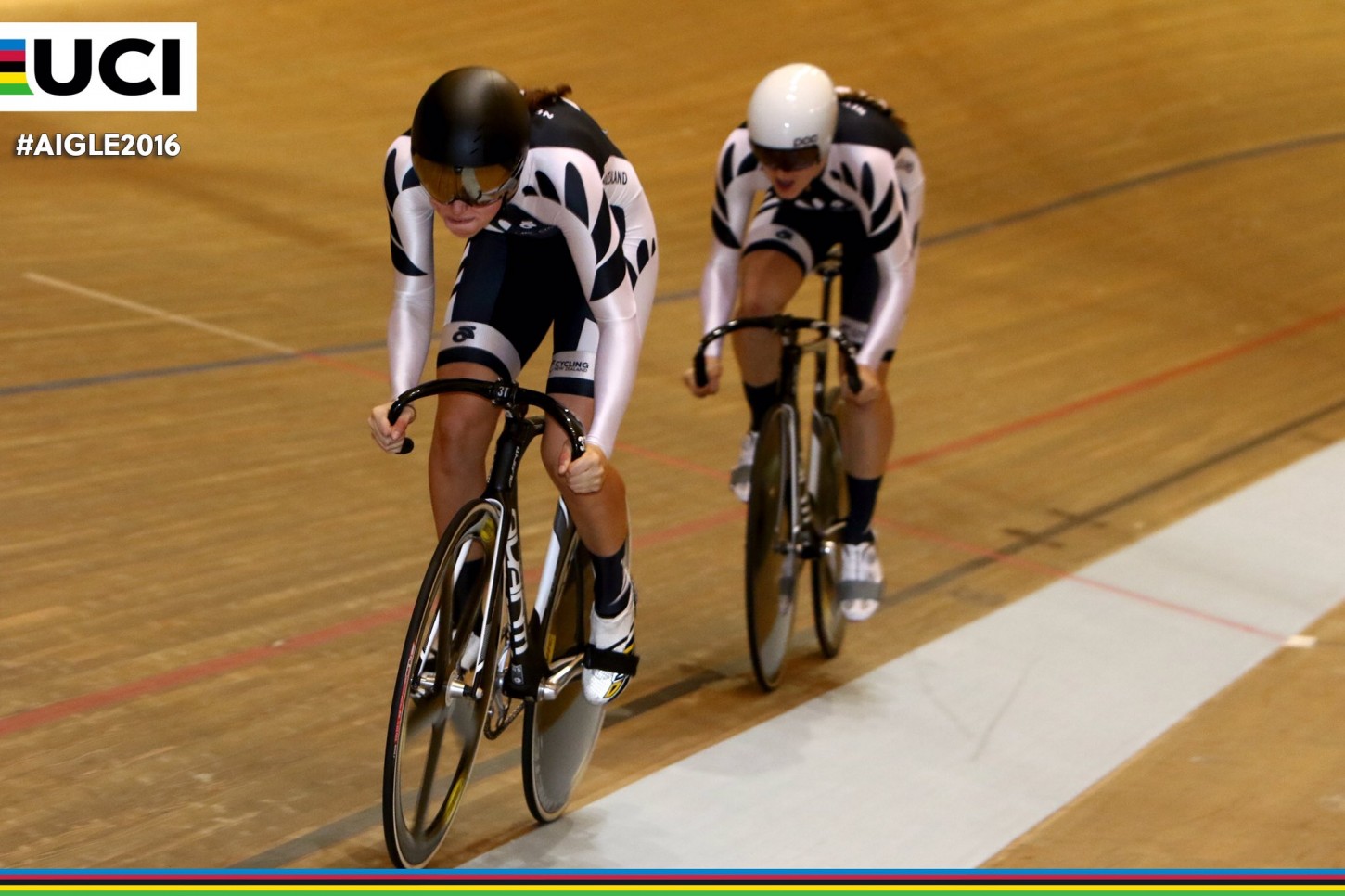 The velodrome at the UCI World Cycling Centre (WCC) is proving to be rapid with another world record established on the third day of UCI Junior Track Cycling World Championships. As with the two records set the day before, the new Women’s individual pursuit record is still to be ratified.

The first Final of the day was the Men’s 1km time trial, followed by the Men’s points race, the Women’s individual pursuit and the Women’s Scratch race.

Canada’s Stefan Ritter was the 21st rider to set off on the 1km time trial. After setting a blistering time of 1:01.673, he had to wait for another 17 riders to race before confirmation that he was indeed UCI World Champion.

“It was very nerve-wracking but to be honest, I felt pretty confident about my ride,” he said. “There were a few close calls because there are some great riders out there. I haven’t done a lot of international racing so I don’t really know them,” said the 18-year-old who bettered his personal best time by more than 2 seconds during his gold medal ride. “I knew I had the speed and I felt good but I didn’t think I was that fast. I still can’t believe it.”

After fourth place in the same event last year, Szymon Krawczyk was delighted to pull on the rainbow jersey after an extremely animated race. Double Polish National Champion in the road race (2015 and 2016) he demonstrated that he is a force to be reckoned with on the track.

“I am really excited,” said the second-year Junior who initially understood that he had finished second. “I would have been happy with the silver medal but when I heard I had won it was amazing. I always go into races thinking that I can win,” he added.

At just 16 years old she is UCI World Champion and has the world record (awaiting ratification) in the Women’s individual pursuit.

Second in last week’s European Championships in Montichiari (Italy), Maria Novolodskaya set the UCI World Cycling Centre alight in the qualifications with a new record for 2km of 2:22.410. She confirmed her form in the Final, beating Australian Jade Haines to win gold.

“It has been a great day for me. It was my dream. I didn’t realise I could go that fast. After my record, I didn’t feel any particular pressure to win. I was just so happy to be in the gold medal final.”

With about 11 laps to go of the 38-lap race, Rebecca Raybould made a decisive move. And it paid off.

“I knew there were some very good sprinters in the bunch, so I decided it would be good to get ahead early. I kept checking to see if anyone had come with me. With six laps to go the bunch sat up and I thought maybe I had a chance. But it was only with about half a lap to go that I started planning my celebration,” she laughed. “I’ve never done a no-hands on the track and I didn’t fall off!!”