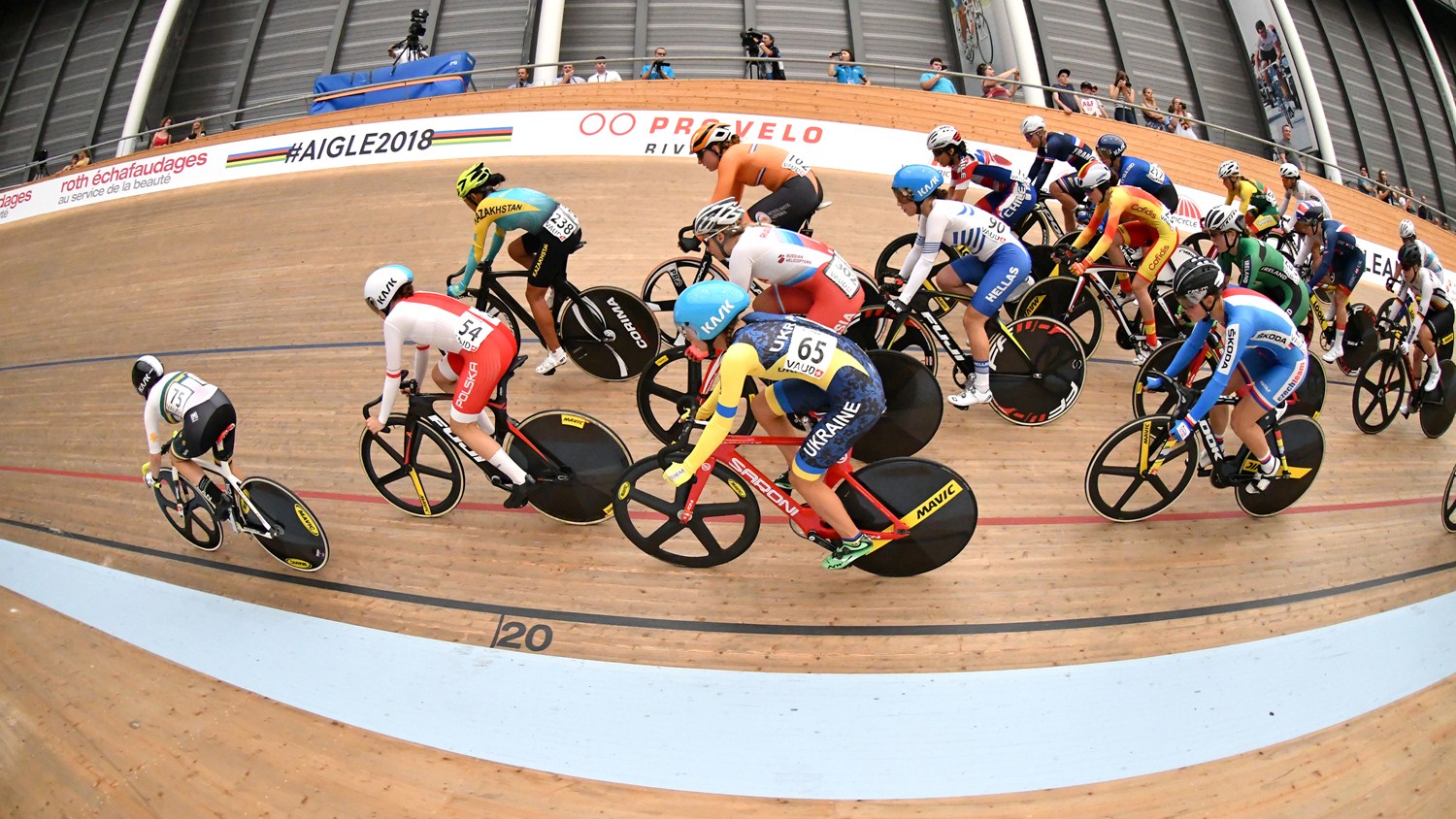 The first UCI World Champion title of the day went to Korean Jieun Shin in the Women’s Scratch Race. The young Korean was not unfamiliar with the UCI World Cycling Centre’s 200m track: she spent two months training at the Centre in Aigle when she was 14 years old.

After qualifying 7th in her morning series, Shin put in an impressive demonstration of power in the 7.6km final. The early stages of the race were marked by several attacks, but the bunch came back together with 15 laps to go.

Shin was the next to attack and held off the field to take victory.

“My coach and I made the plan last night. I didn’t think anything while I was in front. I just tried to go fast,” said the young athlete, who added she had good memories of the UCI WCC track: “I really enjoyed my time training at the Centre.”

With the Omnium, individual pursuit and points race still to go, the new Junior UCI World Champion will delay celebrations of her first title.

Germany, the reigning UCI Champions in the Women’s Team Sprint, did not succumb to the pressure and again took the title. Fielding the same two riders as last year– Lea Sophie Friedrich and Emma Gotz – the Germans were fastest qualifiers.

Germany’s third team member Alessa-Catriona Propster replaced Gotz in the evening racing and together with Friedrich won the Final against China (Min Lei an Jiafang Hu).

“I was just screaming at them,” laughed Emma Gotz after their victory. I am just so happy.”

Poland got the better of New Zealand in the race for bronze.

“It was only when I heard them screaming and the reaction of my team-mates that I really realized we had won,” exclaimed team member Titouan Renvoise. “We came into the competition as the little team that didn’t look like much – we are smaller than a lot of the others. But we are mentally strong. We scared them in the qualification and had nothing to lose going into the final!”

Although fastest qualifiers in the morning session, defending UCI World Champions Russia encountered problems in the first round of racing, where they were beaten by India. They found themselves in the ride-off for third place against Malaysia, but won comfortably to claim the bronze medal.