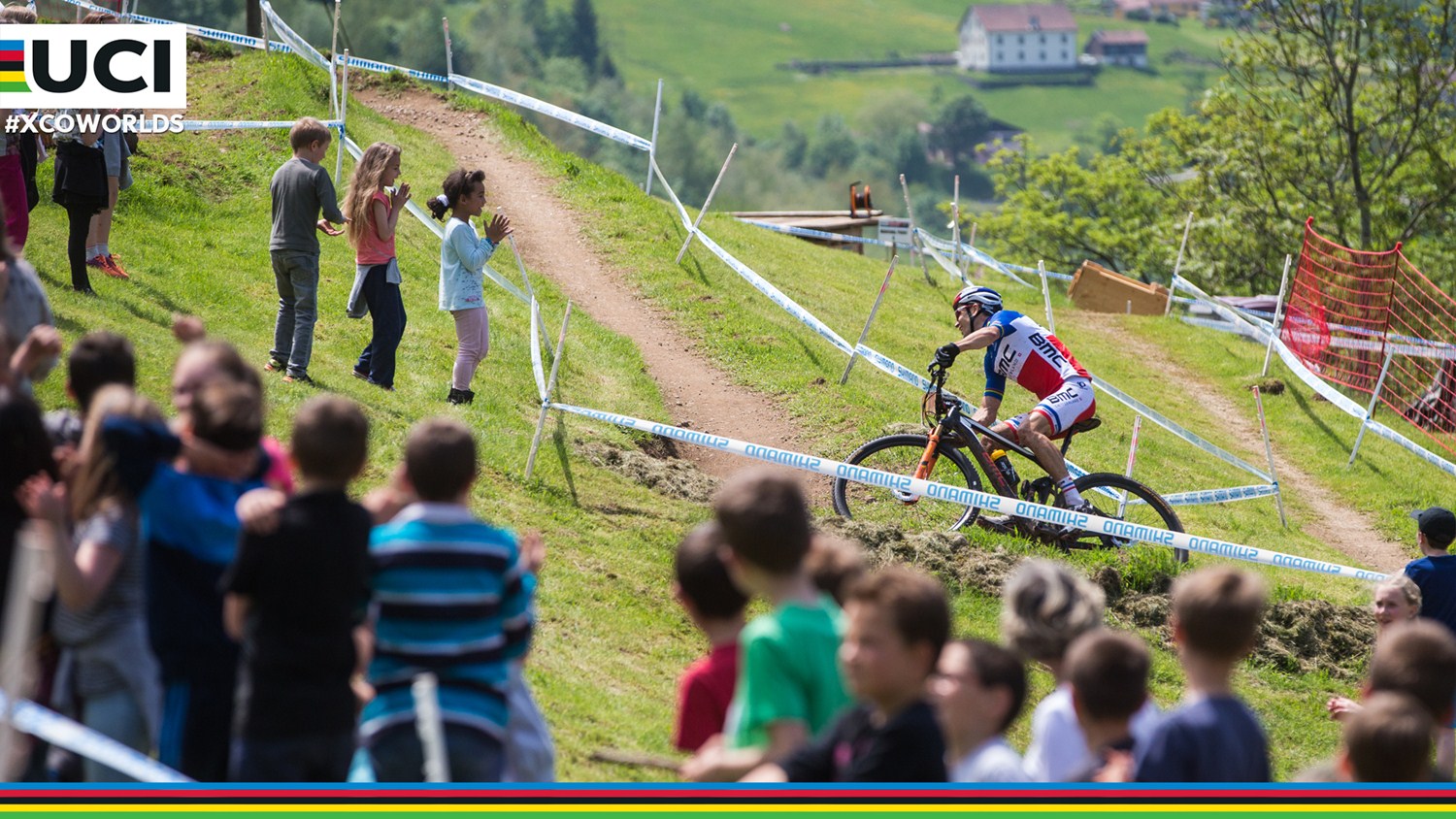 The event will be broadcast live on the UCI YouTube channel.

The Championships begin with the Eliminator on Wednesday evening. The XCE is the newest discipline to cross-country. First held at the UCI World Championships in 2012, it is a short course event (usually under two minutes for a lap), with riders racing in heats of four around an obstacle course. The top two advance from each heat to the next round, until the final four race for the title. The racing is open to all age categories, with one title awarded for men and one for women. At Nove Mesto, the XCE course incorporates portions of the cross-country Olympic circuit, including a rock garden and a short climb.

On Thursday, the team relay is the focus of competition. Each country enters four riders – a Junior man, Under-23 man, Elite man and Elite woman – with each athlete riding one lap of the cross-country Olympic course and then handing off to the next team member in a designated transfer zone. There is considerable strategy in deciding the order to send riders off – do you start fast with your Elite and Under-23 riders and then hope the other members can hold on to the lead? Or do you save your fastest riders until last, and hope that they can overtake other teams that started fast? There are often lead changes, and it is never certain until the very end which strategy will work best in a given race. Teams are not announced until shortly before the competition takes place.

Friday sees the start of three days of XCO competition, beginning with the Junior women and men. The Under-23 men and Elite women race Saturday, and the Championships conclude on Sunday with the Under-23 women and the Elite men.

The 4.1km circuit in the wooded, rolling countryside 90 minutes southeast of Prague is tough, with 50% climbing. From the magnificent arena, riders head out through a rock garden then up a long climb followed by an immediate descent and a second long climb. After descending through a difficult rock garden, riders hit the longest sustained climb, then go over a drop-off and back up to the highest part of the course. A final descent takes them to the flatter portion of the circuit, where they face the famous Rock n’ Roll technical section before heading into the stadium for the end of the lap.

On the Elite Men’s side, there are three main contenders – defending UCI World Champion Nino Schurter (Switzerland), five-time UCI World Champion Julien Absalon (France), and Czech superstar Jaroslav Kulhavy, the 2012 Olympic Champion. Between them, Schurter and Kulhavy have won every edition of the UCI World Cup held on this course, with Absalon on the podium almost every year. Other men to watch for include France’s Maxime Marotte and Switzerland’s Mathias Fluckiger.