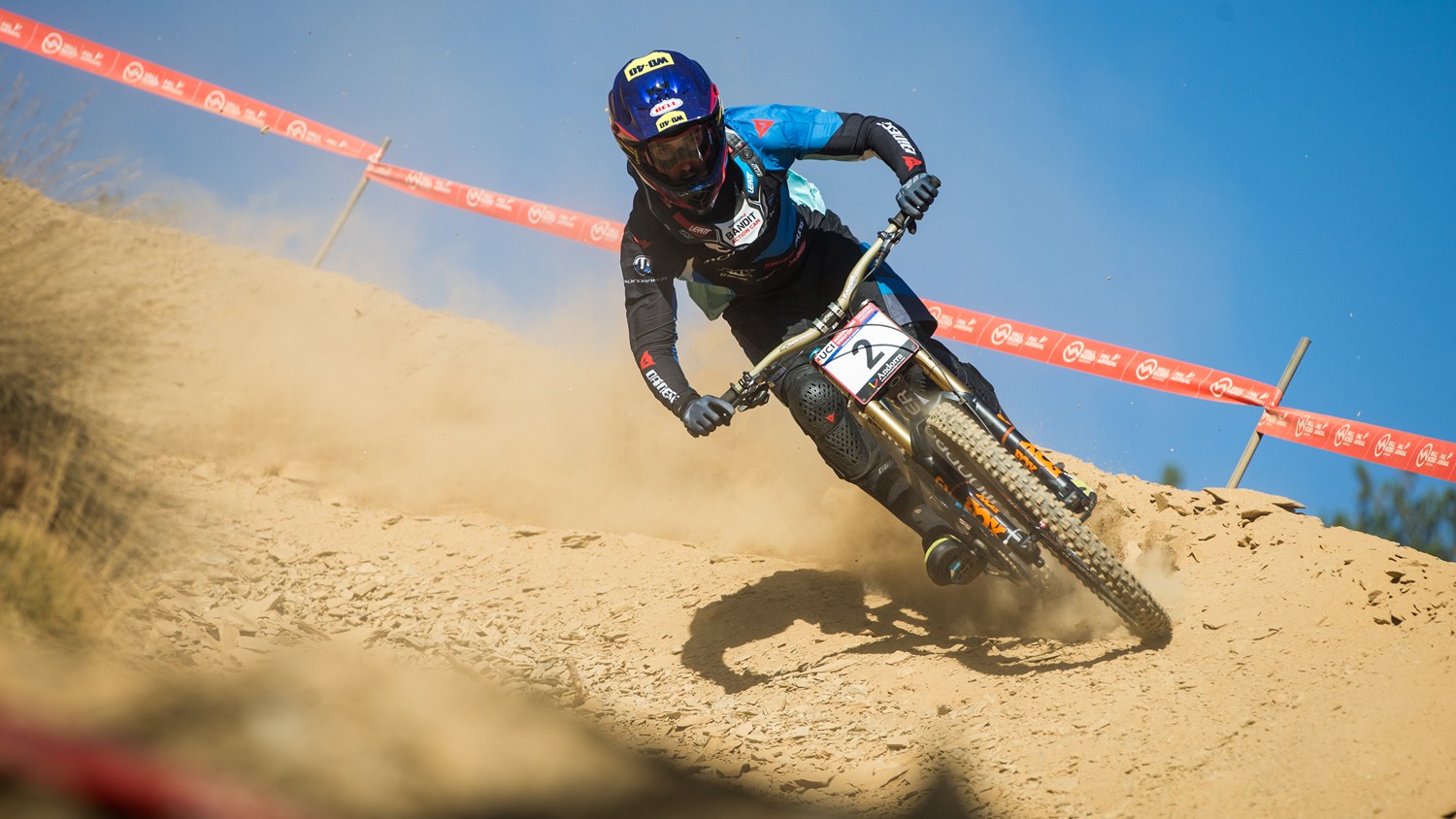 The 4-cross will take place first, with the timed seeding runs for Women and Men on Thursday, and the finals on Friday. The track was created for the 2008 UCI World Championships, and it is among the most stunning and challenging courses in the world. At 600 metres, the track is the longest on the 4X Pro Tour circuit. Riders compete four at a time, with the top two from each heat moving to the next round, until there are only four left to compete for the rainbow jersey. Racing takes place at night under lights before thousands of fans.

The downhill competition begins on Saturday with the seeding runs and timed session for all riders, followed by the UCI World Championships finals on Sunday. Jerseys will be awarded in four categories – Junior Women and Men, Elite Women and Men.

The downhill course – called Black Snake – was upgraded in 2015 for the UCI World Cup series. At that time the track was made 300 metres longer, for a total of 2,200 metres, with a 540 metre elevation change, for an average grade of 24.5%. It offers a perfect mix between speed, spectacle and technical sections.

One note of interest, is that the race forerunners will include the legendary British downhiller Steve Peat, who retired this year and has raced every previous UCI World Championships from 1993 to 2014, and paracyclist Alessandro Avigliano. The forerunners ride the course just prior to the start of racing, to make sure the track is clear and ready for competition.

For the Men’s, it is 2011 UCI World Champion Danny Hart (Great Britain) who is on a winning streak, having won the last three World Cups. Others to watch include Aaron Gwin (USA), the 2016 UCI World Cup winner who has yet to add a world title to his palmares; Greg Minnaar (RSA), who will be looking for a fourth title; Australia’s Troy Brosnan; and defending champion Loïc Bruni (France), back from injury.