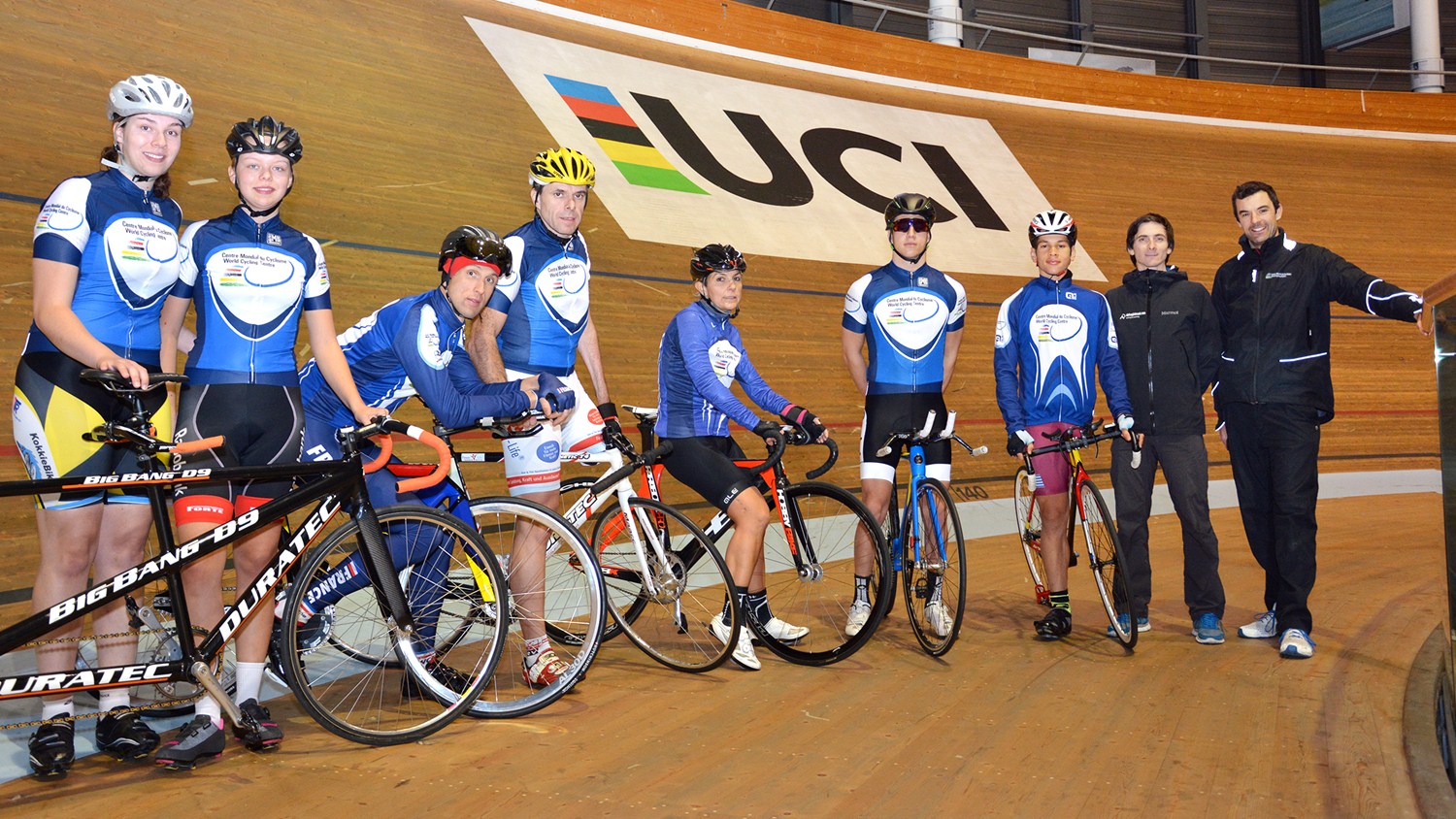 For the second time this year and the fourth time since the beginning of 2015, the UCI World Cycling Centre in Aigle, Switzerland, has organised a track cycling training camp for para-cyclists.

The seven athletes, both men and women aged 17 to 49, come from the Netherlands, Austria, France, Greece and Italy. Living like professional cyclists for their two weeks at the UCI WCC, they have been able to concentrate solely on their sport, coached by the centre’s coaching staff. On the programme: track cycling, road cycling, gym sessions and Wattbike training.

“At home I have a full-time job so it’s nice to have time for all this,” says Austrian Andreas Zirkl, who finished the 2016 season 3rd in the UCI C1 class road ranking. “But while I have been here, I have learnt that I can play with time. More isn’t necessarily better and I have learned that short training sessions can be very good.”

C2 athlete François Lacroix claimed one victory and a second place in the 2016 UCI Para-cycling Road World Cup but says he still has a lot of progress to make on the track.

“It’s a dream here at the UCI World Cycling Centre,” said the French athlete. “We are training at the rhythm of high-level athletes. And it doesn’t do any harm to push yourself hard! I love the track, and we are learning the best way to ride it and pace ourselves.”

Dutch tandem rider Loes Bloo only paired up with her current pilot Demi Stadman, in April this year. The pair has more experience on the road than the track and relished the chance to sharpen their skills on the centre’s velodrome.

“We are loving this camp,” they enthuse in unison. They will compete in all three rounds of the 2017 UCI Para-cycling Road World Cup and hopefully the UCI World Championships in Pietermaritzburg, South Africa.

UCI WCC Coach Scott Bugden is one of three coaching staff working with the para-cyclists. They are delighted with the attitude, commitment and progress of their athletes.

“We have been working on shorter efforts mostly as it is something that works well on the track, and many of them don’t do so much of that at home,” said Bugden. “We’ve also talked about line choice and pacing, and have given them the opportunity to practice in the start gate.

“Although two weeks is too short a time to see a physical improvement, we have definitely seen technical improvements in almost every session. They are one of the most positive groups of athletes we have had at the centre this year so it’s been great to work with them and help them develop.”