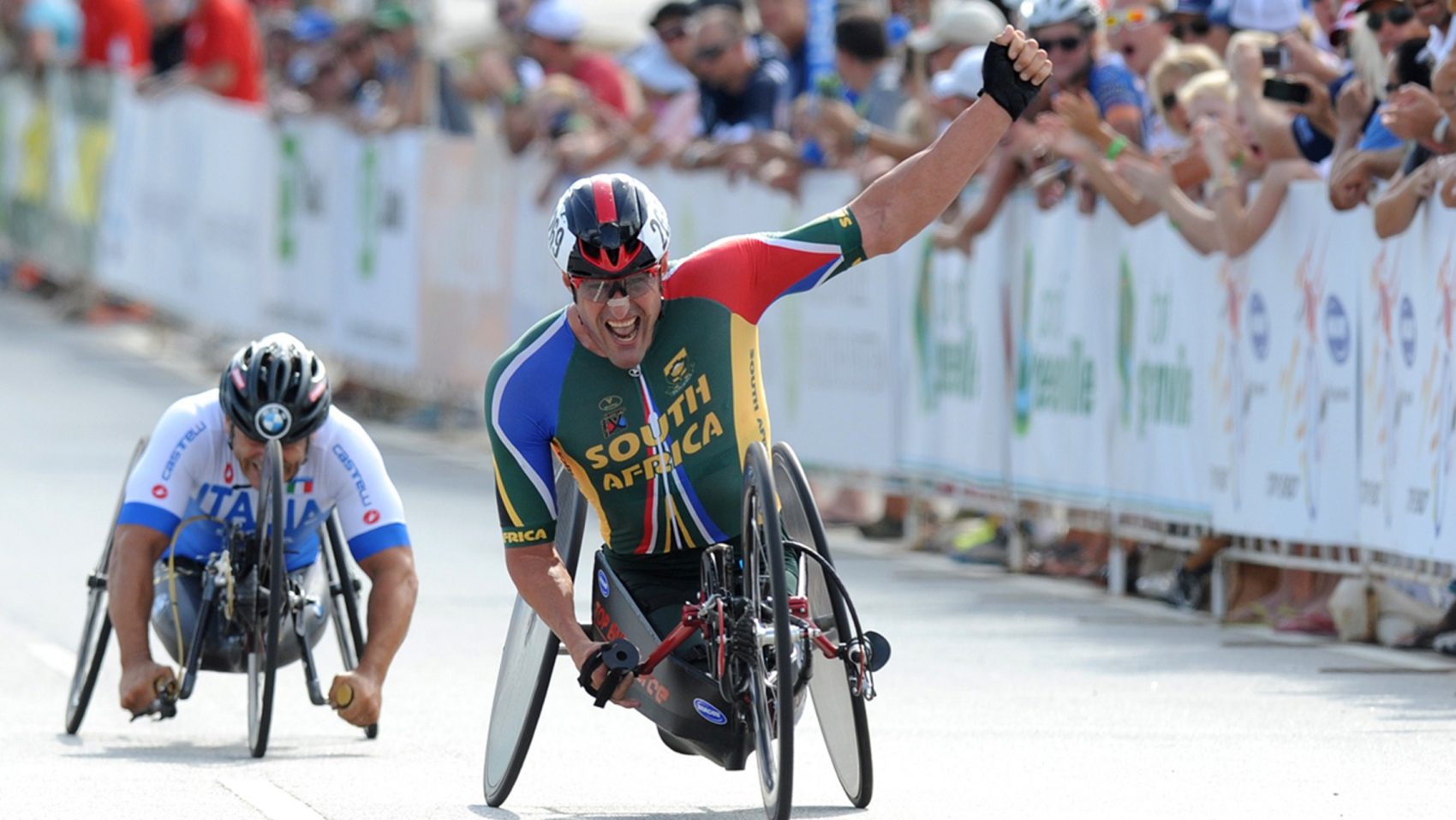 Pietermaritzburg will be at the heart of the action from August 31 to September 3, as the 2017 UCI Para-cycling Road World Championships comes to the South African city. In an effort to lay claim to a rainbow jersey of their own, some 260 athletes from 28 countries will make the trek to the 29th southern parallel.

With two weeks until the official launch, competition site preparations are nearly finished. “We’ve been working on organizing the event for some time now, and we’re definitely ready,” commented Alec Lenferna, Organizing Committee Director. “We can’t wait to welcome the world’s best para-cyclists!”

In the past, the Union Cycliste Internationale (UCI) has selected Pietermaritzburg as host city for numerous officially sanctioned events, including UCI Para-cycling Road World Cup events in 2015 and 2016. “We already have the experience, the team is well aware of athlete expectations and needs; we’re ready to do whatever it takes to meet those needs. We’re confident that the UCI World Championships will be memorable for all who come to compete – we know for certain that the competition will be thrilling!”

Pietermaritzburg may be known as one of Africa’s bike cities, but many other seminal events have occurred here as well. “It’s such an important city in the country’s history. Africa’s first-ever Nobel Peace Prize winner Albert John Lutuli was from here. Ghandi spent a lot of time here after a life-changing event, and Nelson Mandela was arrested here, and began his 27 years of imprisonment,” summarized Alec Lenferna.

Para-cyclists won’t need to ride for too long to realize that things are delightfully different in Africa. “Athletes will remark quite quickly things they wouldn’t experience elsewhere in the world. South Africa has a lot to offer: the weather is unique, the flora and fauna is otherworldly, and the culture is distinctive,” explained the Director of the UCI Para-cycling Road World Championships.

Time trial events will be held at the Midmar Dam Reserve, while road race events will start and finish in the heart of Pietermaritzburg, at Alexandra Park.

“They won’t be the most difficult race routes, but they’re not easy either. There may not be any big climbs, but it’s not flat and there isn’t any time to rest or soft pedal because of the technical sections. Ultimately, the winner will be the person who has the most solid race overall.”

Already globally known for its high profile cycling events, Pietermaritzburg can now solidify its standing as a world-class cycling destination, thanks to the UCI Para-cycling Road World Championships.

“It’s a crowning accomplishment for a city of this size, and on a continent where cycling isn’t the national sport. We are a great example of what can be accomplished in terms of local development.”

From now until August 31st, last minute details and enticing even more Pietermaritzburgers to attend and support the Championships’ success, head up the Organizing Committee’s To Do list.

“We’ve done a lot of advertising within the city and within schools, so we hope that South Africans will come out to encourage para-cyclists as they compete, and that they discover what makes para-cyclists so unique.”