CapoVelo.com
CapoVelo.com - - UCI to Reinstate the Use of Disc Brakes in the Peloton in June
28250
post-template-default,single,single-post,postid-28250,single-format-standard,no_animation 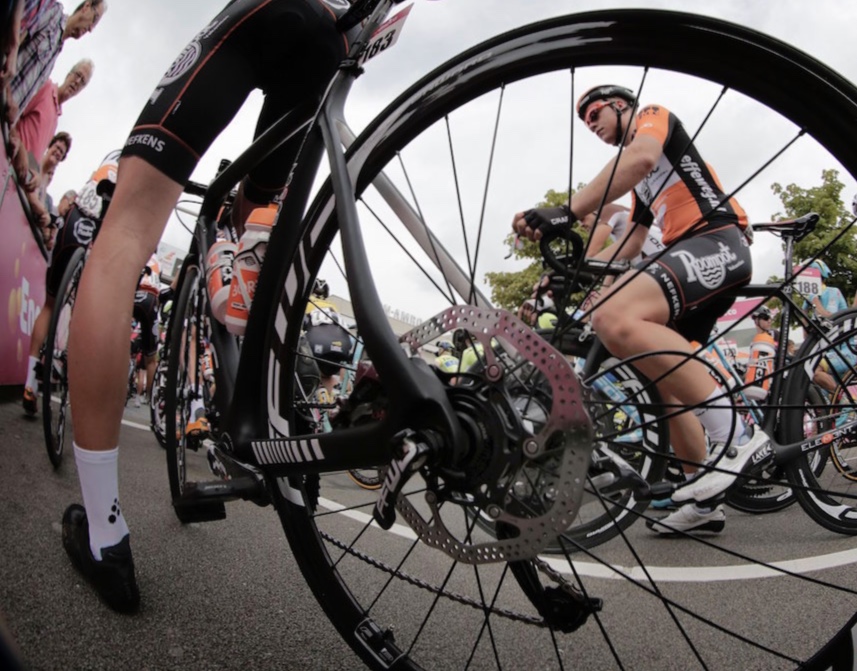 Three weeks ago, the UCI decided to suspend the use of disc brakes in the pro peloton in the aftermath of Francisco Ventoso crash in this year’s Paris-Roubaix Classic, wherein the Movistar rider claimed the deep laceration he incurred was caused by a disc brake.

However, according to a new report in Australian cycling magazine, CyclingTips, the UCI has apparently decided to reinstate the use of disc brakes in June.

According to the report, a key modification will require teams to only use rotors with rounded edges in order to minimize the cutting effect cut-away rotors can have.

In their article, CyclingTips claims they obtained their information based on a “leaked” report that surfaced during the UCI Equipment Commission’s private conference last week, that included members of the World Federation of the Sporting Goods Industry (WFSGI).

The report claims to outline measures taken by both organizations to restart of the use of disc brakes, with the condition that only round rotors should be permitted.

Since the UCI allowed the introduction of trial testing of disc brakes last August, there have been wide-spread safety concerns resonating throughout the peloton, such as the dangers sharp edged rotors pose, as well as the confusion of having two different braking systems and how it will impact wheel changes and neutral assistance.

From the outset of the UCI’s decision to allow the trial testing of disc brakes in the peloton last summer, the pro rider’s association, the CPA, has openly voiced its opposition, instead suggesting that out-of competition testing was the appropriate venue to assess the benefits of disc brakes,  and not during races themselves.