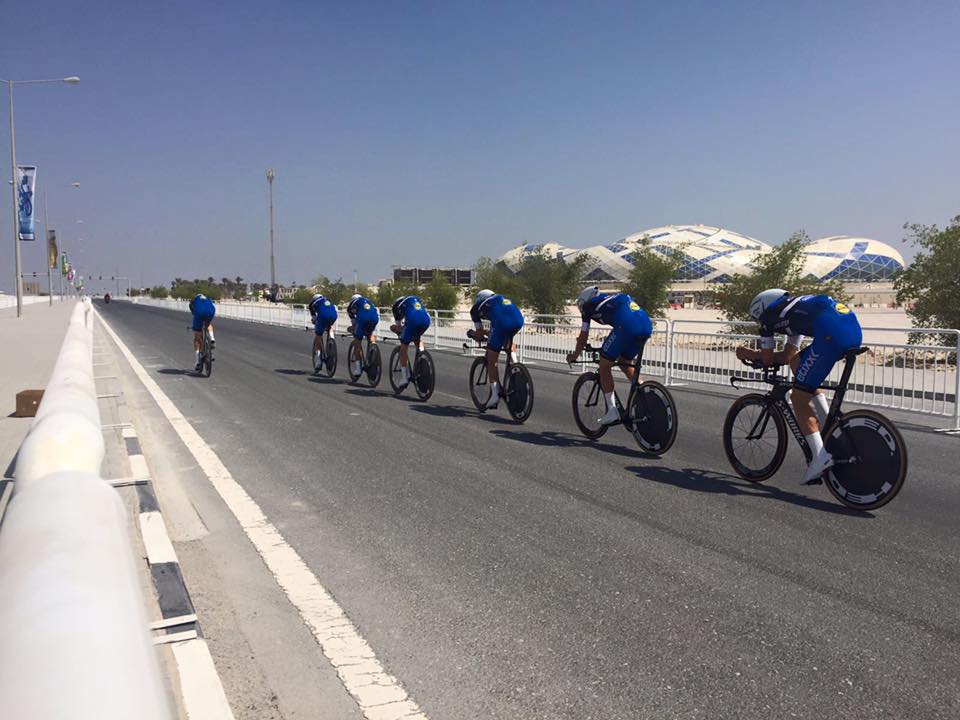 Etixx-QuickStep won the men’s World Championships Team Time Trial today, after clocking the fastest time of 42:32 along the 40 kilometer course from Lusail to Peal Island in Qatar.

The Belgian team, who previously claimed the World Championships in 2012 and 2013, went on to dethrone BMC Racing by 11 seconds – who won the titles back-to-back over the last two years.

Meanwhile, Orica-BikeExchange put in a strong performance to beat Team Sky and claim the final spot on the podium, after they finished more than half a minute behind Etixx-QuickStep.

Not surprisingly, the two pre-race favorites were neck-and-neck during the first half of the course. However, Etixx managed to open up a slight gap heading into the final kilometers.

Unfortunately for BMC, the American squad found themselves down to the minimum of four riders during the final few kilometers and unable to make up ground –  crossing the finish just behind their Belgian rivals to claim the silver medal.