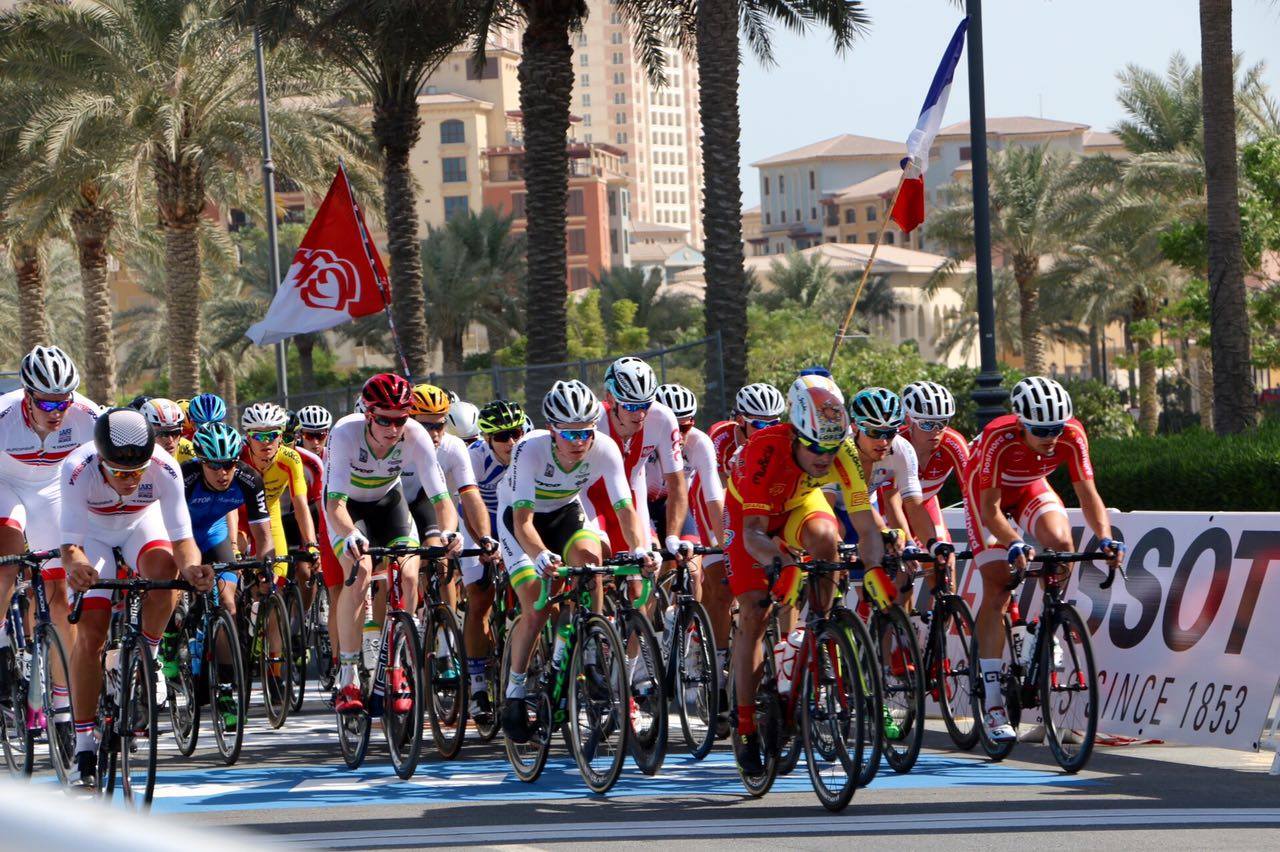 Kristoffer Halvorsen Claims the Victory after a Thrilling Sprint

Norway’s Kristoffer Halvorsen won the U23 men’s road race in Qatar today, after the young Norwegian rider claimed the hotly contested sprint finish ahead of his German and Italian rivals.

Both Norway and Germany led out the sprint during the final lap of today’s twisting circuit around Pearl Island, where Halvorsen succeeding in holding off Pascal Ackermann (Germany) and Jakub Mareczko (Italy), after commencing a final surge for the line during the waning moments of the race.

“It was a very hard sprint but the team did an amazing job and I got the wheel of the German rider, so it was perfect. They were so, so good today, this was a team win,” Halvorsen said after being congratulated by his Norwegian teammates.

“I’m just so, so happy. The course was perfect for me, it was flat with a lot of corners, it was a big goal for me this year. It’s incredible. My dream now is to win the elite world title, too.”

From there, the peloton allowed the escapees to open a modest advantage of around three minute, but kept them under control with team Norway doing most of the work at the front.

With 50 kilometers to go, the peloton began the task of slowly reeling in the breakaway group, with Norway once again doing most of the work.

Gebrezgabihier and Gomez were the first riders to get dropped from the breakaway group, while Daniel and the others continued to forge ahead.

However, their gap eventually fell to under a minute, and the group was finally reined in with 10 kilometers to go.

Not long after, two late crashes split the peloton. However, Norway and Germany managed to stay in contention, with each of their top sprinters vying for the best position during the closing two kilometers.

Coming into the final stretch, Ackermann looked poised for victory, but Halvorsen executed a clever move between his German rivals and the barriers, with a final acceleration toward the line which saw the young Norwegian rider seize the world title by a matter of a bike length or so.