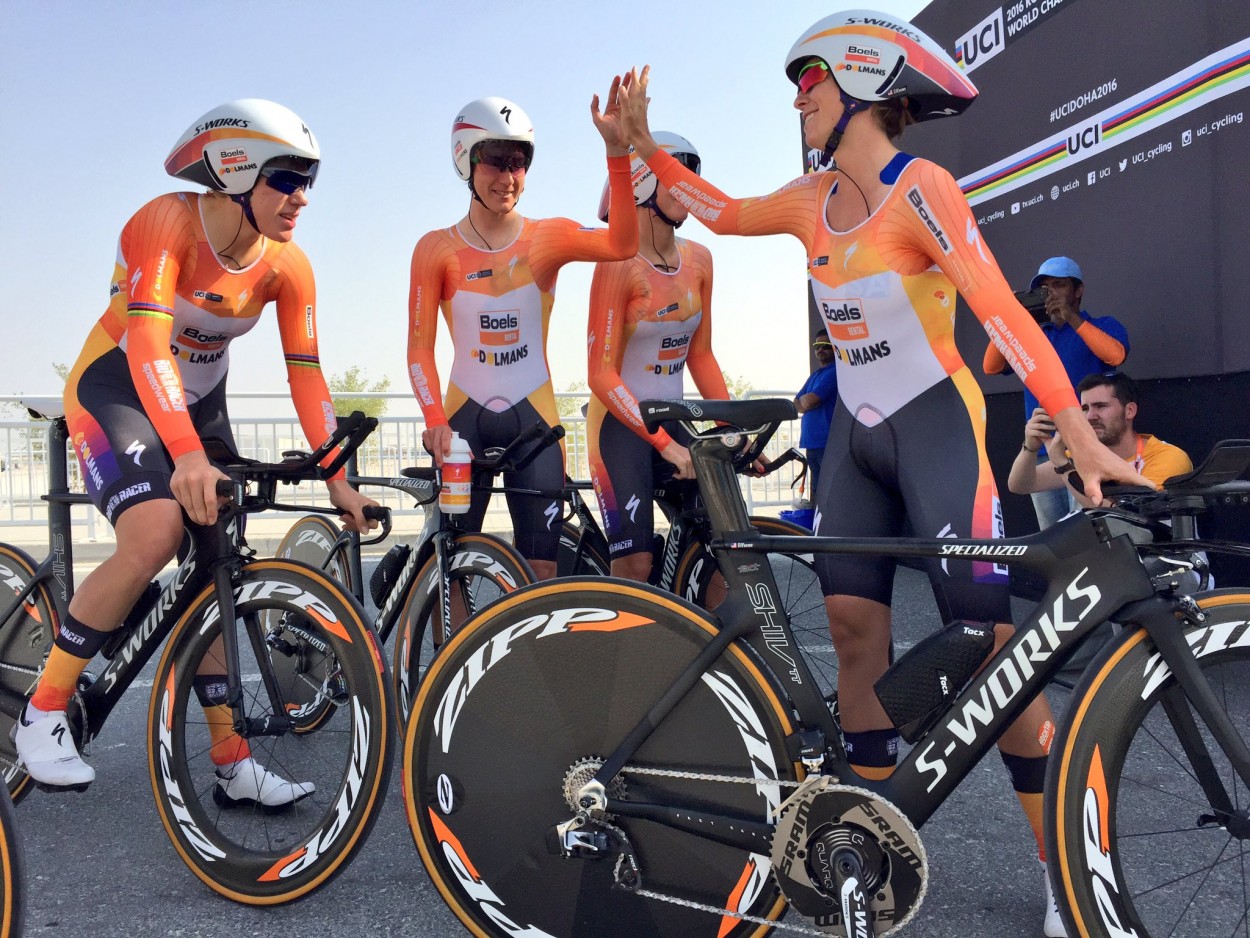 The Dutch team which included Elizabeth Deignan, Evelyn Stevens and Ellen van Dijk dominated the field to set the fastest time of 48.41.

It was an emotional win for Boels, who have never won the women’s TTT event. Stevens led the team home in her final race before retiring from professional cycling.

Heat played a factor in today’s “race against the clock”, with several teams such as Rabo Liv falling victim to the high temperatures and wind.

In fact, one of its riders, Anouska Koster, suffered so badly from the conditions, the Dutch rider ended up crashing into the barriers.

Even Boels Dolmans’ suffered causalities, after losing Christine Majors to the heat, along with Karol-Ann Canuel.

However, despite its loss of teammates and briefly being slowed by a police motorbike, the remaining four riders of the Dutch squad managed to keep things together and seize first title in this year’s World Championships.