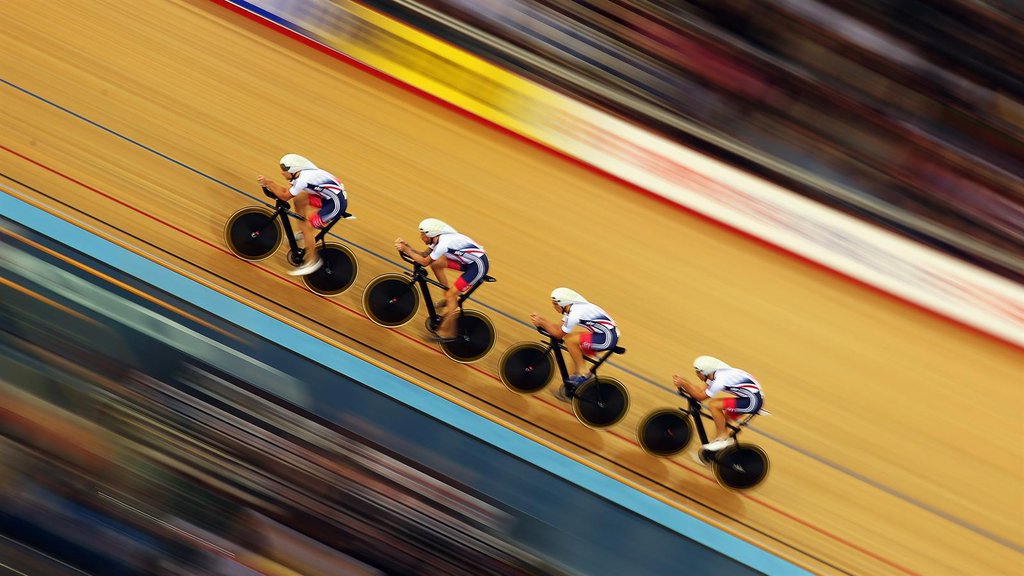 The UCI Track Cycling World Championships continued on today at the Lee Valley Velopark in London, with four titles awarded on the second day of competition.

Germany was the big winner of the day, taking two world titles to add to the two bronze medals they won on the first day. Australia also won their second gold medal, while host Great Britain took their first.

The afternoon session saw the first title of the day awarded to Germany’s Joachim Eilers in the Men’s 1000m Time Trial. Former world champion Theo Bos (Netherlands) set the first fast time as the second rider out of the start gate. It wasn’t until Eilers, the final rider, finished, that Bos was pushed down to second place. Quentin Lafargue (France) took the bronze medal.

Great Britain finally got on the scoreboard in the Women’s Scratch Race, with a come-from-behind victory by Laura Trott. Canada’s Stephanie Roorda launched what would prove to be the decisive attack with a lap and a half to go, catching a breakaway group with half a lap left and still leading with 100 meters to go. However, Trott came up fast from behind with Kirsten Wild (Netherlands), and the pair caught the Canadian on the final straight to take gold and silver. Roorda hung on for third.

In the Women’s Keirin, Kristina Vogel brought Germany their second gold medal of the day. The final put the German rider up against defending and multi-time world champion Anna Meares (Australia) and the 2013 world champion, Rebecca James (Great Britain). Meares tried to take the lead on the final lap, but Vogel was too strong. James took the bronze medal.

The session concluded with crowd-favourite Men’s Team Pursuit. After Denmark won the bronze medal over Italy, the two dominant nations of the event – Great Britain and Australia – faced off against each other for the gold medal. Australia took an early lead, but the British team battled back to take the lead themselves in the final 1000 meters. Despite the deafening cheers of their supporters, Great Britain slipped back to second and the Australians took a well-deserved win, with a time only 1.068 seconds off the world record.