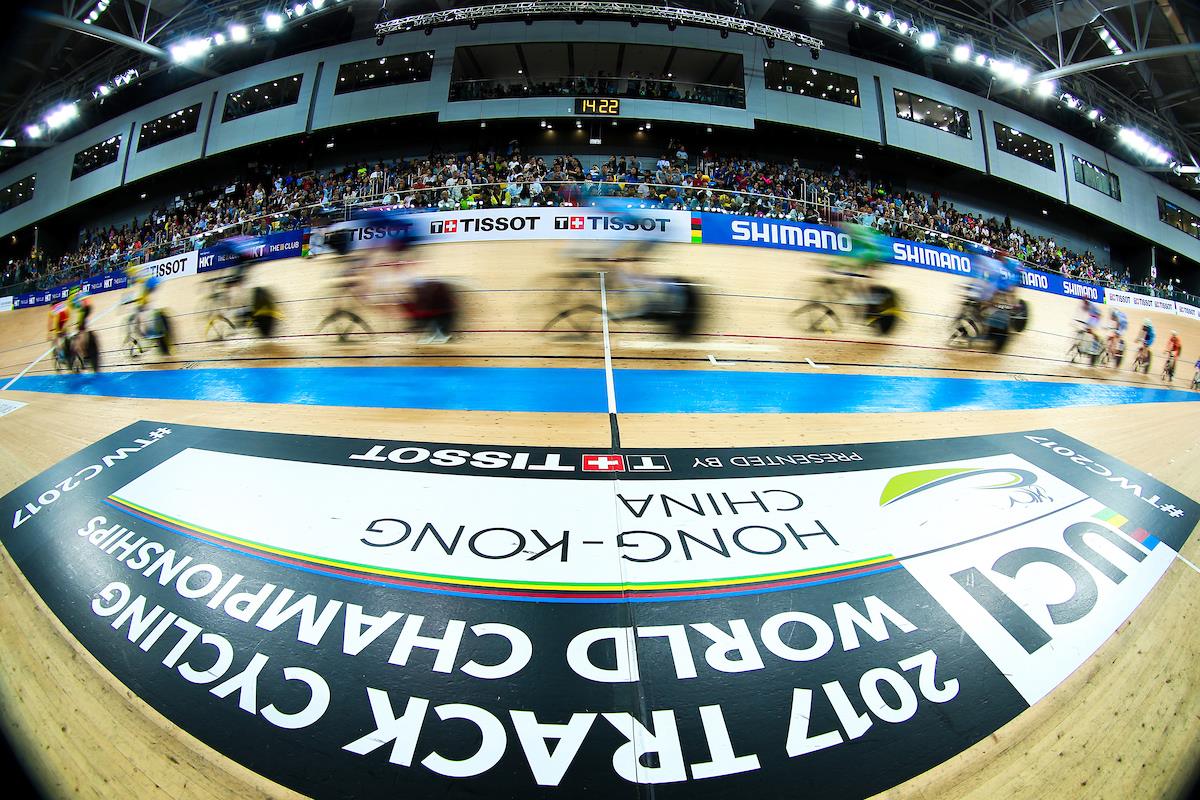 Cameron Meyer took the first Australian title of the night in the Men’s Points Race by completely dominating the event. After lapping the field with a small group, Meyer then lapped the field again on his own to put his stamp on the race. This is Meyer’s fourth world title in the Points Race, having previously won in 2009, 2010 and 2012. Kenny de Ketele of Belgium won the silver and Wojciech Pszczolarski of Poland took the bronze medal.

Australia followed up their first win of the night with a second title in the Men’s Individual Pursuit by Jordan Kerby. After setting a time of 4:12.172 in qualifying – the third fastest time in history – Kerby won the gold medal race against Filippo Gana of Italy. Kerby’s Australian team mate, Kelland O’Brien, took the bronze medal.

In the women’s Sprint, it was Olympic champion Kristina Vogel of Germany who dominated the event, winning every heat on her way to the title. In the final, Vogel went up against Stephanie Morton of Australia, winning in two straight. Host nation Hong Kong took their first medal of the championships with local star Lee Wai Sze winning the bronze medal.

The final title of the day was in the four event Women’s Omnium. Kate Archibald kept the title for Great Britain, in the absence of Olympic and defending world champion Laura Trott, who is expecting her first child. Archibald won the first two events – the Scratch and Tempo races – and was fifth in the Elimination, to go into the final Points Race tied at 112 points with Amy Cure of Australia. Kirsten Wild of the Netherlands was third at 106 points. Archibald scored points in four of the intermediate sprints, including the final one, to ensure her victory with 123 points. Wild and Cure finished tied at 115 points, with Wild taking the silver medal by virtue of finishing ahead of Cure in the final.