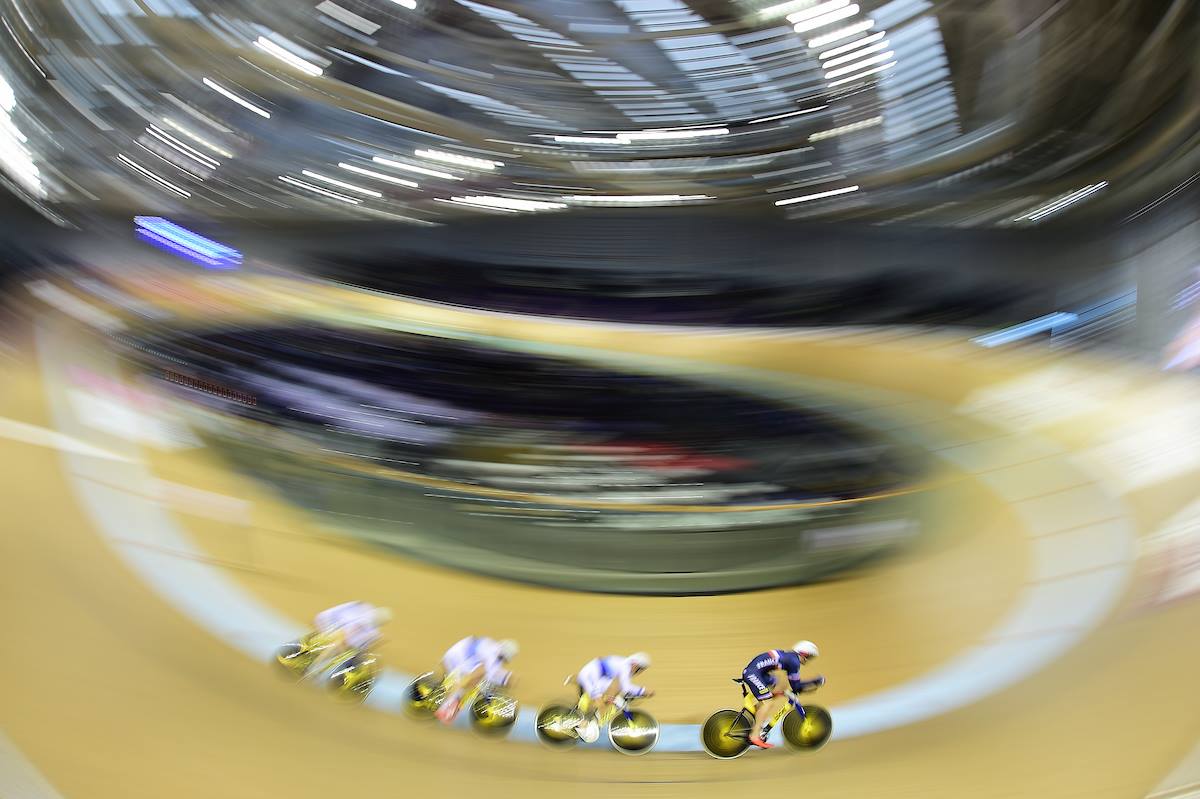 The 2016-2017 Tissot UCI Track Cycling World Cup opened in Glasgow, Scotland, for the first round of the season. Host Great Britain led the standings after three days of competition with five gold medals, despite the absence of many of their Olympic Champions. Three nations won two gold medals – France, Lithuania and Spain – with France taking the most overall medals of the World Cup, a total of seven. Australia, Poland and the Czech Republic each took one gold medal to complete the standings.

Glasgow also hosted the first-ever Women’s Madison competition at the World Cup level, with the British team of Katie Archibald and Manon Lloyd entering the history books as the first winners.

This round saw the first Omnium run under the brand new format at this level: it was the women who raced the Omnium in Glasgow. This multi-event competition has been reduced from six events over two days to four events on a single day. In addition, all four events are now mass-start competitions, for greater excitement. Emily Kay of Great Britain won the women’s Omnium ahead of Lotte Kopecky (Belgium) and Tatsiana Sharakova (Belarus).

One week after the opening round in Glasgow, the Tissot UCI Track Cycling World Cup resumes in the Netherlands at Apeldoorn, on November 11-13. This will be the first time Apeldoorn has hosted a round of the UCI World Cup. The new Omnisport Apeldoorn facility replaces the track that was used for the 2011 UCI Track Cycling World Championships, and is a complex comprising a unique cycling and athletics hall, a professional sports hall, business lounge, restaurant and sports café. Omnisport is already the home base for top Dutch sports teams and is the only Dutch venue to meet international standards for European and World Championships in track cycling and athletics.

Apeldoorn will feature the first Men’s Omnium in the new format, as well as the second round of the Women’s Omnium.

In the Sprint competitions, the team sprint, sprint and keirin will be held for both men and women. Women will also race the 500mtime trial and the points race, while the men will compete in the team pursuit, Scratch Race, points race and Madison.

Lithuanian sprinter Simona Krupeckaite has had a strong start to the 2016-2017 season with wins in both the Sprint and Keirin at the opening round of the Tissot UCI Track Cycling World Cup in Glasgow, Scotland. The 33-year-old rider was the 2009 UCI World Champion in the 500m time trial, and set the world record for the event, at 33.296 seconds. She also won the 2010 keirin world title. She has won nine UCI World Cup events in her career.