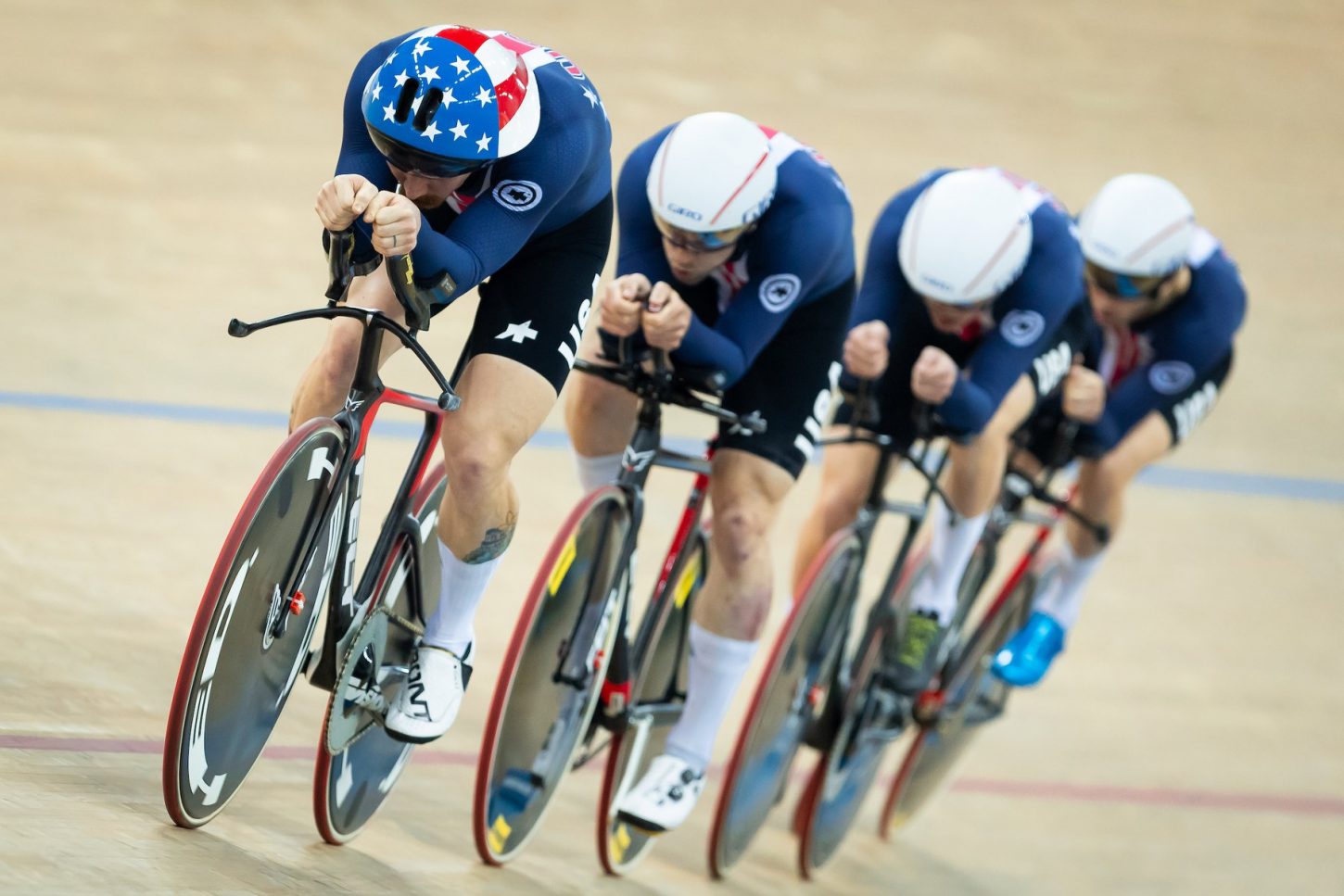 Opened in 2013, the velodrome previously hosted the final round of the 2015-2016 UCI World Cup, as well as the 2017 UCI Track Cycling World Championships.

Seven nations shared in the 14 titles awarded, with Australia leading the standings, with a total of eight medals, including three gold. Italy was the only other nation to win three gold, followed by China, Hong Kong and the Netherlands, each with two gold medals, and one each for New Zealand and the UCI trade team Beat Cycling Club.

Three riders managed to win multiple events – local star Lee Wai Sze took both the women’s keirin and individual sprint, Kirsten Wild won both of the gold medals for the Netherlands in the women’s Omnium and Madison, while Australia’s Thomas Clarke won the men’s individual sprint and was a member of the team sprint squad.

This was the second World Cup in a row that Lee Wai Sze won both the sprint and keirin events, her fourth sprint victory of the season and second keirin win.

Kirsten Wild of the Netherlands is arguably the most dominant woman in the track endurance events. She is currently ranked Number One in the UCI World Rankings for the Omnium, points race and scratch race. She entered three Omniums this season in the Tissot UCI Track Cycling World Cup and won all three, taking the overall title.