UCI Weight Limit on Pro Bikes Expected to Change in 2018 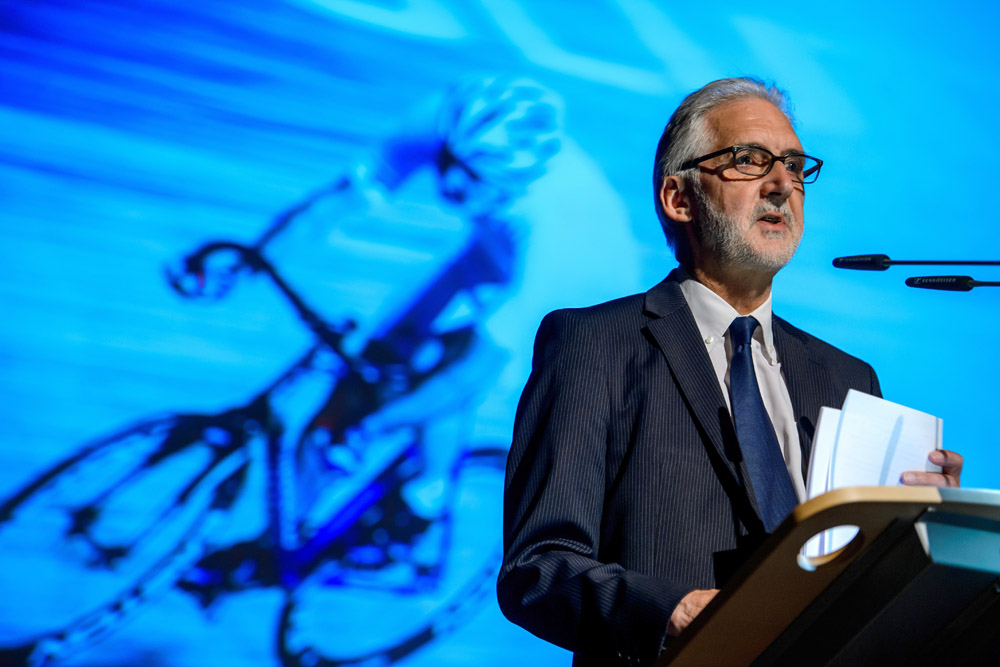 Following its discussions with the UCI during last month’s Taipei Cycle Show, the Bicycle Committee of the World Federation Sporting Goods Industry (WFSGI) was pleased to announce, that progress was made concerning stipulations involving the use disc brake equipped bikes in the professional peloton, eliminating restrictions placed on bike aerodynamics as it pertains to rule 3:1, as well as changing the current weight limit  on pro bikes.

On the issue of weight restriction, the WFSGI indicated that progress was being made to abolish of the current minimum 6.8 kg weight limitation placed on pro road bikes.

WFSGI’s communication manager Yves Möri said, “the UCI agrees to the fact that the weight limit that’s now in place is no longer appropriate.”

Möri added, “the issue is currently being addressed and when both parties reach an agreement then the final proposal will be announced at this year’s Eurobike show.”

Furthermore, if such an agreement is reached for a new weight limit, Möri believes the new standard could be put in place as soon as January 1, 2018.

Möri also announced that progress was made on the issue of aerodynamic rules placed on frames and forks, indicating the likely removal of the 3:1 rule, which would pave the way for the inclusion of the latest bike technology and innovation to be used in professional cycling.

Regarding the ongoing disc brake issue, Möri reported that the use of rotors with rounded edges have been agreed upon, along with common specs for rotor sizes and axle dimensions, in order to facilitate neutral support in races.

Now that trial testing of disc brakes has resumed, the WFSGI Bicycle Committee is confident that in the very near future the UCI will officially approve the use of disc brakes in pro road racing.