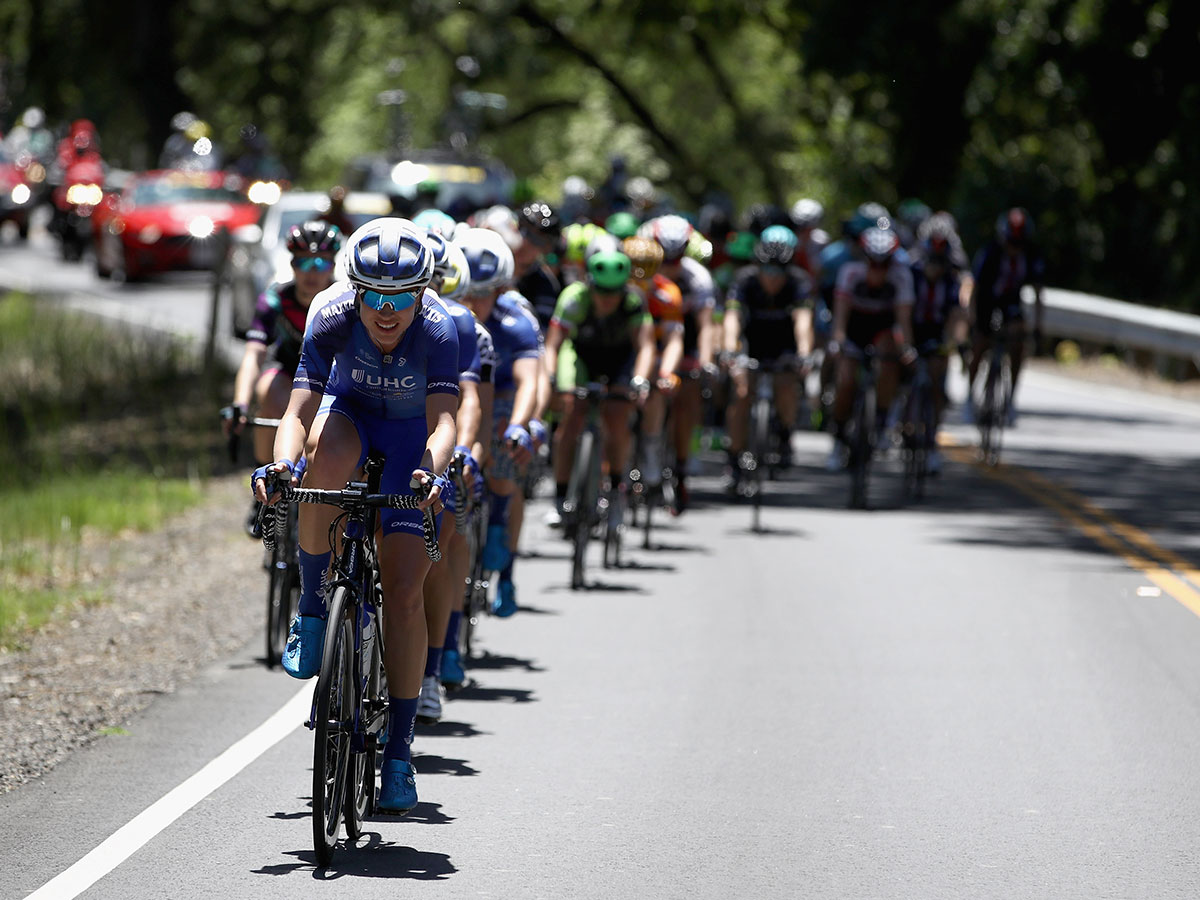 After a two-week break, the UCI Women’s WorldTour returned to racing in California, USA, and in Spain last weekend.

The Amgen Tour of California Women’s Race empowered with SRAM finished on Saturday with a bunch sprint in the Californian capital Sacramento, won by Arlenis Sierra (Astana Women’s Team).

However, overall victory went to Katie Hall (UnitedHealthcare Pro Cycling Team). In a repeat of last year’s South Lake Tahoe stage, the 31-year-old American again took victory atop stage two’s final short climb to the lake. After attacking on the 12km climb up to Daggett Summit with Tayler Wiles (Trek-Drops), Hall then dropped her compatriot on the final climb to take a comfortable win.

Kendall Ryan (Team TIBCO-Silicon Valley Bank) won stage 1 in Elk Grove from a bunch sprint. It was a first victory at UCI Women’s WorldTour level for Ryan, who was racing on Californian home soil.

In Spain, the WWT Emakumeen XXXI. Bira, concludes Tuesday May 22, with Mitchelton Scott’s Annemiek van Vleuten in the overall lead by a narrow 3 seconds over her team mate Georgia Williams going into the last stage.

In the UCI Women’s WorldTour Ranking Poland’s Katarzyna Niewiadoma (Canyon//SRAM Racing) moved up to second place after finishing third in California. Anna van der Breggen (Boels Dolmans Cyclingteam) continues to lead the rankings and may extend that lead this week as she races in Spain. In the Team and Youth Rankings nothing changed: Boels Dolmans Cyclingeam and Sofia Bertizzolo (Astana Women’s Team) remain comfortably in the lead.

The 28-year-old from Utah started cycling ten years ago while studying medicine. She started her professional career with Peanut Butter & Co Twenty12 in 2011, and has since ridden for Specialized-lululemon, Orica-AIS, and UnitedHealthcare Pro Cycling Team. She moved to Trek-Drops this season.

Wiles (nicknamed the Cookie Monster) has developed into a promising time trialist and climber. She won the hilly Tour Cycliste Féminin International de l’Ardèche in 2015, the Tour of the Gila and a stage at the Thüringen Rundfahrt in 2017 and has now achieved her best UCI Women’s WorldTour result to date with second place at the Amgen Tour of California Women’s Race empowered with SRAM.