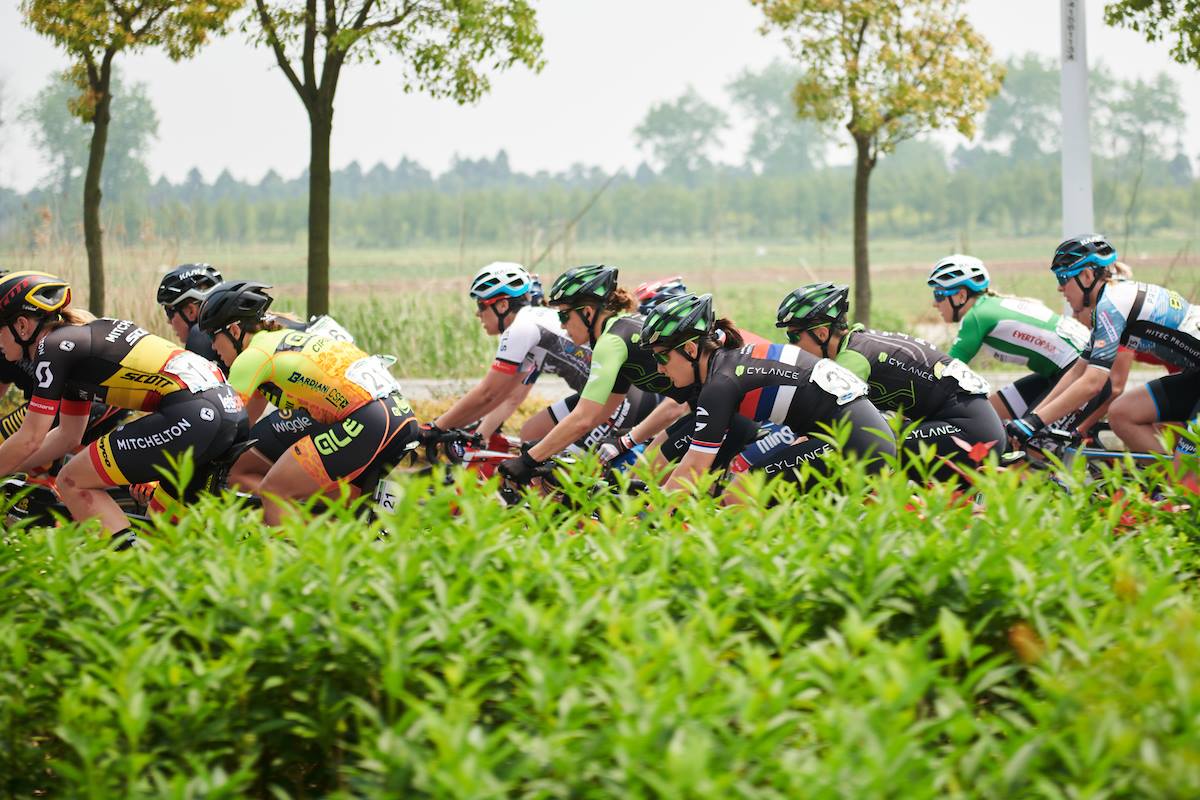 After an exciting Classics season in Europe, the UCI Women’s WorldTour moved to China for the first stage race of the season: the Tour of Chongming Island UCI Women’s WorldTour. The three-day race is usually for the sprinters, with three pan flat stages. But two big crashes inside the last two kilometres on day one and a successful five-strong breakaway on day two left only one real sprint finish on the final day, which was won by Kirsten Wild (Wiggle High5).

On the opening day Giorgia Bronzini (Cylance Pro Cycling) came through the crashes unscathed and sprinted into the first yellow jersey. But stage 2 was the big day for Charlotte Becker (Hitec Products – Birk Sport), who had already tried to break away on stage 1, without success. This time her group worked well together and made it to the finish, where Becker was the fastest, and won ahead of Australian Champion Shannon Malseed (Team Tibco-Silicon Valley Bank). This laid the foundation for her overall victory. The former German Champion brought the yellow jersey home 24 hours later to win the first UCIWWT stage race of her career ahead of Malseed and Russian Champion Anastasia Iakovenko (BTC City Ljubljana).

In the overall UCIWWT standings, not much changed: Anna van der Breggen (Boels Dolmans Cyclingteam) retained her lead as overall leader, Sofia Bertizzolo (Astana Women’s Team) held on to the light blue Santini jersey of the best young rider and Boels Dolmans Cyclingteam stayed in first place in the team classification – all without racing in China.

It’s ten years since “Lotte” won the Holland Ladies Tour, now known as Boels Ladies Tour and part of the UCIWWT. Until now, that remained Becker’s biggest stage race victory of her career.

Midway through the 2013 season, Becker changed teams from Argos-Shimano to Wiggle Honda and developed into one of the best domestiques and road captains in the peloton – especially as part of lead-out trains for sprinters such as Kirsten Wild. Her overall victory at the Tour of Chongming Island enabled her to shine in her own right.