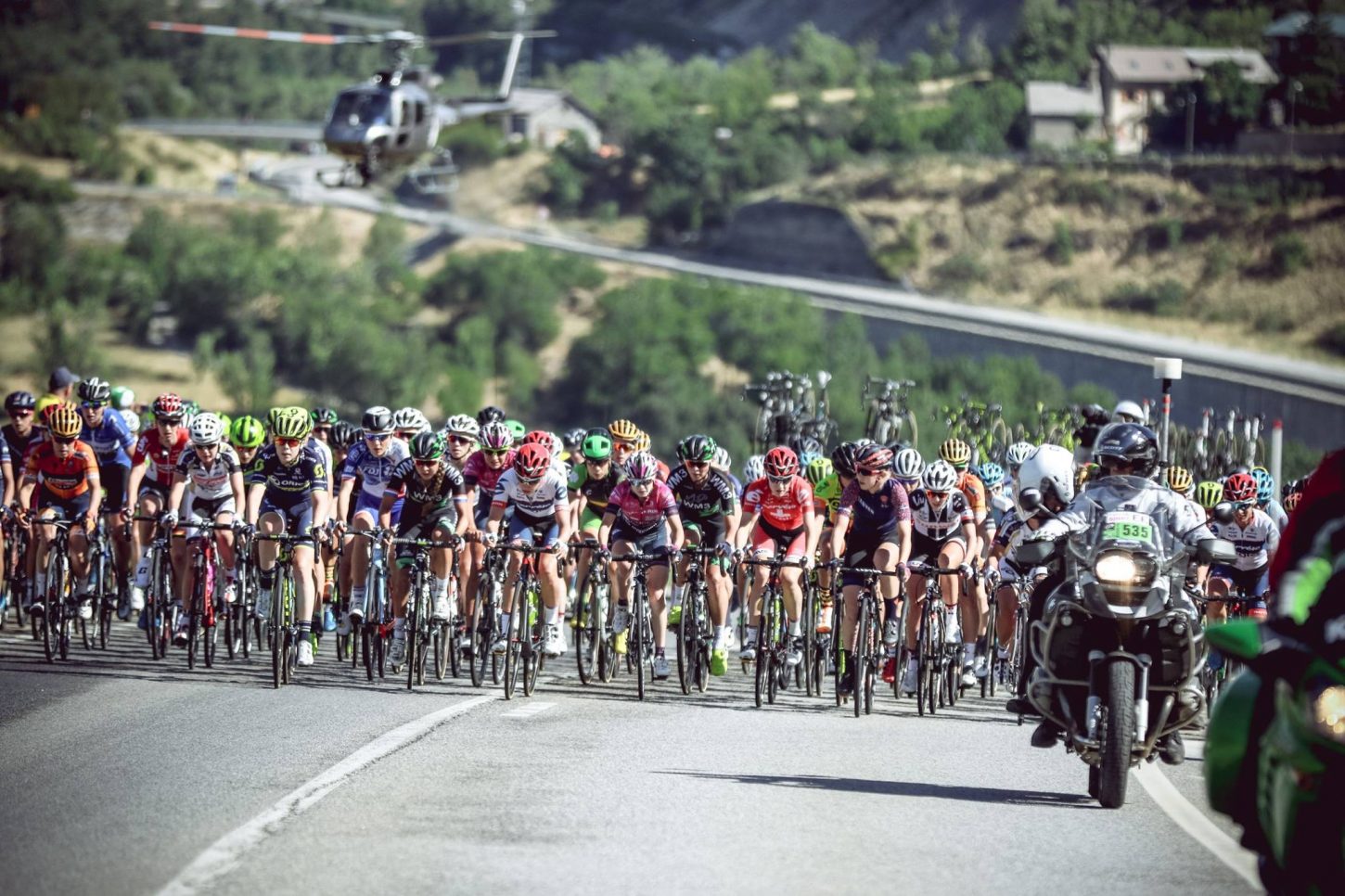 Under clear blue skies, the Alpine scenery of La Course by Le Tour de France provided the most beautiful canvas on which the women’s peloton painted a stunning race.

The race opened with a lap of Lake Annecy before heading into the mountains for the first of four climbs, the Col de Bluffy. Despite the climb, the bunch remained largely together until they reached the day’s two main challenges.

On the penultimate climb, the Col de Romme, Danish rider Cecilie Uttrup Ludwig attacked, catching the final rider of the race’s breakaway. She forged ahead alone, though was never able to establish a gap of more than one minute.

She was eventually caught as she reached the upper slopes of the 7.5km Col de la Colombière, at 8.5% average gradient which is the last obstacle of the race, setting the scene for the race finale.

Though she maintained a lead of around 10-15 seconds, it was only in the final 500 metres that Mitchelton-Scott rider Van Vleuten began to close the gap. Fighting with her bike, she eventually passed her former team-mate with just 25 metres of the 112.5km race to go, becoming the first woman to win La Course by Le Tour de France twice.

Finishing second ensured Van der Breggen’s lead in the UCI Women’s WorldTour individual standings was extended to 50 points, though Van Vleuten is now in second. For her part, 20-year-old Sofia Bertizzolo maintained her youth classification lead thanks to her 35th place finish.

A stellar performance at La Course by Le Tour de France last week may have been the ride which brought Leah Thomas to the world’s attention, but the UnitedHealthcare rider is no one-day wonder.

Though she is 29 years old, the American Thomas is relatively new to the professional peloton, beginning her career at TWENTY16-presented by Sho-Air in 2015, gaining international competitive experience within weeks of joining the US registered outfit.

The former runner enjoyed plenty of success in two further years with the squad, with fifth place at the 2016 Amgen Tour of California perhaps her greatest achievement.

Especially adept against the clock, victory at last year’s Tour of Gila individual time trial stands out among a number of top-ten placings during her time with TWENTY16.

This season, her first with UnitedHealthcare, has seen Thomas’s career move up a gear once again. In the spring she bagged top-ten finishes in the Joe Martin Stage Race, Tour of the Gila, and again in California, as well as both US Road and Time Trial Championships.

Such form has been rewarded during her European summer campaign, with stage race victory in the Czech Republic at the recent Tour de Feminin – O cenu Českého Švycarska.

Her starring role at La Course is proof not only of her talents, but her willingness to work for her team-mates, so expect to see much more from Leah Thomas in coming races.