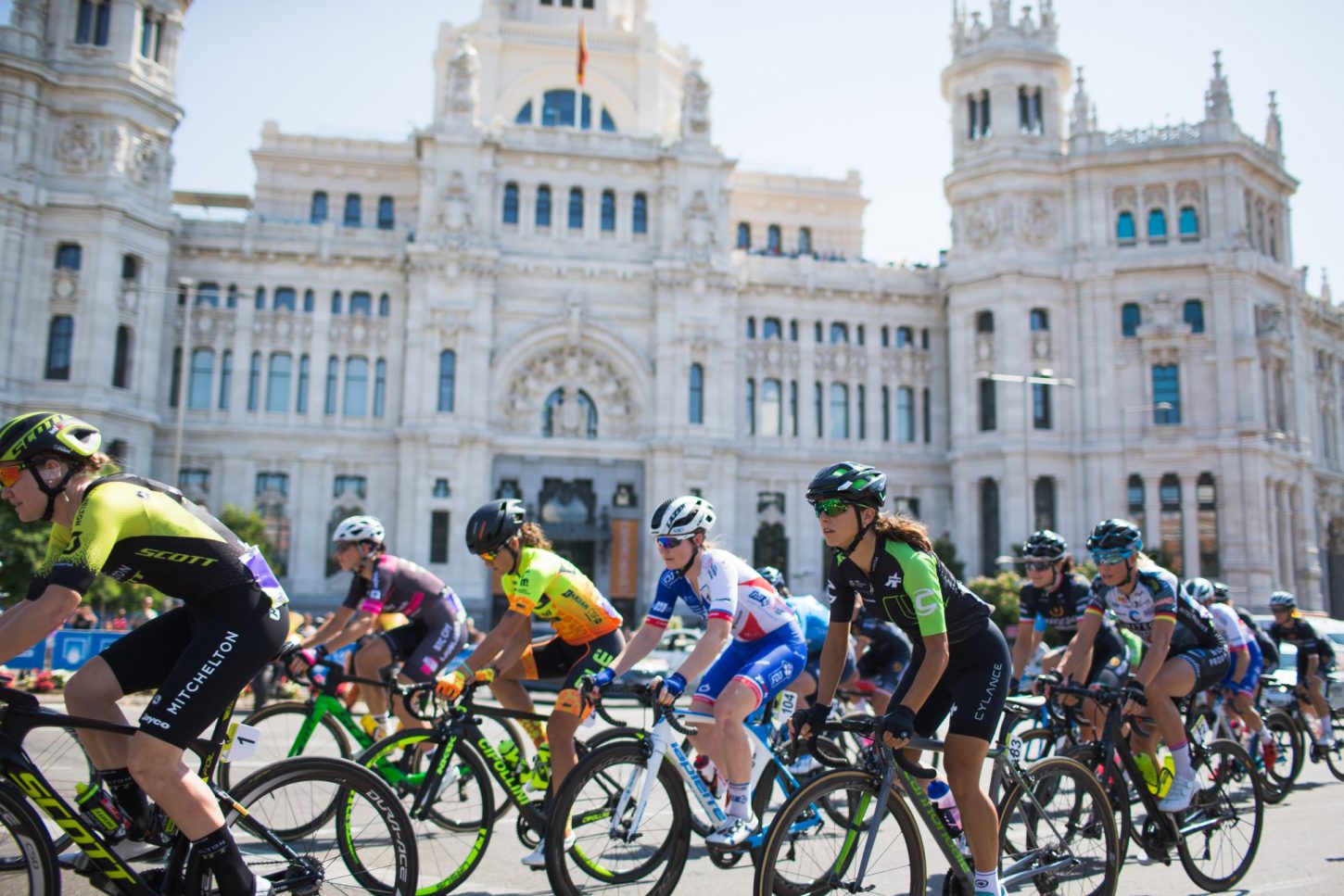 Ellen van Dijk won the final stage race of the UCI Women’s WorldTour season, the Madrid Challenge by La Vuelta last weekend. The race consisted of Saturday’s team time trial on the streets of Boadilla Del Monte and a road stage in the centre of Spain’s capital.

The time trial stage was hard fought on the technical 12.6km route with its short, steep climbs breaking the rhythm.

Hoping to defend their UCI World Champions title in the team time trial next week, Team Sunweb brought their best team and won the race ahead of a powerful Wiggle High5 outfit.

Bonus seconds made Sunday’s flat, 100.3km stage in central Madrid hugely intriguing, though eventually both stage and overall winner came from a 19-strong break which escaped with 40km to ride.

The UCI Women’s WorldTour classifications are all but decided, and none of the protagonists were present in Spain. Annemiek van Vleuten leads the individual standings, with Sofia Bertizzolo heading the youth classification. Boels Dolmans Cyclingteam remains at the head of the team competition.

Giorgia Bronzini finished her 16-year career as a professional in the perfect way, winning stage two of the Madrid Challenge by La Vuelta. It was the last of many victories for the 35-year-old Italian, whose greatest successes are her two victories at the UCI Road World Championships, in 2010 and 2011.

During her career, Bronzini proved to be an accomplished sprinter, but could also climb, taking wins on tough courses. She was also a team player, acting as road captain and passing on her considerable experience to others.

It is therefore perhaps appropriate that Bronzini will continue her career as a sport director next season.