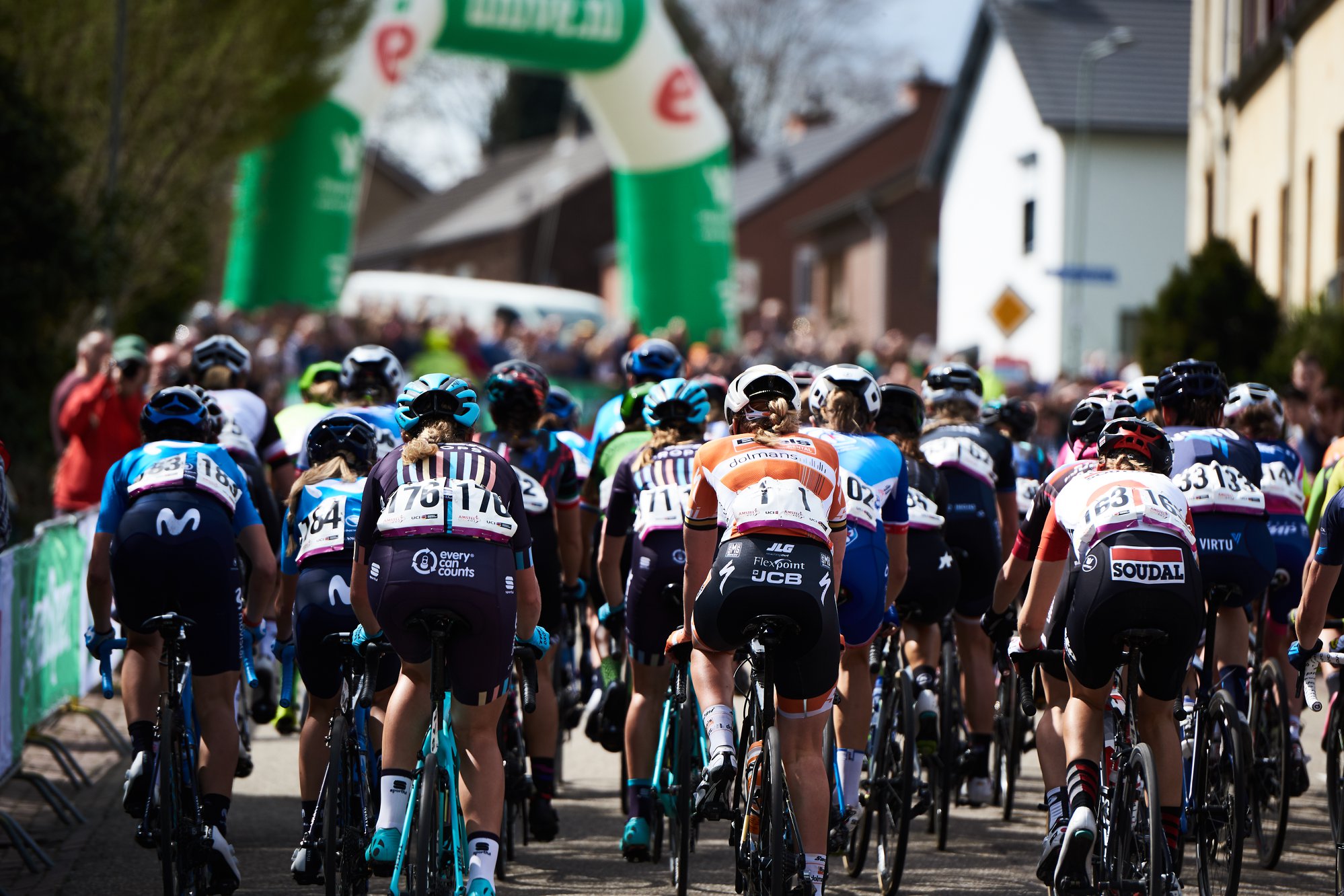 Amstel Gold Race Ladies, the seventh race of the 2018 UCI Women’ WorldTour, ended in yet another win for Boels Dolmans Cyclingteam, their fourth of this year’s series. For UCI World Champion Chantal Blaak, it was her first UCI Women’s WorldTour victory wearing the rainbow jersey.

Blaak, 28, sprinted to her win from a group of three, beating Lucinda Brand (Team Sunweb) and Amanda Spratt (Mitchelton Scott) into second and third places respectively.

The trio had been part of an eight-woman break which formed after a larger group emerged from the seventh of 17 climbs during the 116.9km race. The break contained representatives from all the most dominant teams, causing the chase in the peloton behind to stall.

Blaak tested her legs on the third of four ascents of the Cauberg, historically the race’s signature climb, so when Amanda Spratt surged ahead the next time round, with under two kilometers to go, the Dutch woman was confident she could follow.

In her second year with what is now Waowdeals Pro Cycling Team, 23-year-old Markus has been riding professionally for five seasons. The Dutch rider spent time on both the Parkhotel Valkenburg and Liv-Plantur teams before joining her current outfit at the start of the 2017 season.

She proved her promise in 2016, taking second place, from a breakaway, in the final stage of the Giro d’Italia Internazionale Femminile. Last year, however, brought the biggest successes of her career to date with victories at the EPZ Omloop van Borsele, as well as two stages and the general classification of the UCI 2.2 classified Gracia Orlova.