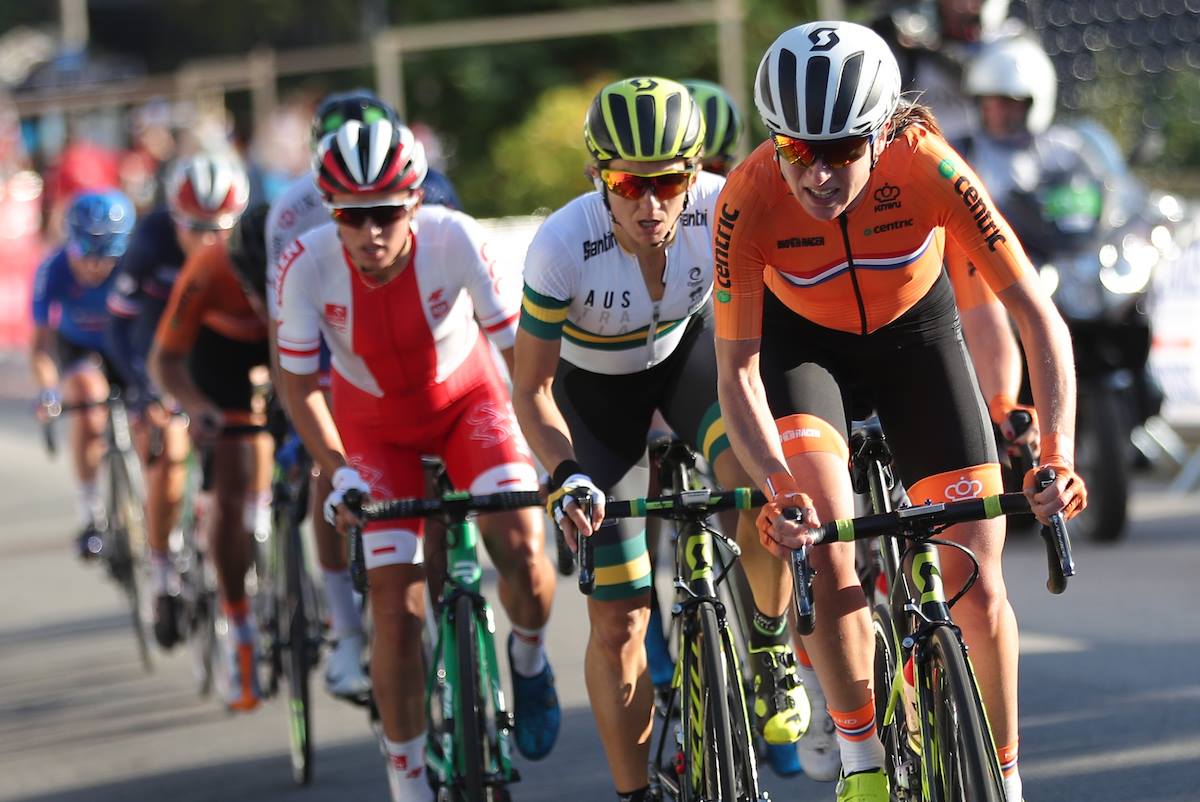 This weekend the women’s peloton will race on the white gravel roads of Tuscany at Strade Bianche, the first event of the 2018 UCI Women’s WorldTour. The winner will be awarded the Women’s WorldTour leader’s jersey and the story of the competition’s third season will begin.

They didn’t have it all their own way, however. Team Sunweb finished second in the team classification, their American sprinter Coryn Rivera proving her strength with victories early in the year.

Dutchwoman Annemiek van Vleuten had a stellar season, finishing second in the individual classification, and bagging some stunning victories, including a particularly dominant win at La Course by Le Tour de France. Her Orica Scott team battled for third place in the team standings with Wiggle-High5 which finally pipped the Australian outfit into third place.

Ninth place at last season’s opening race, Strade Bianche was enough to earn Cervélo Bigla Pro Cycling Team’s Cecilie Uttrup Ludwig the first blue jersey of the UCI Women’s WorldTour youth classification. Such was the young Danish rider’s dominance, she lost it for only one week throughout the year, finishing the season way ahead of her rivals.

After representing Great Britain as a Junior at the 2015 UCI Road World Championships in Richmond, USA, she signed for Italian team Servetto-Footon, riding a varied programme including the Giro d’Italia Internazionale Femminile in her first elite season.

Part of the senior team at the Qatar 2016 UCI Road World Championships, she joined British-registered Drops last season. Her best result was 13th overall at the Lotto Belgium Tour.

The daughter of Lisa Brambani, a former British road champion who won silver for England at the 1990 Commonwealth Games, Parkinson has stayed with the team, now called Trek-Drops for 2018.

Topping the youth classification at last week’s Setmana Ciclista Valenciana, her 11th place +overall is proof Parkinson has taken another step up this year.