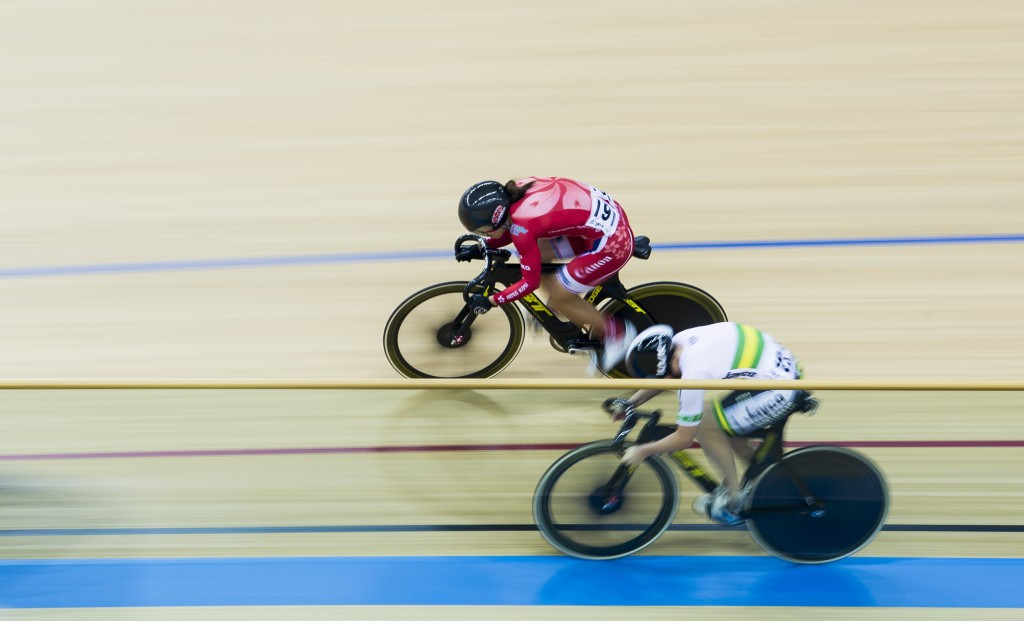 Dating back to 1893, the UCI Track Cycling World Championships are the oldest in cycling. Until 1900, the International Cycling Association, the predecessor to the UCI, regulated the sport, with the UCI taking over in 1900. The 2017 UCI Track Cycling World Championships presented by Tissot, taking place in Hong Kong on April 12-16, will be the 114th edition, and the second in Asia following the 1990 event at Maebashi, Japan.

A total of 370 athletes (220 men and 150 women) from 42 countries are registered for this year’s Championships. Titles will be awarded across 20 events, with the addition of the Women’s Madison for the first time bringing parity to the program for men and women. This year will see the opportunity for a number of new faces on the podium, with the post-Olympic retirement of some athletes.

The events contested at the UCI World Championships can be broadly broken down into sprint and endurance, with each of those having individual and team events.

The sprint events consist of the individual sprint, keirin, time trial (1000m for men and 500m for women) and team sprint. Many athletes compete in all events. Only one Olympic Champion from the individual sprint events at Rio will compete in Hong Kong – sprint gold medallist Kristina Vogel (Germany). Vogel has been almost untouchable in women’s competition since the Olympics, and is a clear favourite in all the events, including the team sprint, with her Olympic bronze medal partner Miriam Welte, who is also registered for Hong Kong. Other medal contenders include the Russian duo of Daria Shmeleva and Anastasiia Voinova, plus reigning sprint UCI World Champion and Olympic Champion in the team sprint Zhong Tianshi of China. Also watch for Lee Wai Sze, of host Hong Kong, who won the 500m time trial title in 2013, and took silver in the same event last year.

Rio triple gold medalist Jason Kenny of Great Britain is taking a hiatus from competition, leaving the door open on the men’s side for numerous contenders. Kenny’s compatriot Callum Skinner, who won Olympic gold with Kenny in the team sprint and silver in the individualsprint, will have the chance to step out of the shadow of his countryman. Others to watch for include defending keirin and 1000m time trial UCI World Champion Joachim Eilers (Germany), Denis Dmitriev (Russia), Rio 2016 bronze medallist in the individual sprint, Matthijs Büchli (the Netherlands), keirin silver medalist in Rio, Matthew Glaetzer (Australia), who won silver in the individual sprint at last year’s UCI World Championships, and Azizul Hasni Awang (Malaysia), who took bronze in the keirin at Rio and in the past two UCI World Championships. Finally, the complete Olympic silver medal team sprint squad from New Zealand will be in attendance – Edward Dawkins, Ethan Mitchell and Sam Webster.These riders will be medal contenders in both the team and individual events, while the Netherlands and Germany are strong podium contenders for the team sprint.

The endurance events consist of the Omnium, individual pursuit, scratch race, points race and the two team events – the team pursuit and the Madison. The Omnium has changed its format significantly, dropping the individual timed events. Great Britain took both the Omnium and team pursuit in the women’s competition at Rio, but Laura Trott, who won the Omnium and was a key member of the team pursuit squad, is taking a break as she is expecting her first child with husband Jason Kenny. Trott is also the reigning UCI World Champion in both the Omnium and the scratch race. Sarah Hammer (USA), the Rio 2016 Omnium silver medallist will be a favourite for the podium in the Omnium, scratch race and points race. Others to watch include Jolien D’Hoore (Belgium), the Olympic bronze medalist in the Omnium, Kirsten Wild (the Netherlands), the silver medalist at the 2016 UCI World Championships in the scratch race, Jasmin Duehring (Canada), the 2016 points race silver medallist, and Rebecca Wiasak (Australia), the defending individual pursuit UCI World Champion. In the team pursuit, Olympic Champion Great Britain is missing two riders from that team, but defending UCI World Champions USA and silver medallists Canada are both at full strength. The Madison is a new event for women, so there is no history other than two UCI World Cups this season, where Great Britain, France and Australia were the top teams.

In the men’s endurance events, a number of top riders are missing, including all three Olympic and UCI World Championship medallists from the Omnium, making this event wide open, particularly given the new format. The defending champions for the individual pursuit – Italian Filippo Ganna) – and scratch race –Spain’s Sebastian Mora – will both be in Hong Kong, as will points race silver and bronze medallists Andreas Graf (Austria) and Kenny de Ketele (Belgium). In the team events, the team pursuit Olympic Champion British squad is missing three of their four riders, and both the silver (Australia) and bronze (Denmark) teams are also missing key members. In the Madison, neither rider on the reigning British UCI World Champion team will be in Hong Kong, but both the silver (France) and bronze (Spain) teams will be in attendance.