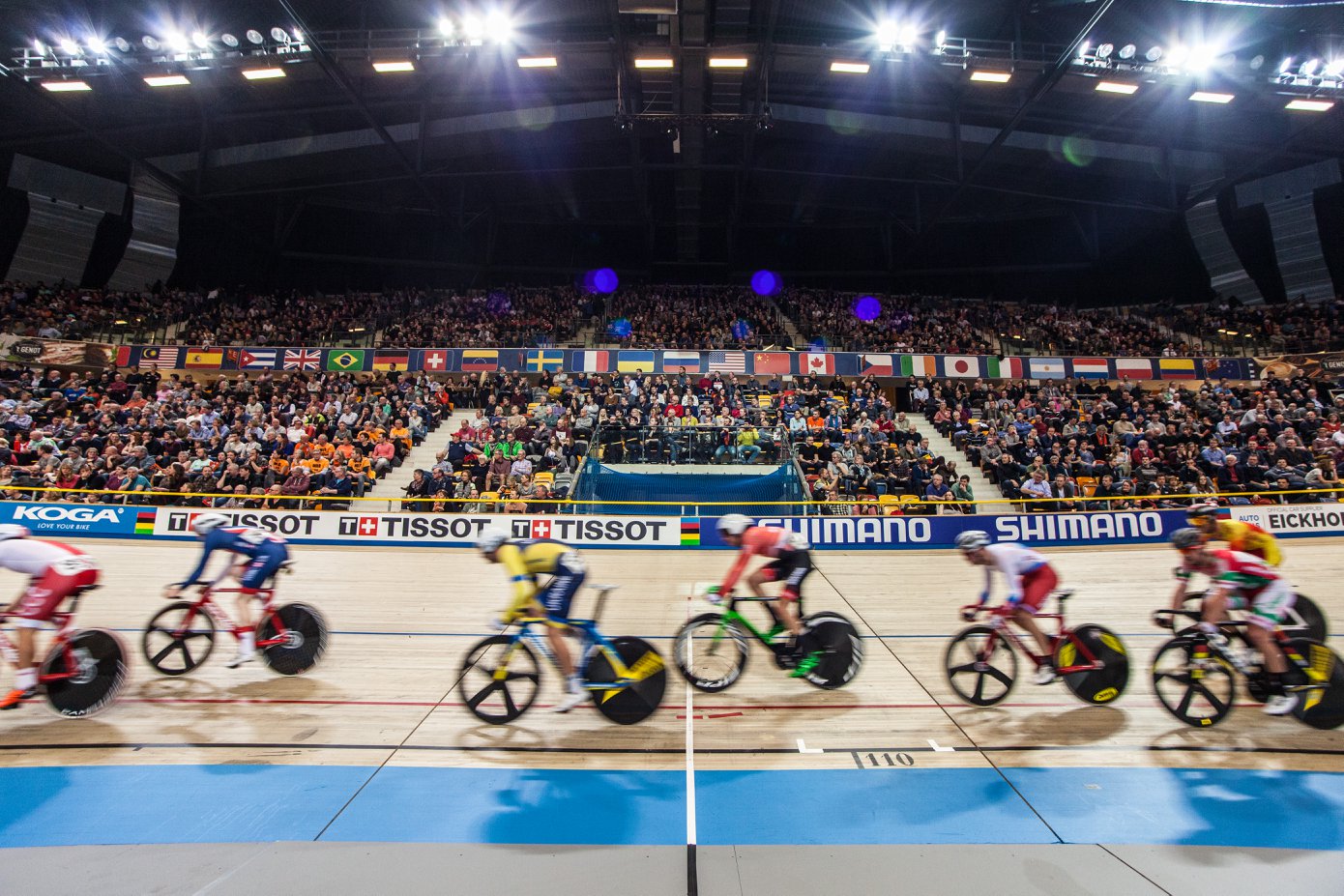 The third day of the track world championships in Apeldoorn brought Kristina Vogel (sprint) and Kirsten Wild (omnium) their second world title. Vogel beat Stephanie Morton of Australia in a three heat final.  Wild started strong in the omnium, won two out of four events and started the final points race with a big margin. The Dutch rider celebrated on the track and the home crowd celebrated with her. Italian rider Filippo Ganna won the individual pursuit and Cameron Meyer took home the points race win.

Vogel proved to be the strongest again, after winning the gold medal in the team sprint with her colleagues. The defending champion from Germany faced a tough battle against Morton, who had clocked the fastest time in the qualifying round. The Australian sprinter won the second heat and therefore a decider was needed. “The speed Stephanie has is her weapon. It meant I had to ride tactically. In the first heat I played it smart but in the second leg I gambled and lost. Luckily I managed to win the decider to keep this wonderful rainbow jersey,” Vogel commented. Pauline Grabosch completed the women’s sprint podium.

Wild never won a rainbow jersey on the Olympic omnium event, an event consisting of four different races. After she had won the scratch and elimination races, she had a solid lead ahead of the decisive points race. After winning two golds already, Wild is back on the boards on Saturday for the madison and Sunday for the points race.

“I am very happy with this world title. It may have looked easy from the outside but it surely wasn’t. I was pretty happy with the extra pair of eyes Peter Schep, the national coach, had. He knows how to read the race and that gives me peace and quiet on the track,” Wild commented. It is a special feeling to win on her home track. “I worked really hard for this and that makes it extra special to win in front of the home crowd. This is the best crowd in the world.”

Cameron Meyer controlled the points race from start to finish. “I was the favorite to many and that’s why I chose to control the race as much as I could. The points race is an event where you have to be very focused. This was also true for this race where many riders took a lap. In the end I managed to win the race.”

Jan Willem van Schip wowed the home crowd by winning the silver in the final sprint for double points. “I wanted to start easily but was part of a group that took a lap. I had to catch my breath after that lap because I did a bit too much. If I wanted a chance to step onto the podium, I had to go all out in that final sprint. I got some space and the crowd really supported me. That’s how I managed to take the silver medal.”

Ivo Oliveira (Portugal) rode an impressive qualifying round in the individual pursuit. In the final Filippo Ganna proved to be stronger than him. Russian rider Alexander Evtushenko joined Ganna and Oliveira on the podium. The men’s sprint tournament is down to eight riders.