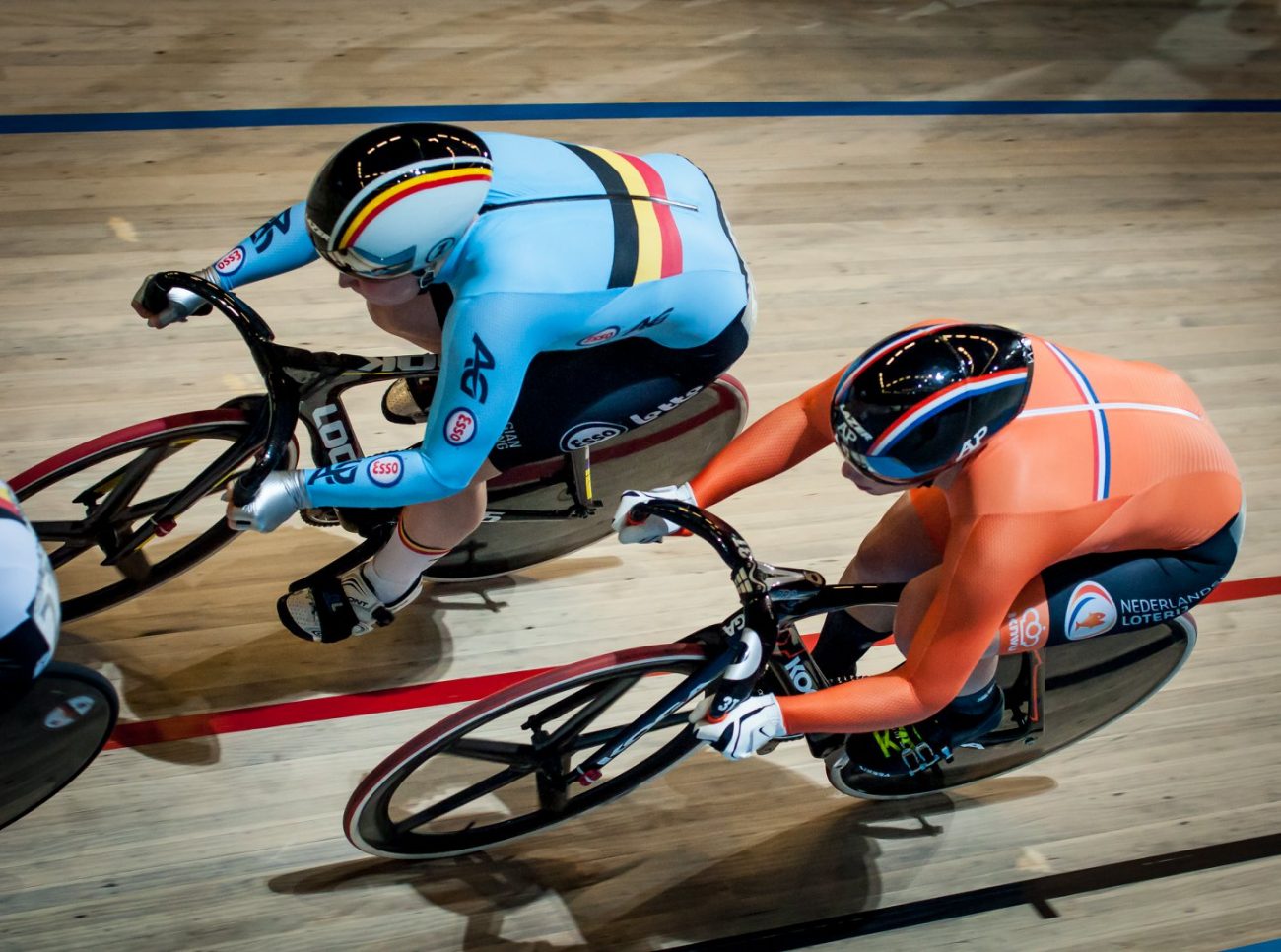 The fourth day of the track world championships in Apeldoorn resulted in world titles for riders from three continents. Szymon Sajnok (Poland) took gold in the men’s omnium, the British duo Katie Archibald/Emily Nelson dominated the madison, Germany’s Miriam Welte was the fastest over 500m and Australian Matthew Glaetzer won the sprint tournament.

The Dutch team played a prominent role in front of a sold out Omnisport on the penultimate day of the tournament. The added four medals to their tally and top the medal table.

The first world title of the day to be contested was the women’s 500m. Miriam Welte won her second world title in Apeldoorn, after riding to gold in the team sprint on Wednesday. Daria Shmeleva (Russia) and Elis Ligtlee from the Netherlands joined her on the podium.

The British madison team of Katie Archibald-Emily Nelson dominated the race. The Dutch team of Kirsten Wild/Amy Pieters had to settle for silver. Paternoster/ Confalonieri won the bronze medal for Italy.

Chloe Dygert took home the individual pursuit gold. The American rider was nothing short of impressive. On the Omnisport track she set a new world record in both the qualifying and final round. Annemiek van Vleuten took the silver medal at her first track championships. Kelly Catlin (USA) completed the podium.

Matthew Glaetzer (Australia) finally took his first individual sprint world title after being close for many years. He beat Jack Carlin (Great Britain) in two heats. Carlin rode a tactical race but there was nothing to do against the pure force the Australian brought to the game. European Champion Sébastien Vigier of France won the final for bronze against Maximilian Levy (Germany).

The omnium turned out to be a fascinating fight between Szymon Sajnok of Poland, home rider Jan Willem van Schip and Italian Simone Consonni. Sajnok finally took the overall win in an exciting points race ahead of Van Schip and Consonni.

The Netherlands added three silver and one bronze medal to their total. They top the medal table ahead of the final day of the 2018 Track Cycling World Championships in Apeldoorn.

The Netherlands ended the track world championships on Sunday with two extra gold medals. Jeffrey Hoogland already won gold on the team sprint and added another rainbow jersey to his collection by winning the kilometer time trial. Kirsten Wild goes home with no less than three rainbow jerseys. She already won the scratch and omnium and added the points race to her impressive total. Roger Kluge and Theo Reinhardt take home gold for Germany on the madison and Belgium celebrates a world keirin champion in Nicky Degrendele.

The first medals of the day were handed out for the women’s points race. Kirsten Wild was the big favorite before the race and continued her impressive gold rush in her fourth and last event of the week. She was already sure of the world title before the last sprint of the race. Jennifer Valente took home the silver for team USA and Jasmin Duehring completed the podium for Canada.

Wild was overjoyed after the race. “This is a very special moment in my career. I focused on taking as many points as I could. That strategy worked out so well that I already secured the world title before the last sprint. I went all out in that penultimate sprint to get that ten points margin which meant I was safe. Normally you only know your position after the last sprint of the race but this penultimate sprint enabled me to already celebrate another gold in the final ten laps,” Wild said.

The Dutch crowd was treated to another world champion only a few minutes later. Three Dutch riders qualified for the final kilometer time trial: Jeffrey Hoogland, Theo Bos and Sam Ligtlee. Hoogland set the fastest time in the finals, like he did in qualifying. Theo Bos rode to bronze behind the Australian Matthew Glaetzer. All three riders finished the kilo under a minute.

“I was so angry with myself after the sprint tournament,” Hoogland reacted. “I was eliminated way too early. My airways bothered me a little during the sprint but I also made a stupid mistake. I went into ‘recovery mode’ straight away and focused on this event. I am not a big fan of the kilo because you ride until you are completely empty. It is no fun to be so tired. But I knew I could win here and will now really enjoy the fact that I did it!”

The Brabançonne sounded for Belgian sprinter Nicky Degrendele. She won the keirin final ahead of Wai Sze Lee (Hong Kong) and Simona Krupeckaite (Lithuania). Degrendele already took home bronze last year and this year she went for the crown.

She shone in her new rainbow jersey. “I think I show that the bronze medal last year wasn’t just a one off thing. If you see who took part in this keirin tournament and then to realize that I win the gold….. This is a dream coming true. You have to take the race as it comes. To see that everything just clicks at the world championships is really special. My parents were here today and I will never forget this day.”

The last event of the week was the men’s madison. German duo Roger Kluge and Theo Reinhardt get to ride in the rainbow jersey for a full year. Spanish team Torres and Mora and Australians Meyer and Scotson completed the podium. “We came here with high expectations.” Kluge acknowledged. “We prepared well for this race and had a good team pursuit together. I knew the shape was there. I tried to keep up with Theo because he was so strong today.” His teammate added. “There was a strong field here but it’s great to have a German team on the top step of the podium again. It feel really happy to be able to wear this jersey. The shape was there and it is just wonderful to take home the gold.”

The Netherlands finished on top of the medal table with five gold, five silver and two bronze medals.