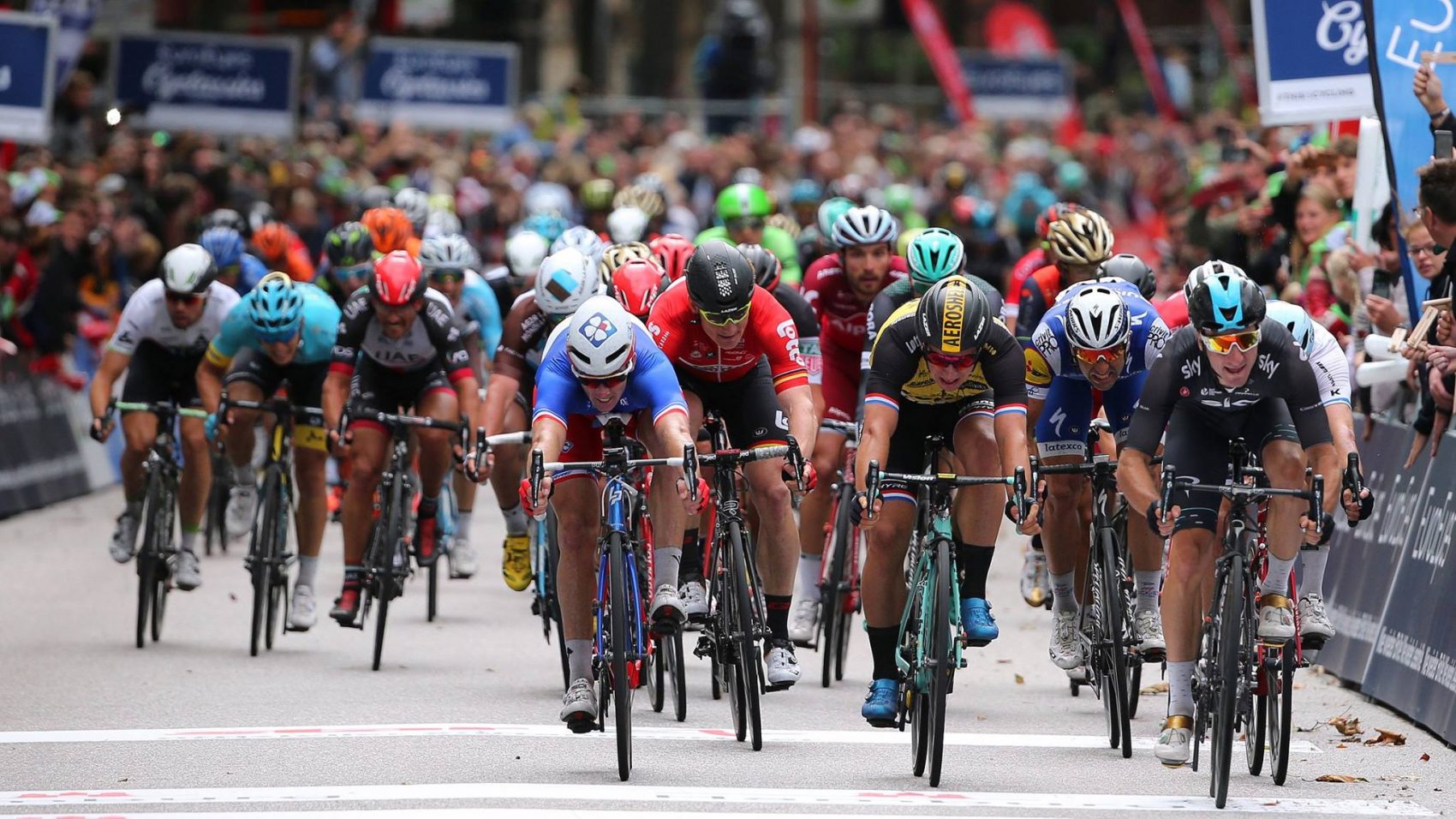 Sprinter Elia Viviani (Team Sky) has triumphed in Germany’s biggest one-day Classic, the Cyclassics Hamburg. Despite a puncture in the last 50 kilometres, the Italian star was well protected by his team-mates and came home victorious in the 220km event ahead of French National Champion and former winner Arnaud Démare (FDJ), with up-and-coming Dutch sprinter Dylan Groenewegen (Team Lotto NL-Jumbo) in third. This victory is the first for the 28-year-old at UCI WorldTour level since a stage of the Tour de Romandie in late April and is also the biggest one-day win of his eight-year professional career.

BMC Racing Team repeated their 2015 triumph in the opening team time trial of the Vuelta a España, placing Australian all-rounder Rohan Dennis in the top spot overall, by a narrow six-second margin over Quick-Step Floors. On the next day’s flat stage from Nîmes to Gruissan, however, the Belgian squad got their sporting revenge. Yves Lampaert scorched away in the final kilometre for a solo victory ahead of a bunch which had shattered to pieces in the crosswinds, simultaneously capturing the leader’s red jersey. Lampaert’s spell in the Vuelta a España lead is the first for Belgium since team-mate Philippe Gilbert headed the Spanish Grand Tour for five days back in 2010.

Emanuel Buchmann (Bora-Hansgrohe) is viewed as one of Germany’s most talented young stage racers. Buchmann’s professional career got off to a flying start when he won the road race at the German National Championships in 2015, his first season in the senior ranks. Since then he has finished 21st overall in the 2016 Tour de France, and seventh in the 2017 Critérium du Dauphiné, where he was the Best Young Rider winner. In this year’s Tour de France, when Bora-Hansgrohe team-mate Rafal Majka was injured and forced to abandon, Buchmann took over as the squad’s GC contender, taking home 15th place overall. Now the 24-year-old will see what he can achieve in his first ever Vuelta a España participation.