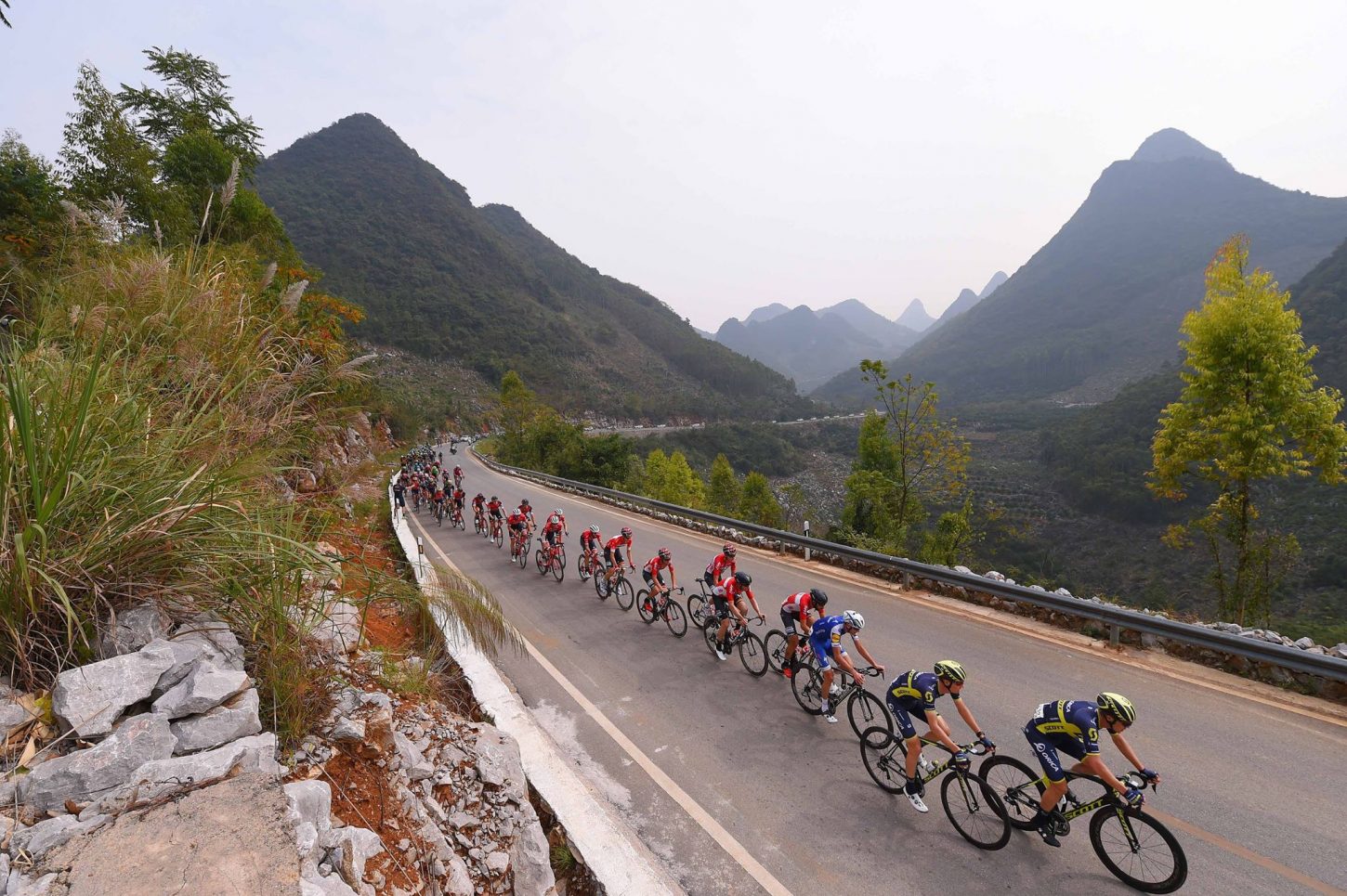 With all racing completed, Van Avermaet concluded his season with 3,582 points, having racked up key victories in Omloop Het Nieuwsblad, Gent-Wevelgem in Flanders Field, Record Bank E3 Harelbeke and Paris-Roubaix. Froome’s top results were the Tour de France overall, as well as the Vuelta Ciclista a España, in which he also picked up two stage wins and the points classification. Dumoulin, meanwhile, secured the Giro d’Italia overall along with two stages, as well as the BinckBank Tour.

Tim Wellens (Lotto Soudal) won the first ever edition of the GREE-Tour of Guangxi, the last race of the 2017 UCI WorldTour. The 26-year-old Belgian clinched the outright victory by moving into the lead with a win at the race’s one uphill finish, on stage four to Mashan Nongla, then defending his advantage through the final two stages. This is Wellens’ first overall victory in a UCI WorldTour stage race since the Tour de Pologne in 2016. Bauke Mollema (Trek-Segafredo) finished second, with Nicolas Roche (BMC Racing Team) third overall. Fernando Gaviria (Quick-Step Floors) netted no less than four stage wins out of a possible six, in bunch sprints.

Phil Bauhaus (Team Sunweb) first drew attention when he claimed the bronze medal in a bunch sprint at the 2014 German National Championships road race, aged just 19. Bauhaus turned pro in 2015 with Bora-Argon, securing his first big win, a stage of the PostNord Danmark Rundt-Tour of Denmark in 2016 before moving onto Team Sunweb, his first UCI WorldTeam, in 2017. So far, Bauhaus has displayed his sprinting skills to best effect in a stage of the Critérium du Dauphiné this summer, beating a host of top names including Arnaud Démare (FDJ) in the process. More wins are surely just around the corner.