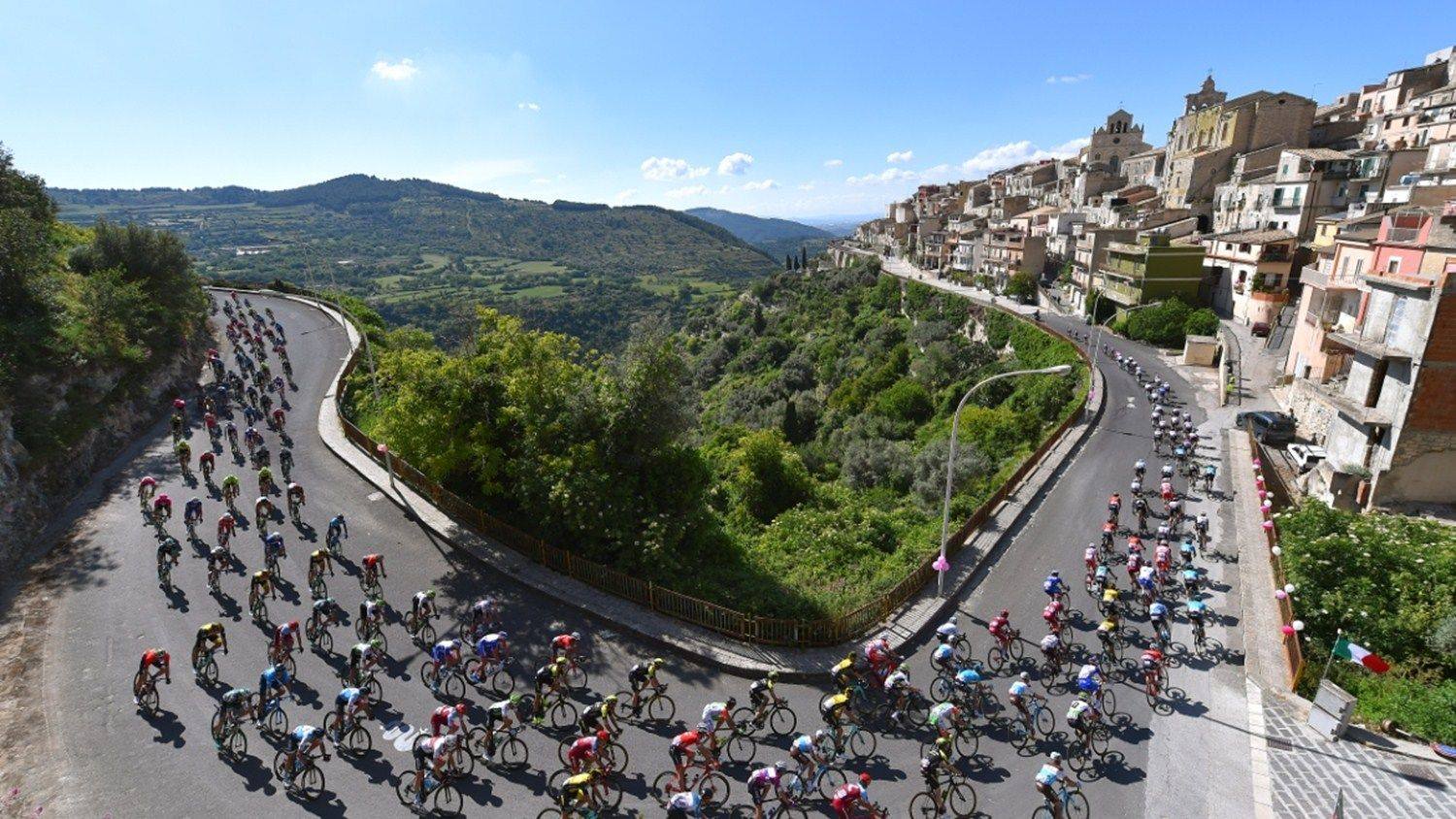 Simon Yates (Mitchelton-Scott) has reached the Giro d’Italia’s second rest day as race leader after an impressive win in the stage nine Gran Sasso d’Italia summit finish. The fourth British rider ever to lead the Giro d’Italia, Yates wrested the top spot on GC from BMC Racing Team’s Rohan Dennis on Thursday’s ascent of Mount Etna. Having placed a close second behind his team-mate Esteban Chaves on Mount Etna, the British rider showed his climbing strength again when he outsprinted France’s Thibaut Pinot (Groupama-FDJ) at the summit of the Gran Sasso.

Overall Yates goes into the second full week of the Giro d’Italia with a 32 second advantage over Chaves, whilst defending champion Tom Dumoulin (Team Sunweb) lies third at 38 seconds. Another top pre-race favorite, four-time Tour de France winner Chris Froome (Team Sky) has had a tough first week of the Giro d’Italia,crashing for a second time since the beginning of the event, and losing time on the Caltagirone and Gran Sasso d’Italia climbs. Froome is currently 11th overall, 2.27 down.

France’s Benoìt Cosnefroy (AG2R La Mondiale) is best known for his victory in the UCI Road World Championships U23 road race last autumn in Bergen, Norway, where he won a hard-fought two-way sprint just ahead of the peloton. By doing so, he became the fourth French U23 road race UCI World Champion in nine years.

Cosnefroy has a well-earned reputation as a breakaway specialist. He was part of AG2R Mondiale’s feeder team, the amateur Chambéry Cyclisme Formation squad, until he signed for the senior team in July last year. Cosnefroy took his first professional victory at the GP d’Isbergues one-day race from a break, just one week before triumphing in Bergen in the same way.

For his first full season, in 2018, Cosnefroy says his main objectives are to test himself in different types of races. Although riding a Grand Tour is unlikely until 2019, there are plenty of opportunities for Cosnefroy to shine in other events – and he will surely take them