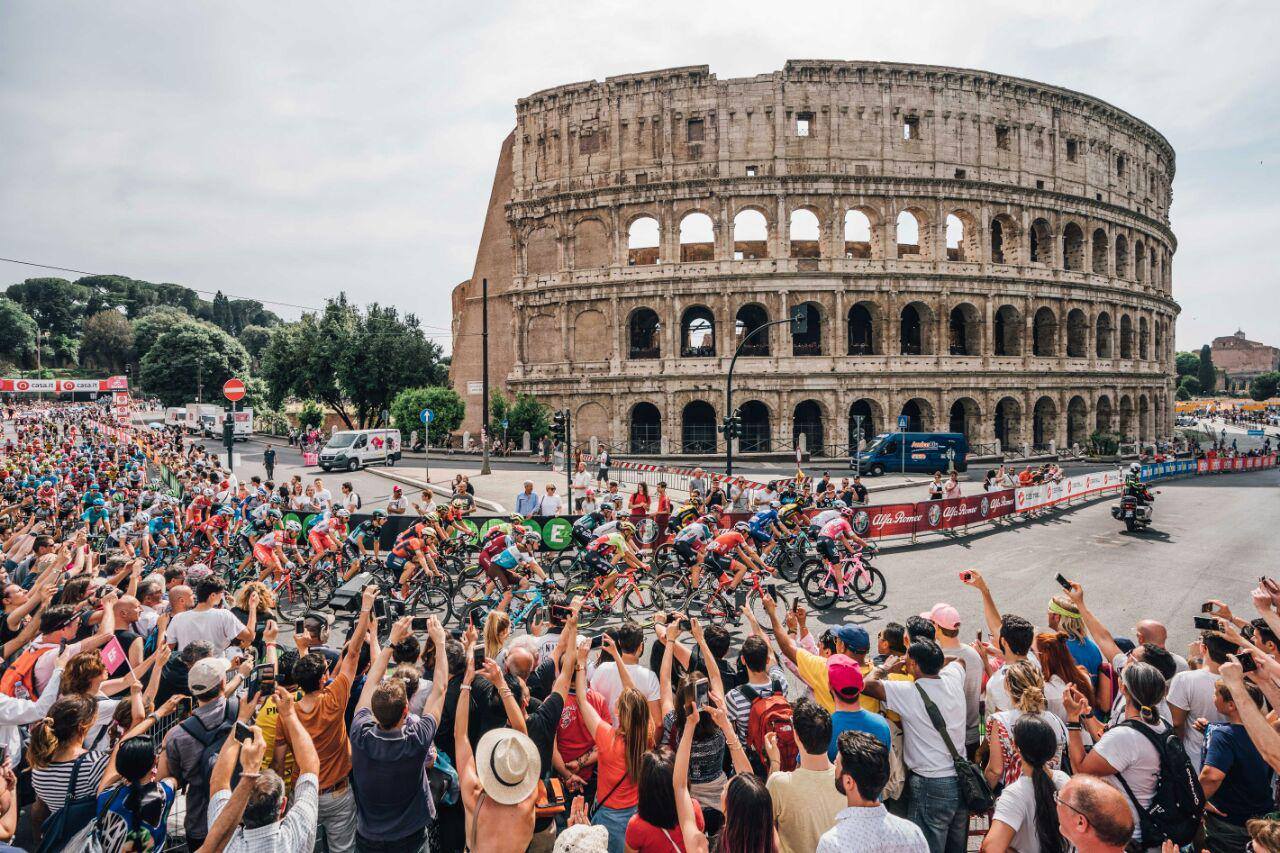 Chris Froome (Team Sky) has become Great Britain’s first ever winner of the Giro d’Italia after a stunning solo breakaway on stage 19. Having moved into the lead on stage 19, Froome subsequently retained his top spot overall on the following two stages, crossing the race’s final finishing line with a 46 second advantage in the general classification over defending champion Tom Dumoulin (Team Sunweb). Colombia’s Miguel Angel López (Astana Pro Team) completed the final podium, in third, four minutes and 57 seconds down.

The 33-year-old Team Sky racer had lost time steadily during the first two and a half weeks. But Froome’s long-distance solo attack on stage 19 saw the Briton reverse his fortunes in spectacular style and rise from fourth overall into the lead.

Thanks to his overall triumph in the 101st edition of the Giro d’Italia, Froome thus becomes the seventh rider in history to win all three Grand Tours, triumphing in the Vuelta a España last September and with four previous victories in the Tour de France.

In the UCI WorldTour Teams ranking, Quick-Step Floors remain the leaders, with 7979 points, but Mitchelton-Scott, with 5462 points are newly ranked as second, with BORA-hansgrohe dropping one place to a close third, just two points further back.

Belgium’s Victor Campenaerts came within a whisker of taking his first UCI WorldTour win race this May, when the Lotto-Soudal racer finished just two seconds down on winner Tom Dumoulin (Team Sunweb) in the opening time trial of the Giro d’Italia. A gifted racer against the clock with time trial victories in the European Championships at Elite and U-23 level, Campenaerts turned pro with Topsport Vlaanderen-Baloise in 2014. He was crowned Belgian National TT Champion in 2016, the same year he joined the UCI WorldTour with Team LottoNL-Jumbo. And after coming so close in the Giro d’Italia, a UCI WorldTour win now remains Campenaerts’ next big target.