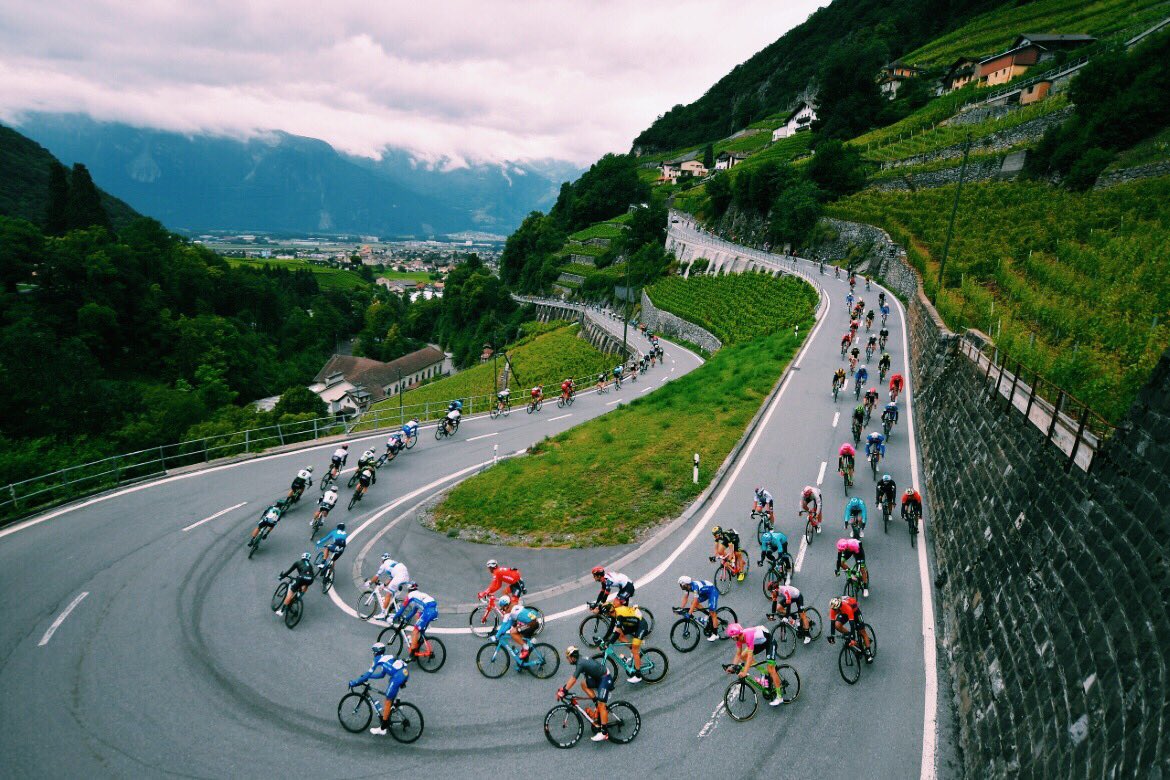 Richie Porte has become Australia’s first winner of the Tour de Suisse since Phil Anderson in 1985, thanks to consistently powerful racing and an impressive collective performance by his BMC Racing Team squad.

Already a winner of a string of other week-long stage races including Paris-Nice (twice), the Tour de Romandie, the Volta a Catalunya and the Santos Tour Down Under, Porte was propelled into a strong GC position in the Tour de Suisse with BMC Racing Team’s victory in the opening team time trial.

Porte then took over the leader’s jersey from team-mate Stefan Küng on the first major mountain stage at Leukerbad, won by Diego Ulissi (UAE Team Emirates). After snatching a few more seconds on his GC rivals with a surprise late attack on stage six, Porte successfully defended his lead both in a second mountainous stage, and again on Sunday’s final time trial, won by Stefan Küng.

The Australian veteran, whose next top goal is the Tour de France, described the Tour de Suisse as his biggest victory to date and said it was a fitting tribute to former team owner Andy Rihs, who died in April. As Porte put it, “To come here after the passing of Andy Rihs earlier in the season and win his home tour, it’s a massive satisfaction.”

Quintana made a long range attack on the road to Arosa on stage seven, moving away 25 kilometers from the finish. It was not enough to topple overall leader Richie Porte, but netted Quintana the stage win and ensured a third place overall behind Porte and Jakob Fuglsang (Astana Pro Team). A prestigious victory in itself, winning in the mountains of the Tour de Suisse will also have increased Quintana’s already high hopes for July.

Ryan Mullen often says that his most painful defeat to date was not as a professional. Rather it was in the 2014 UCI Road World Championships, when the Irishman missed out on gold in the U-23 time trial by the agonisingly narrow margin of 0.4 seconds.

Even so, Mullen’s profile as a gifted time triallist was well established by his near-miss there, and since turning pro for Cannondale-Drapac in 2016, he has garnered some impressive results, both in time trials and elsewhere. These have culminated in a rare ‘double’ National Championships, securing both the senior National road race and time trial titles in the same year, the latter for a third time.

In 2018, Mullen switched squads to Trek-Segafredo. Halfway through his third season in the UCI WorldTour, the 23-year-old has taken a victory in the early season Vuelta a San Juan time trial, and has completed his first Grand Tour, the Giro d’Italia.