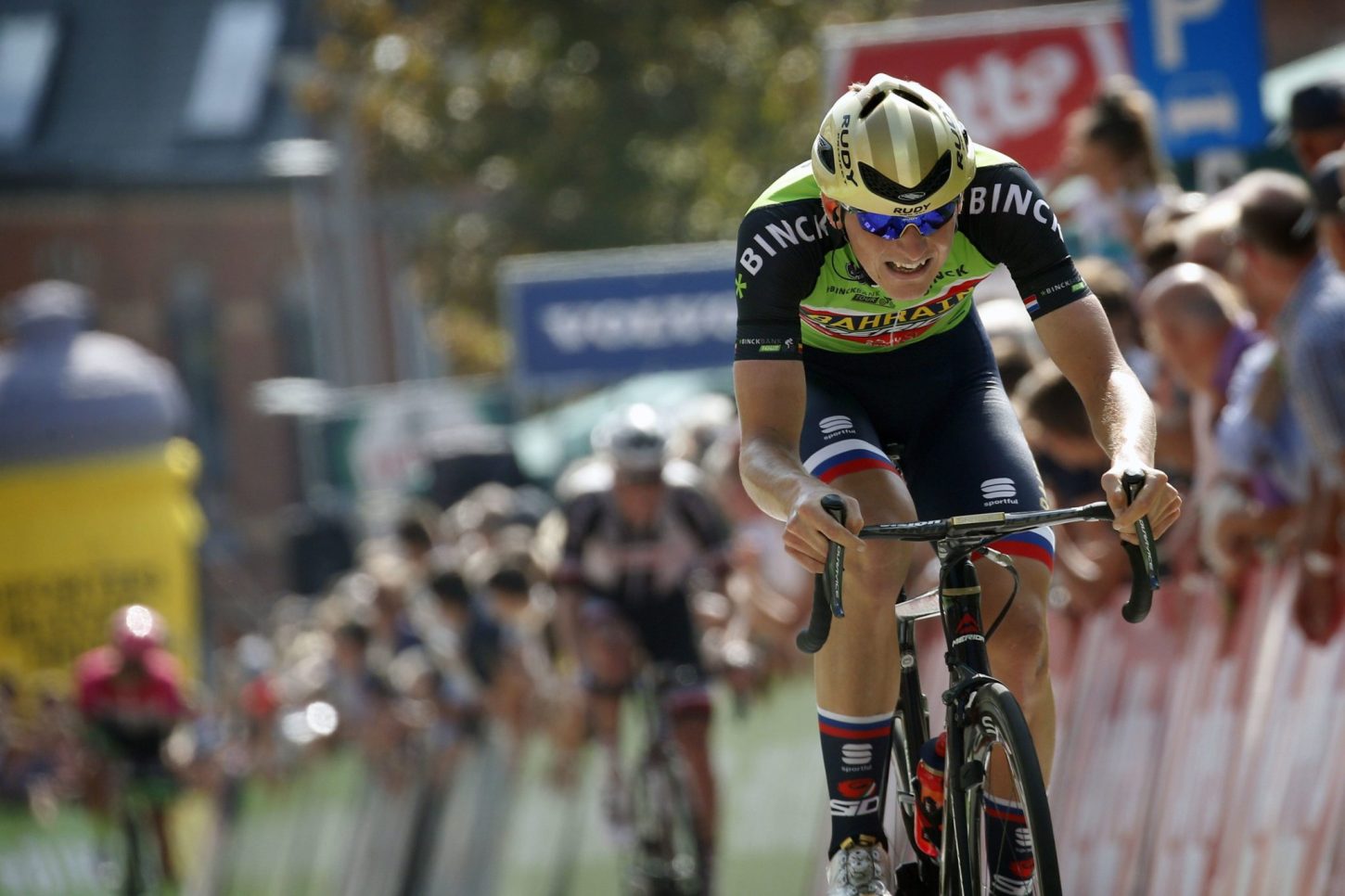 Slovenia’s Matej Mohoric (Bahrain-Merida) survived a tough final day in the BinckBank Tour to claim the overall victory, whilst a strong late attack on the last stage by Michael Matthews secured the Team Sunweb racer an impressive win and second place on GC.

Mohoric took over the BinckBank Tour lead after a stage three breakaway and successfully defended his position for the following four days. However, Mohoric was distanced by Matthews on stage seven’s multiple assault of the iconic Geraardsbergen ascent in Belgium. The Australian secured valuable bonus seconds with the stage win, but Mohoric’s 13th place on the stage was just enough to keep him ahead of Matthews overall, by five seconds. Lotto-Soudal rider and local favourite Tim Wellens completed the final podium in third, 20 seconds back.

UCI WorldTour leader Peter Sagan (BORA-hansgrohe) has been confirmed as a participant in the upcoming Vuelta Ciclista a España. Sagan recently finished tenth in the Cyclassics Hamburg. Spanish contender Mikel Landa (Movistar Team) will, however, not be taking part as a result of his injuries from crashes in the Clásica San Sebastián and Tour de France.

Marc Sarreau (Groupama-FDJ) is steadily forging a reputation as one of France’s up-and coming young sprinters. Now 25, Sarreau’s first races were spent learning the ropes as a stagiare in 2014 with the FDJ squad alongside Arnaud Demare, helping Demare take three wins and the overall classification in the Tour de l’Eurometropole.

Sarreau’s first victory came the following year in a stage of the Tour du Poitou-Charantes. In 2016 he raced, but did not finish, his first Grand Tour at the Giro d’Italia. In 2018, however, he has taken a big step up, winning two stages of the Etoile de Bessèges, his first one-day race at La Roue Tourangelle, a stage of the Circuit de la Sarthe and his biggest victory to date, a stage of the 4 Jours De Dunkerque. A first UCI WorldTour win is surely in the offing.