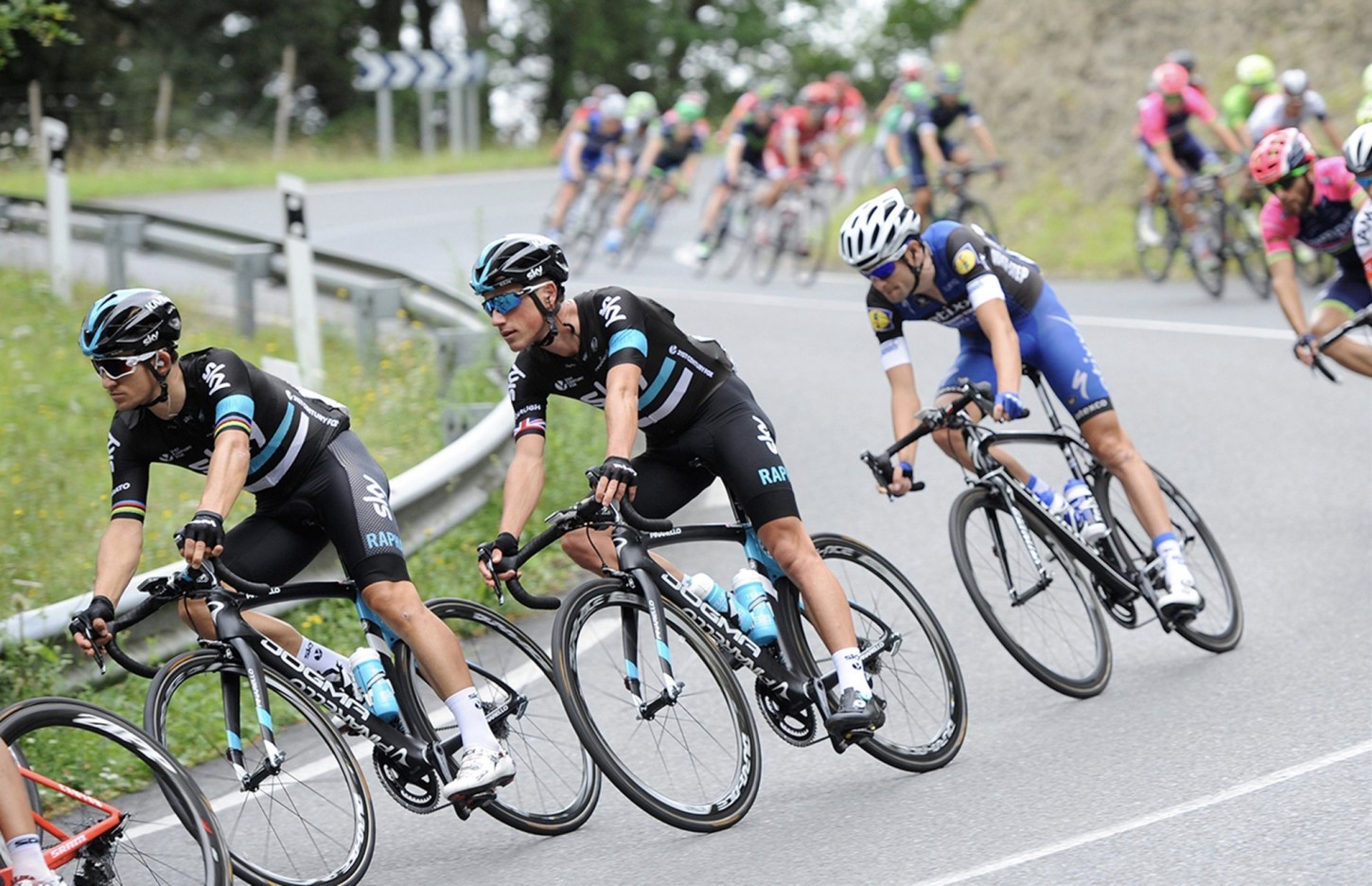 Bauke Mollema (Trek-Segafredo) claimed the biggest one-day win of his nine-year career with a lone victory in the Clásica San Sebastián. Mollema, who looked to be set for a top three placing in the Tour de France before crashing in the final week, bounced back from his disappointment in convincing style after breaking away over the summit of the Clásica’s new last climb, the Murgil Tontorra. Second and third were two former winners of the Spanish one-day Classic, Tony Gallopin (Lotto-Soudal) and Alejandro Valverde (Movistar Team).

The UCI confirmed that it tested extensively for technological fraud on this year’s Tour de France. Tests were carried out unannounced, prior, during or after racing. All checks, 3,773 using magnetic resistance technology as well as supplementary methods of detection such as thermal imaging and X-rays, have been negative.

As of July 24th, Peter Sagan also leads in the UCI WorldRanking, with 3,233 points. Chris Froome (Team Sky) has gained 28 places to move into second overall with 2,569 points.France is still top nation ahead of Spain, but Great Britain have advanced from eighth to third.

– What you should know about… Vuelta a España –

The Vuelta a España was first raced in 1935. After interruptions because of the Spanish Civil War and economic difficulties during its earliest period of existence, the Vuelta a España has been held continuously since 1955. In 2015 it celebrated its seventieth edition.

Initially two weeks long, it was later extended to three weeks and has an average length of around 3,000 kilometres. Modern-day editions of the Vuelta tend to have short, punchy stages with numerous summit finishes – in 2016 there will be ten.

Spain’s capital, Madrid, has hosted most starts and finishes and is the traditional finish city for the last stage.

Last year the race was won by Fabio Aru of Italy.

Professional since 2013, Italian Fabio Aru, 26, races with the Astana Pro Team. Since then he has established a reputation as a Grand Tour and stage race specialist. In 2014, he took a stand-out stage victory in the Giro d’Italia and finished third overall, followed by fifth place overall in the Vuelta a España. In 2015, he was second in the Giro d’Italia and claimed his first and to date only Grand Tour win in the Vuelta a España.

Kirsten Wild (Hitec Products) won the richest women’s race on the UCI Women’s WorldTour calendar in London on Saturday. The powerful Dutchwoman sprinted to victory on The Mall to win the Prudential RideLondon Classique ahead of Nina Kessler (Lensworld-Zannata) and Leah Kirchmann (Liv-Plantur).

Wild’s victory saw her claim €25,000 from the €100,000 prize purse. The win is Wild’s second in the UCI Women’s WorldTour. She also won a stage at the Amgen Tour of California.

The 66-kilometer race in central London was aggressive from the gun. The attacks started on the second lap of the the 5.5-kilometre circuit, with riders constantly attempting to slip the stronghold of a motivated peloton.

The field stayed together in the final two laps as the sprint trains began to organise. Wild managed to avoid a crash in the middle of the road to claim what Hitec Products team manger Karl Lima called “the greatest win in our history”.

After 13 rounds and 31 days of racing, the UCI Women’s WorldTour has covered 3103.9 kilometers.

– What you should know about the Rio 2016 Olympic Games –

Kirsten Wild’s Prudential RideLondon Classique win is another big sprint victory in her impressive palamares. The 33-year-old turned professional with @Home Cycling Team in 2004 and has been winning fast finishes for over ten years. Equally successful on the track, Wild will represent the Netherlands in the Omnium at the 2016 Rio Olympic Games.

Watch this video to learn more about Kirsten Wild.