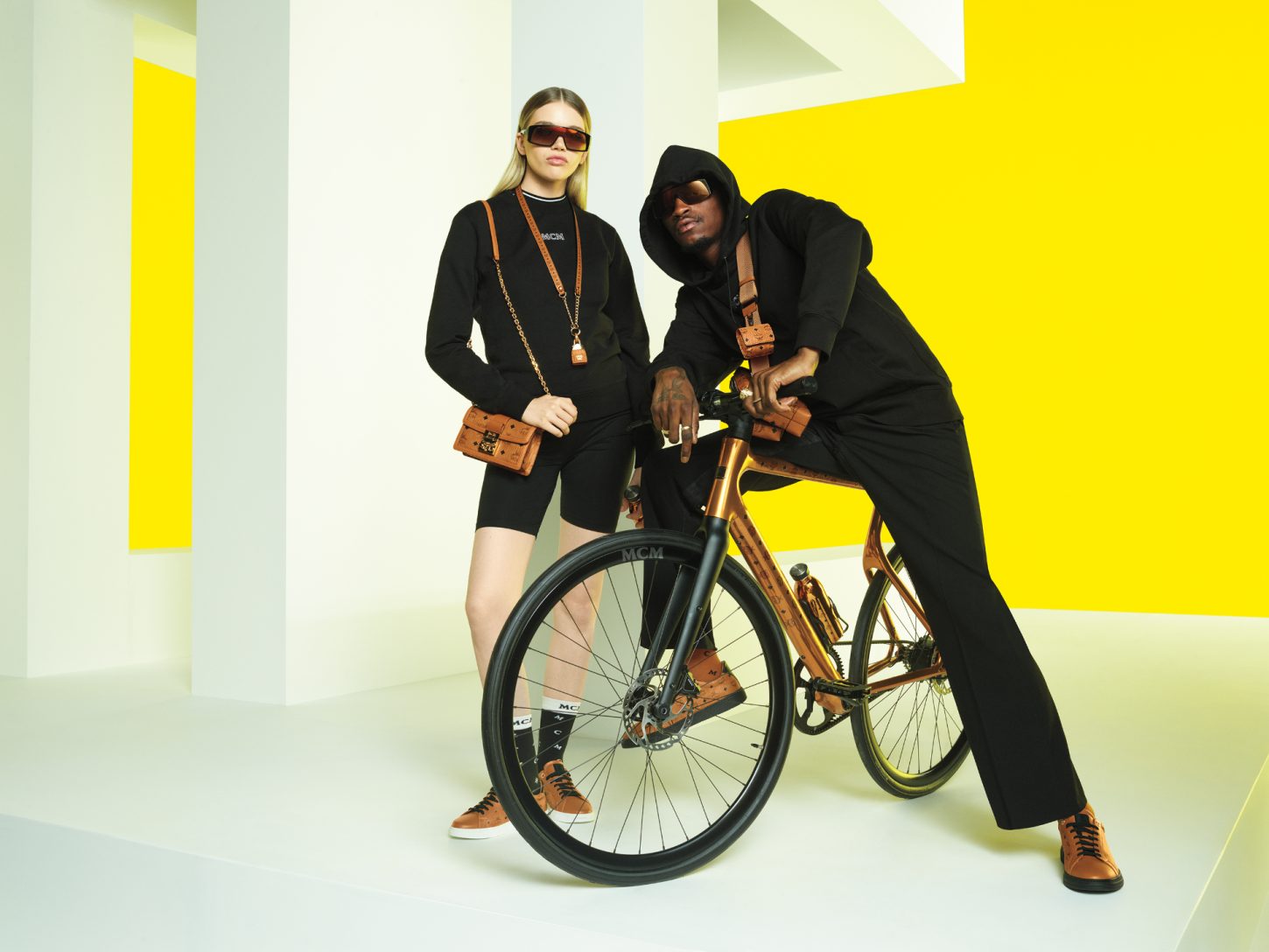 “Driven by forward-looking technology and luxurious textiles, Urwahn has joined forces with MCM to create the world’s first luxury e-bike from the 3D printer. This eye-catcher is the result of an exclusive collaboration between two worlds that could not be more different. True to the motto high fashion meets disruptive mobility, a unique luxury e-bike has been created that is strictly limited to 50 pieces worldwide,” says Urwahn Bikes.

“As part of the collaboration, we have made a unique mark on urban mobility by combining the luxury of MCM with the innovation of Urwahn. The result is a high-performance and strictly limited e-bike that is unparalleled in form, color and function. Especially in the design, we have deeply incorporated all facets of both brands, resulting in a sophisticated look with sustainably oriented value creation. A technological masterpiece as an interpretation of two worlds that will enjoy great popularity on the occasion of MCM’s 45th anniversary,” adds Sebastian Meinecke, founder, CEO and designer of Urwahn Bikes.

The MCM EDT features a specially shaped 3D-printed steel frame, complete with genuine copper plating to create a distinctive finish for MCM’s Visetos Monogram and logo that run along the entire bike, including a custom brass plate on the headtube that serializes the bike.

If that’s not enough, the bike is further punctuated with a matching copper water bottle from 24Bottles.

Beneath the design, the MCM EDT is powered by a MAHLE ebikemotion electric motor that delivers 40 Nm of torque to the rear wheel via a Gates Belt-Drive system, along with a downtube enclosed battery that can provide up to 80 kilometers of travel.

The bike is also equipped with integrated handlebar and seatpost LED lights for enhanced visibility.

“We aimed for a collaboration that transports the essence of mobility from the past to the future. We are very proud to partner with Urwahn to introduce the world’s first luxury e-bike from the 3D printer. Urwahn is an innovative company known for its high-end technologies, the perfect partner to celebrate our 45th anniversary with this luxurious masterpiece,” Dirk Schönberger, Chief Creative Officer of MCM.

MCM’s 45-year history can be traced back to 1976 in Munich, a period of groundbreaking innovations in art and music.

The campaign was shot in Berlin to embody the brand’s global transcendence and cultural significance, uniting MCM’s roots in music, travel and mobility.

A limited number of MCM EDT bikes will be on display at selected MCM flagship stores across the globe, including New York, Los Angeles, Atlanta, Munich, Zurich, London, Dubai, Tokyo, Shanghai and Seoul that can be purchased for 9,499€.