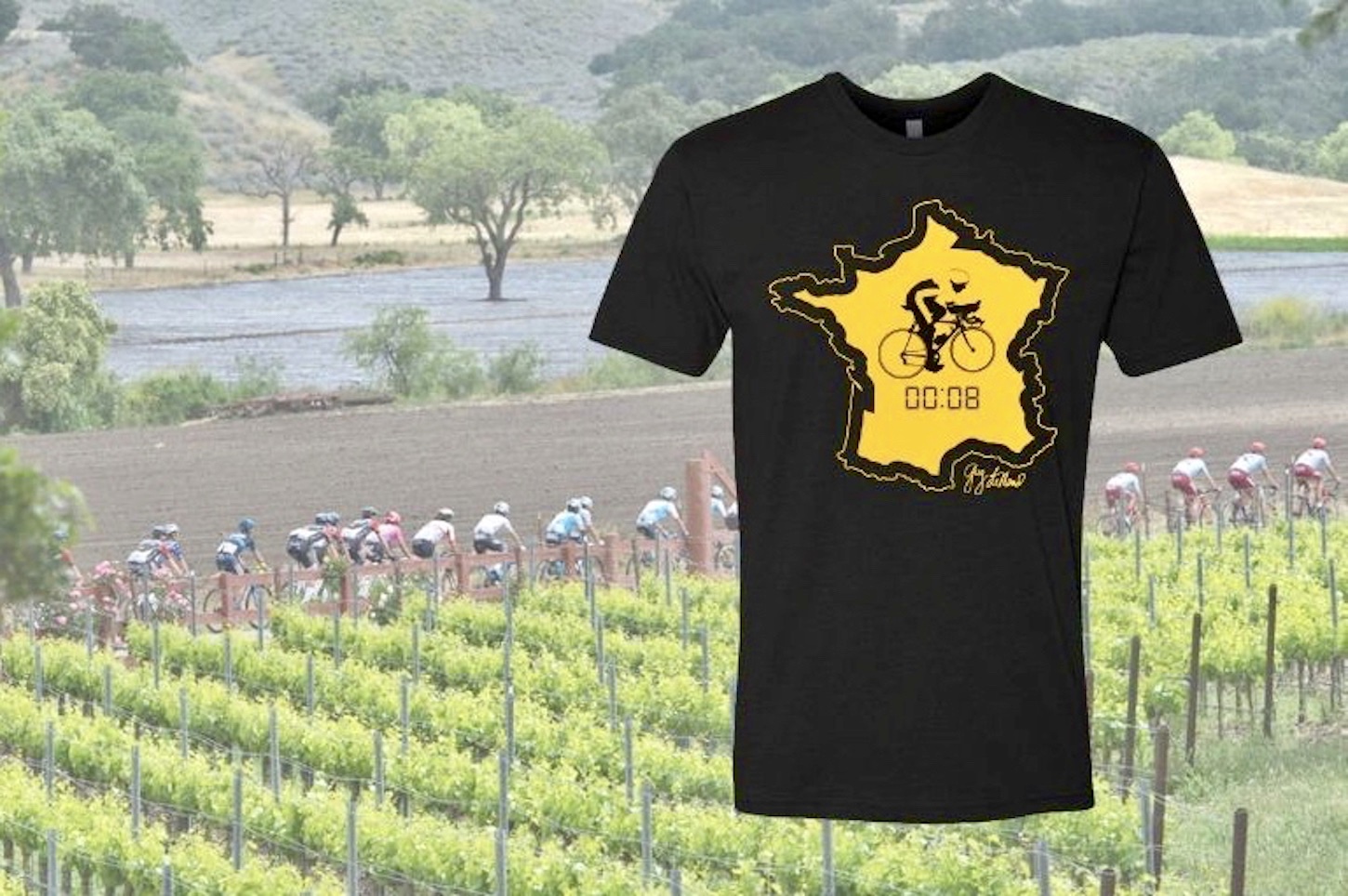 According to USA Cycling, net proceeds from the sale of the shirts will be used to fund the U.S. National Team and Knoxville, Tennessee, cycling programs, which are part of the organization’s new series of LEGENDS merchandise.

LeMond relocated to Oak Ridge a few years back in order to oversee his composites company.

“I was energized by the local Knoxville cycling community and by USA Cycling’s new direction,” he said in a statement. “I’m humbled by having my 1989 victory acknowledged by USA Cycling’s Legends line and hope we can attract more kids to cycling, support the cycling lifestyle in Knoxville and help the journey of our next champions.”

Rob DeMartini, USA Cycling’s CEO and president, said, “Greg LeMond’s victory in 1989 was one of the most thrilling moments in sports.”

“In honor of our upcoming 100th anniversary, our Legends series will pay tribute to historical athletes and events from the past 100 years of U.S. cycling history. Thirty years ago, Greg LeMond’s eight-second victory launched a generation of cyclists. Our goal is to celebrate our heroes from the past and to inspire the next generation of American cyclists.”

USA Cycling’s LEGENDS merchandise line is available at usacycling.org/shop, more items will be unveiled through 2019 and during USA Cycling’s 100th anniversary in 2020.