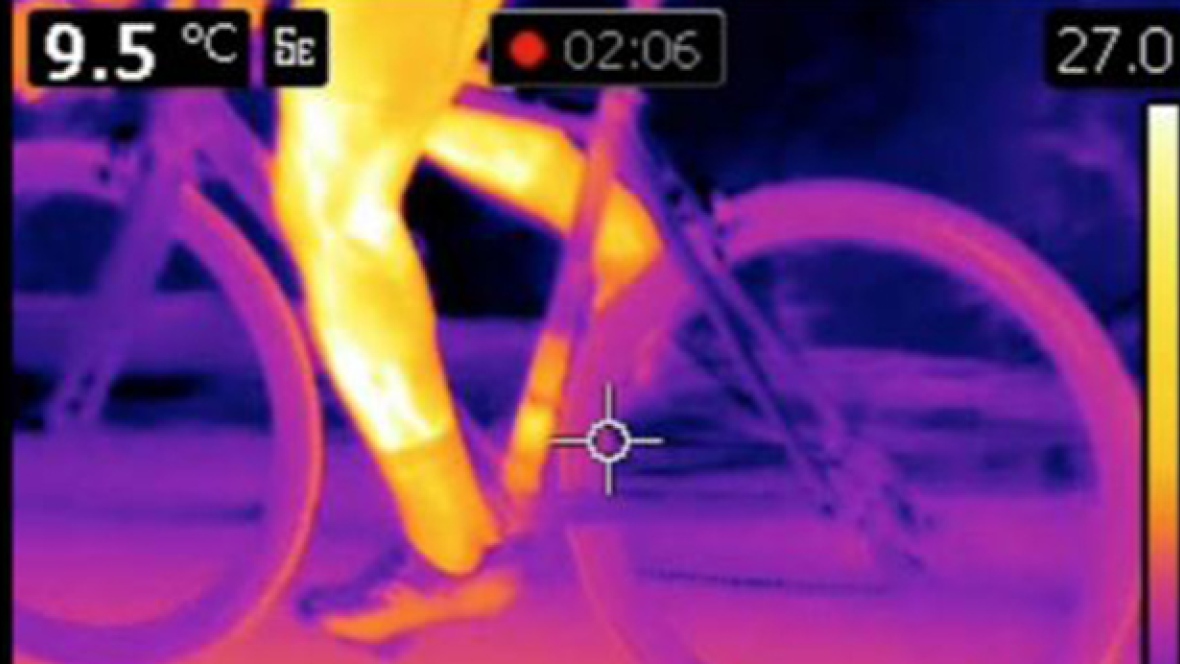 USA Cycling has joined the fight against “mechanical doping”, using the recent Professional Road National Championships in Winston-Salem, North Carolina, as the backdrop to begin its system of detection.

“We have been limited to random checks, and have not undertaken those except in rare circumstances, due to the logistics involved,” said USA Cycling’s technical director Chuck Hodge said.

“An example of where these would make sense would be something like a record attempt.”

According to an FLIR representative, the cameras are capable of detecting “unnatural heat sources like the ones used in mechanical [cheating].”

Hodge said USA Cycling plans to roll out this technology to check for motorized cheating in non-elite and Master’s races in the future, but did not give a timeline for when this technology would be used in said events.

“Like all cheating, we take mechanical doping very seriously,” said Chuck Hodge, USA Cycling Technical Director. “To ensure a level playing field in this crucial event, we teamed with FLIR Systems to use thermal cameras to monitor bikes in the U.S. Professional road races.”

USA Cycling used the FLIR T640 thermal imaging camera in the professional men’s and women’s races on May 28. The cameras detect heat and surface temperature that is emitted by people, objects and materials. Both races were filmed with the FLIR T640 during critical points of the race and in locations where motors were likely to be used. These images were reviewed for any suspicious heat signatures. No illegal components were found at the event.

“FLIR’s thermal imaging cameras allow you to see heat that is normally invisible to the naked eye,” said Travis Merrill, Chief Marketing Officer and Senior Vice President, FLIR Systems. “These cameras not only allow you to see in total darkness, adverse weather, haze and smoke, but they can detect unnatural heat sources like those used in mechanical doping.”

USA Cycling is working on a multi-faceted approach to detecting mechanical doping, and will be utilizing this and other technologies in the future.