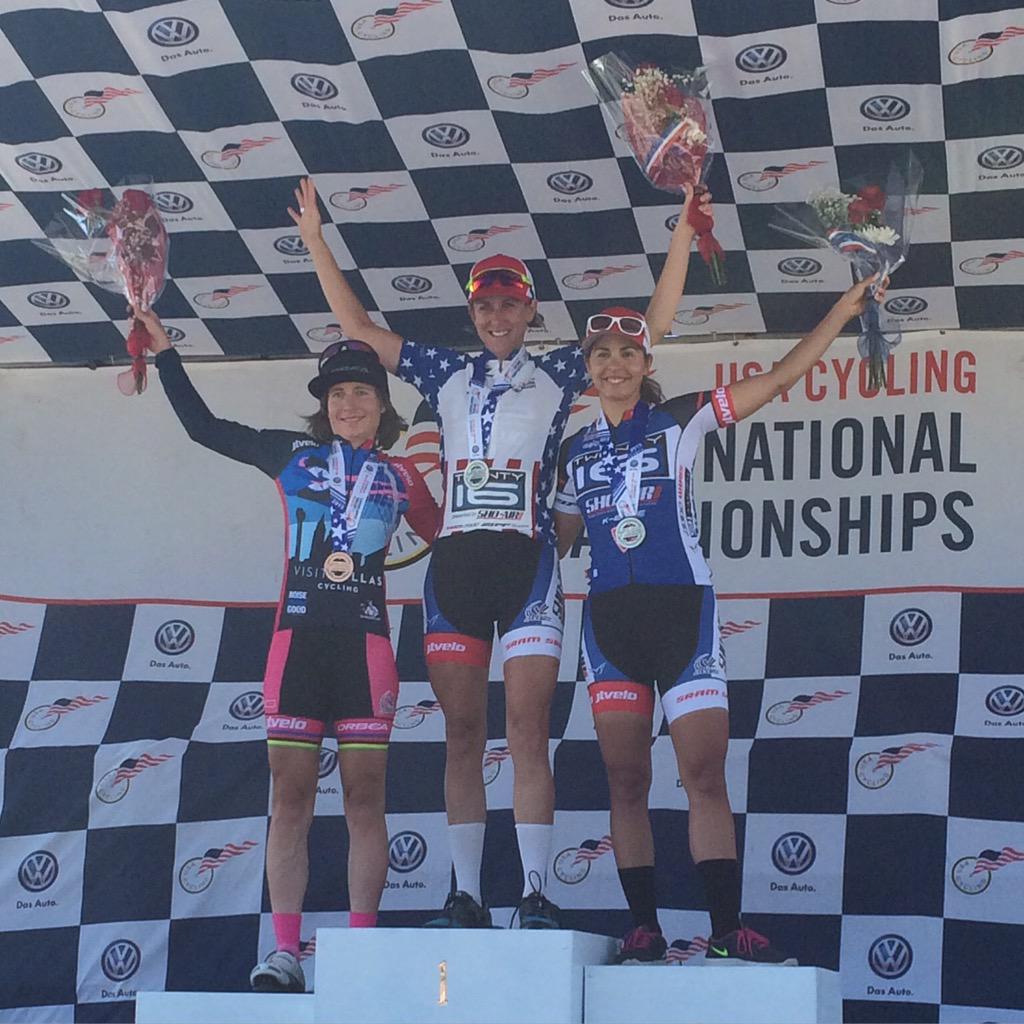 “I’m in and I’m back. I’m on the Richmond (World Championships) team, and then I have Rio; that’s all I’m focused on,” Armstrong said. “It’s been hard. Nothing’s been handed to me, and I earned it today. I’m on the top step, and I can’t help but thank my team, TWENTY16 p/b SHO-AIR, my husband and my coach because without their support, I might not be here today.

“I look at this as the next step to Richmond, and my next focus is the podium in Richmond.”

Armstrong, a two-time Olympic ITT gold medalist (2008 and 2012) and two-time ITT World Champion (2006 and 2009), was the third of 25 riders to compete on the day. She spent nearly two hours on the hot seat before officially claiming her fourth national championship in the event (2005-07 and 2015) and sixth overall.

“I didn’t realize (I had won) until Carmen Small passed the line; she was the last to go,” Armstrong said. “I had some good intermediate splits, but at the end of the day, I can’t seal the deal until the last person crosses the line.

Talansky’s day mirrored Armstrong’s, as the California native posted the top men’s time of the day early on and had to wait for the majority of the field to finish before celebrating his first professional time trial national title.

“Pancake flat courses are definitely not my thing, but you can break it up into sections with the turnarounds, with the rolling roads— there was definitely enough variety that I was able to mentally break it up into different pieces,” he said. “I was really pleased with how it turned out.”

Talansky, who pulled out of last week’s Amgen Tour of California early due to illness, put together a 38:48.49 effort to take the win, outdueling teammate Ben King (North Garden, Va./ Cannondale-Garmin Pro Cycling), who set the pace for the afternoon with his silver medal-winning 38:58.57 run. David Williams (Grand Rapids, Mich./Jamis Hagens Berman) finished on King’s heels, earning bronze in 39:00.83.