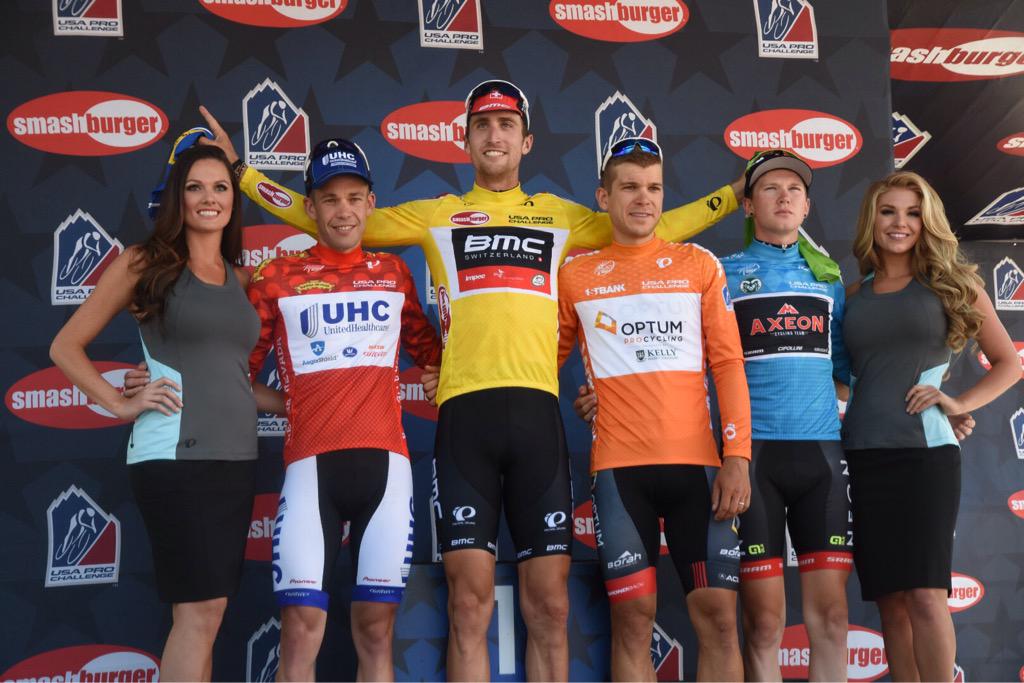 As the race entered into the final 20 miles, Oram and Kirby were the first two riders to lose contact with the breakaway group.

However, with less than a minute lead over the chase, is wasn’t long before the rest of breakaway was reclaimed by the peloton as well.

At that point, Miller decided to attack on his own.

From there, Miller succeeded in opening up a slight gap of 15 seconds over the chase. But, the Jamis-Hagens Berman rider’s time out front was short-lived, as he was quickly reeled in by the peloton.

Boivin and Dennis then tried a last ditch move with less than 10 miles to go.

And, as the race moved inside the final 5 miles, the duo was clinging to a 25 second gap.

However, as the race passed under the final kilometer, the two leaders were caught, largely due to the fierce pace which was set by UnitedHealthcare.

The Drapac squad then came to the fore alongside UnitedHealthcare, but it was BMC”s Phinney who blasted up the right side of the peloton, to claim the stage by a few bike lengths.

“You saw lot of guys on the limit, our team included,” said Reijnen. “When Rohan [Dennis] went, that was definitely a dangerous move. You could see it cost us a lot to bring him back.

“It made for a disorganized finale. We had everything mostly under control until the last 300 meters. When the sprint started on the right, I went onto Brent’s [Bookwalter] wheel because I figured they were sprinting for him. I didn’t expect him to let Taylor [Phinney] go. Good on them — it was really good tactics in the final.”