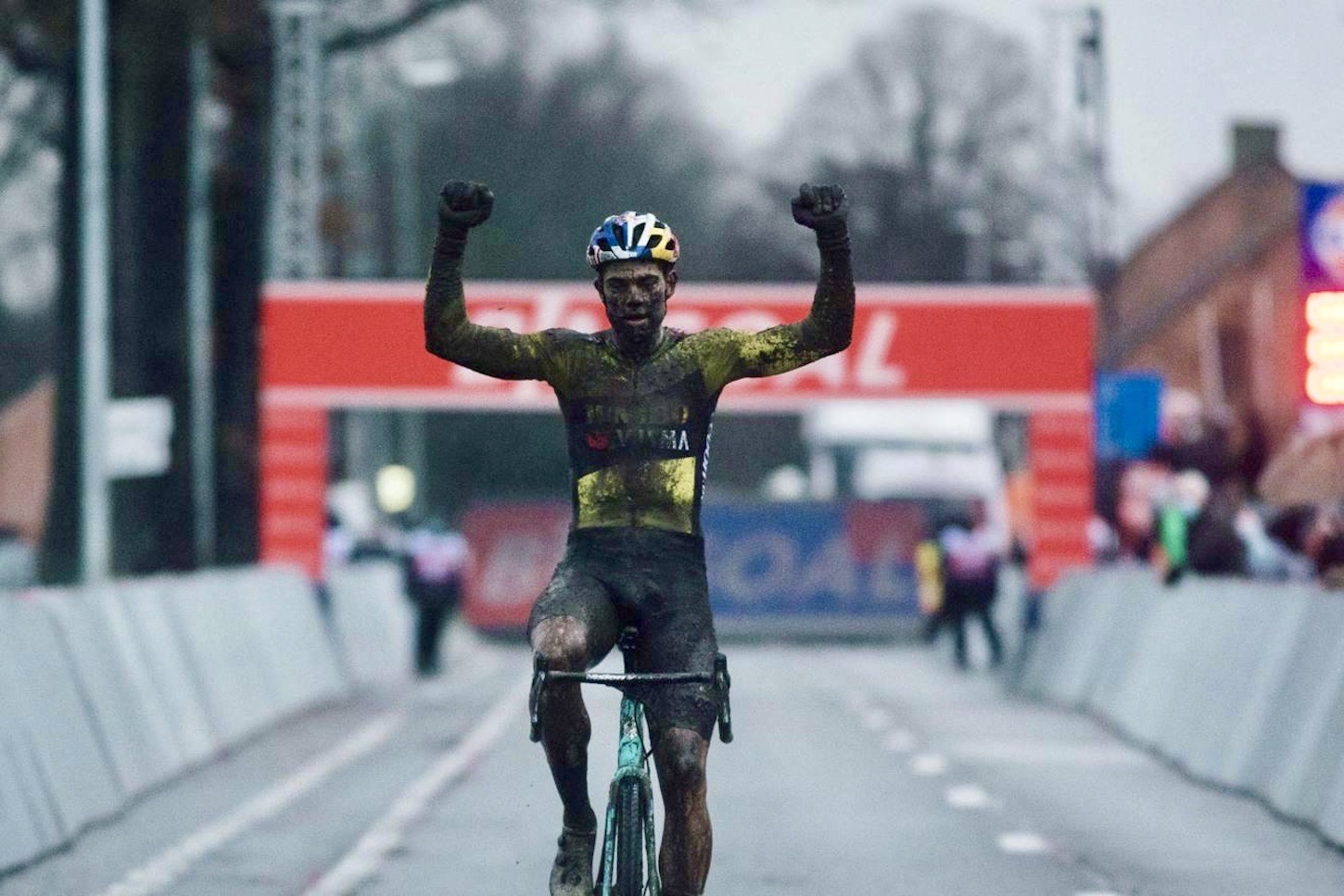 After three explosive rounds in Tábor (Czech Republic), Namur and Dendermonde (Belgium), the 2020-2021 UCI Men Elite Cyclocross World Cup is shaping to be one of the most intense ever. Wout van Aert leads the overall standings 11 points ahead of Michael Vanthourenhout going into the fourth event in Hulst (the Netherlands), on Sunday. Their Belgian compatriots Toon Aerts and Quinten Hermans are also in the mix, as well as the Dutch superstar Mathieu Van der Poel.

But most of all, the battles of the last months of 2020 have set the stage for an exhilarating end to the season around three of the most exciting talents cycling has seen this century: Van der Poel, Van Aert and Tom Pidcock, a trio of unique riders able to shine across many disciplines and who are currently lighting up the cyclocross fields.

MVDP and WVA have been the superb protagonists of an iconic rivalry for years, with historic battles since they took on their first competitive cyclocross races as Juniors, all the way to the UCI WorldTour on the road. At 21 years old, the younger “TP” has already proved at the highest level he can live up to the great expectations surrounding him, notably finishing third in Namur after facing Van der Poel and Van Aert head on.

On that occasion, Van der Poel was still unbeatable, for the 15th time in a row at the UCI World Cup. But just a week later, Wout van Aert ended his archrival’s series with a masterclass in Dendermonde reminiscent of the show he put on three years earlier in Namur when he had last won a UCI World Cup round in Belgium. A few weeks later, he claimed the rainbow jersey as the UCI Elite Men Cyclocross World Champion for the third time in his career.

In Dendermonde, Van der Poel emerged from the mud as a reborn champion to take the reins of the UCI World Cup for the first time in two seasons. A third triumph (after 2015-2016 and 2016-2017) would bring him to the level of the legendary Richard Groenendaal (NED) and Sven Nys (BEL), who lead the all-time rankings with three overall victories each.

His third place in Tábor at the beginning of the season was his first podium finish at this level since the 2018-2019 winter, already proving he was ready to show the best version of himself once again after his last cyclocross season was hampered by the injury he sustained during the 2019 Tour de France. His results since then have been a magnificent confirmation: Van Aert, already one of the best road cyclists of the year, has recovered all his abilities to dominate in the cyclo-cross fields.

“It was one of the craziest crosses I ever rode. I enjoyed it a lot”, Van Aert said after his triumph in Dendermonde, putting 2’49’’ between himself and Van der Poel. “I knew in advance that this course is really something for Wout van Aert”, Van der Poel explained after he conceded his first defeat in the UCI Cyclocross World Cup since December 2017.

Van der Poel is no longer unbeaten at World Cup level but he remains the rider to beat after so many successful campaigns. The whole cyclocross world is excited to see challengers come after the Dutch champion, and his rivals also share their enthusiasm. As Van Aert put it on Twitter when Sporza teased a new battle with MVDP this weekend in Hulst: “Hell yes”.

Winner of the UCI Cyclocross World Cup in 2017-2018, Van der Poel is also the reigning UCI World Champion, aiming for a fourth rainbow jersey in the discipline (after 2015, 2019 and 2020) at the end of January, in Ostend (Belgium). Last season, Pidcock came second behind MVDP, taking his first Elite medal at the UCI Cyclo-cross Worlds after having won both the Junior and Under 23 titles.

Since then, the British rising star has kept climbing the ladder and he got the best of his Dutch elder in the Superprestige round of Gavere a week before he climbed onto the podium in Namur. “I will always remember putting my name on the list of riders who were able to beat Van der Poel”, Pidcock told Sporza.