VanMoof Reinvents the E-Bike with its “Electrified S” 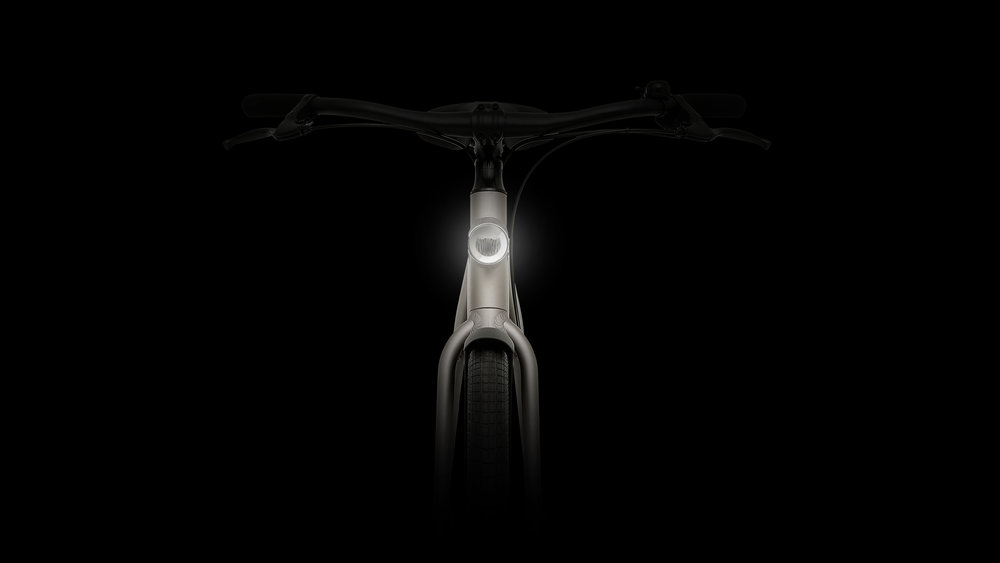 05 Apr 2016
By Gianni Pericolo - In LATEST ARTICLES, THE DOUBLE DIAMOND

Many obstacles have hindered widespread adoption of electric bikes, including looking like you’re riding a mobility scooter that sounds like a dirt bike.

Now, VanMoof is introducing the Electrified S, an ebike that neither looks nor sounds like one, and which features unprecedented smartphone connectivity amid growth in the “Internet of Things.”

The “S” in Electrified S stands for smart, and the innovative new bike is now available for resale, with special offers available for the first wave of buyers.

Among the advanced features of the Electrified S:

● Smartphone Connectivity – A sleek smartphone app allows owners to change speed settings, track their bike’s location on a map using a built-in GSM connection and activate anti-theft tracking.
● Keyless Lock – Place your hand on the bike, and its integrated Bluetooth technology will confirm that you’re the owner and automatically unlock the bike.
● Fully Integrated – The bike’s electronics, battery and battery-powered LED lights are all integrated inside the frame, keeping the bike’s design clean and streamlined.
● Incredibly Lightweight – A small, invisible, nearly-silent motor results in a mere 40-pound bike, making it one of the lightest e-bikes on the market. That’s without sacrificing power: the Electrified S offers a range up to 75 miles and top speed of 20 miles per hour.
● Digital Touchpad Display – Embedded inside the bike’s top tube, the digital display is easily viewed while riding and shows details like speed, distance travelled, power level and battery life.
● Power Boost – A push of the power boost button helps riders accelerate faster.

“In reinventing the ebike, we were determined to build a bike that is beautiful inside and out, but with brains to match,” said Ties Carlier, who along with brother Taco is a co-founder of VanMoof. “We’re confident we’ve built the smartest and most connected e-bike on the market, and one that advances VanMoof’s mission of breaking down barriers to commuting, empowering more people to get from point A to point B in cities around the globe.”?

VanMoof garnered international praise for the first iteration of its Electrified model in 2014. With the Electrified S, VanMoof has rebuilt the e-bike from the ground up, further integrating electronics within the bike’s frame and adding a full suite of technological enhancements.

The Electrified S also offers 2.5 times the range. The smart e-bike offers an ideal solution amid increased urban sprawl, which is increasing the length of commutes, and amid increased traffic congestion, as the electric assist makes it easier to quickly reach higher speeds while navigating traffic.

The Electrified S features two speeds (automatic gear-shifting as you pick up speed) and is available in gray, black or a limited-edition white. Its electric assist is enabled only when a rider is pedalling, reducing travel time and making it easier to climb hills, while ensuring riders arrive at their destination faster and fitter.

“Until now, e-bikes have been most popular among Baby Boomers, despite their potential to radically improve everyone’s commute,” added Carlier. “We believe this unique integration of smart technologies will attract a much wider audience and inspire many more people to commute by bike – especially those for whom distance was a barrier, but who can now reach their destination faster and fitter with the Electrified S.”

The first 1,000 Electrified S bikes are now available for preorder, at special, limited-offer prices starting from $1,998. Following the preorders, it will go on sale in June, starting from $2,998, and will be available in the United States through VanMoof’s Brooklyn brandstore.

Founded in 2009 in Amsterdam by brothers Taco and Ties Carlier, VanMoof aims to create the world’s best bikes for city commuting. VanMoof has re-imagined how a bike should work in the cities of tomorrow by stripping out unnecessary parts, improving the essentials, and integrated technology to stick it to bike thieves. VanMoof has received many accolades for its unique solutions, including a “Best Product Design” award from Fast Company’s 2015 Innovation by Design Awards program, and a prestigious Red Dot design award. In addition to Amsterdam, VanMoof has teams in New York, Berlin and Taipei, and all VanMoof products are available at VanMoof.com.