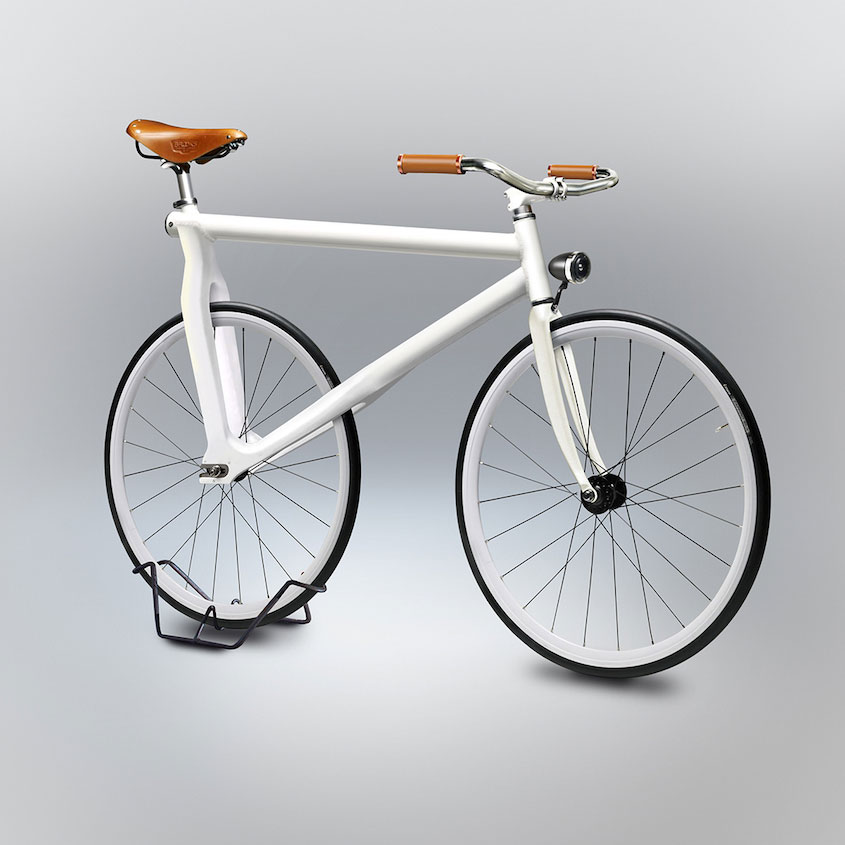 The Velocipedia Bicycle Project is the work of designer ​​Gianluca Gimini, who asked friends and random people to draw a quick sketch of what they thought was the ideal urban bicycle.

Needless to say, the results yielded some of the most usual bike designs, with many of them lacking the structural integrity necessary for them to function.

Still, the renderings represented what the participants thought, were the most unique and pleasing bike designs to them.

Call it a case of cognitive bike dissonance?

From there, Gimini created 3D prints of some of the most fanciful designs culled from the nearly 400 submissions.

This bicycle is missing a very important part of its frame and it would immediately break if it actually existed and someone tried to ride it.

Let me explain everything from the beginning:

Back in 2009 I began pestering friends and random strangers. I would walk up to them with a pen and a sheet of paper asking that they immediately draw me a men’s bicycle, by heart. Soon I found out that when confronted with this odd request most people have a very hard time remembering exactly how a bike is made. Some did get close, some actually nailed it perfectly, but most ended up drawing something that was pretty far off from a regular men’s bicycle.

Little I knew this is actually a test that psychologists use to demonstrate how our brain sometimes tricks us into thinking we know something even though we don’t.

I collected hundreds of drawings, building up a collection that I think is very precious. There is an incredible diversity of new typologies emerging from these crowd-sourced and technically error-driven drawings. A single designer could not invent so many new bike designs in 100 lifetimes and this is why I look at this collection in such awe.

In early 2016 I eventually decided it was my turn to take part in this project.

I decided my job was going to be presenting the potential and the beauty inside these sketches. I selected those that I found most interesting and genuine and diverse, then rendered them as if they were real. I became the executor of these two minute projects by people who were mainly non-designers and confirmed my suspicion: everyone, regardless his age and job, can come up with extraordinary, wild, new and at times brilliant inventions.

Some diversities are gender driven. Nearly 90% of drawings in which the chain is attached to the front wheel (or both to the front and the rear) were made by females. On the other hand, while men generally tend to place the chain correctly, they are more keen to over-complicate the frame when they realize they are not drawing it correctly.

One of the most frequent issues for participants was not knowing exactly how to describe their job in short.