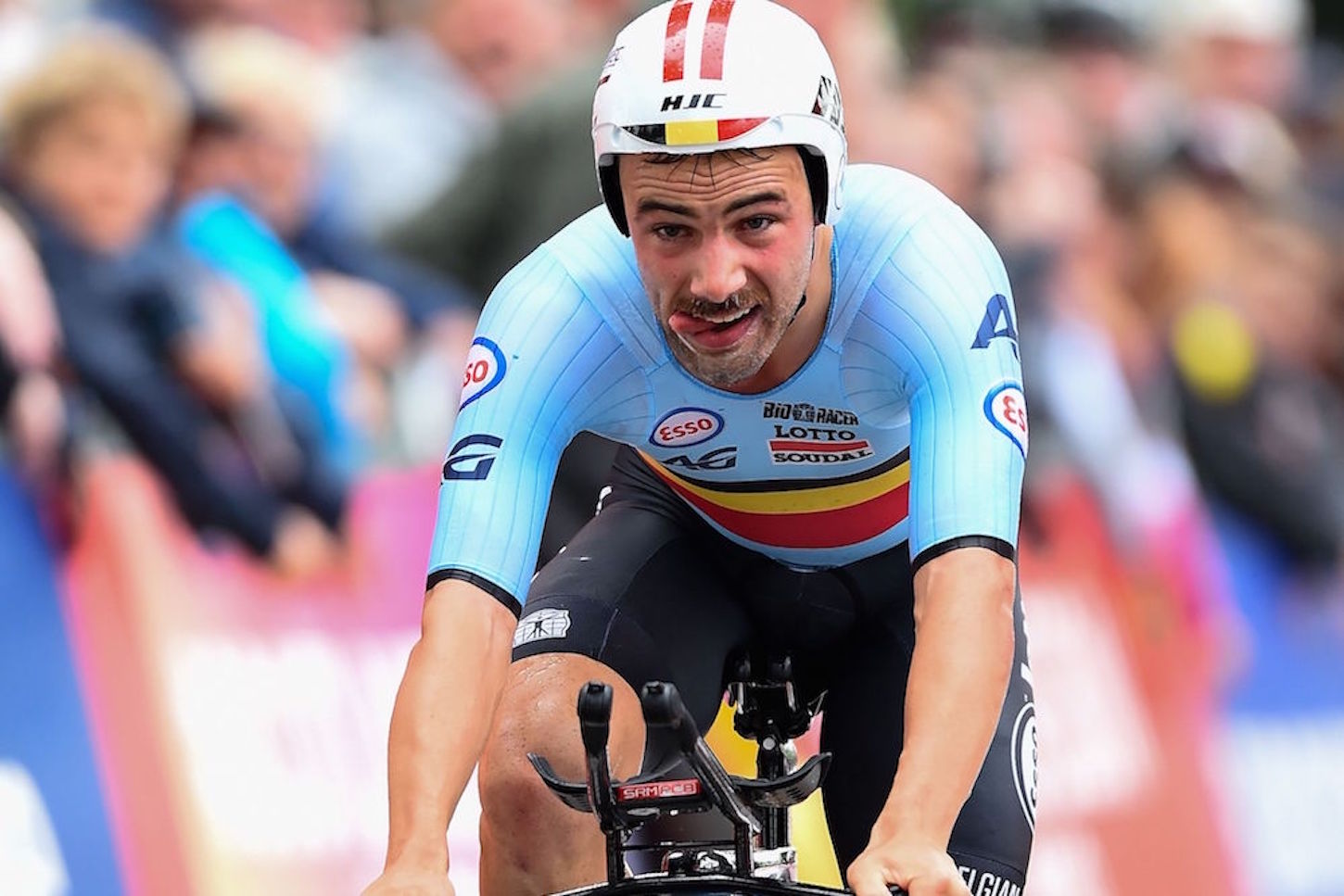 Victor Campenaerts has announced his plans to assail Bradley Wiggins’ UCI Hour Record on April 16 or 17 in Aguascalientes in Mexico.

The 27-year-old Belgian is the European time trial champion and finished in third place in the event at the last world championships in Innsbruck.

After tests at the Swiss velodrome in Granges, Campenaerts has been training at altitude in Namibia this winter with an eye on the world record.

He plans to ride the Tirreno-Adriatico stage race in March and arrive in Mexico three weeks before his attempt.

“I have made good progress in recent years and I am paying attention to all the details, so I hope I have a chance of bettering the record,” Campenaerts said.

“This record, the individual world time trial title and the Olympic gold are the three dreams that I want to pursue in the next few years.”

“I do not think of being a better athlete than Wiggins”, he said.

“The record of the hour is a unique challenge in cycling and breaking it would be a way for me to write a little bit of the history.”

“In our sport, the important thing is to win. Breaking world records is not as important as in other disciplines,” he added.

UCI president David Lappartient said that he’s pleased to see another rider go after the record, which hasn’t had a WorldTour rider attempt it since Wiggins set his benchmark.

Before that, Australia’s Rohan Dennis and Britain’s Alex Dowsett both briefly held the record in a year which saw a flurry of attempts following the UCI’s decision to change equipment rules and allow the use of aerodynamic pursuit bikes.

German Jens Voigt was the first rider to complete the newly created ‘Unified’ Hour Record in 2014.

“I am delighted to see that the UCI Hour Record timed by Tissot continues to generate so much enthusiasm among riders, even if Bradley Wiggins raised the bar very high,” said Lappartient.

“Victor is a superb specialist who showed what he is capable of by climbing on to the podium at the last UCI Road World Championships. I cannot wait to see how he fares in Mexico in April, knowing the part that altitude can play in outstanding performances.”

The Bicentenario velodrome in Aguascalientes has repeatedly hosted track record attempts by athletes attracted by its reputation and 1,800 meter altitude.