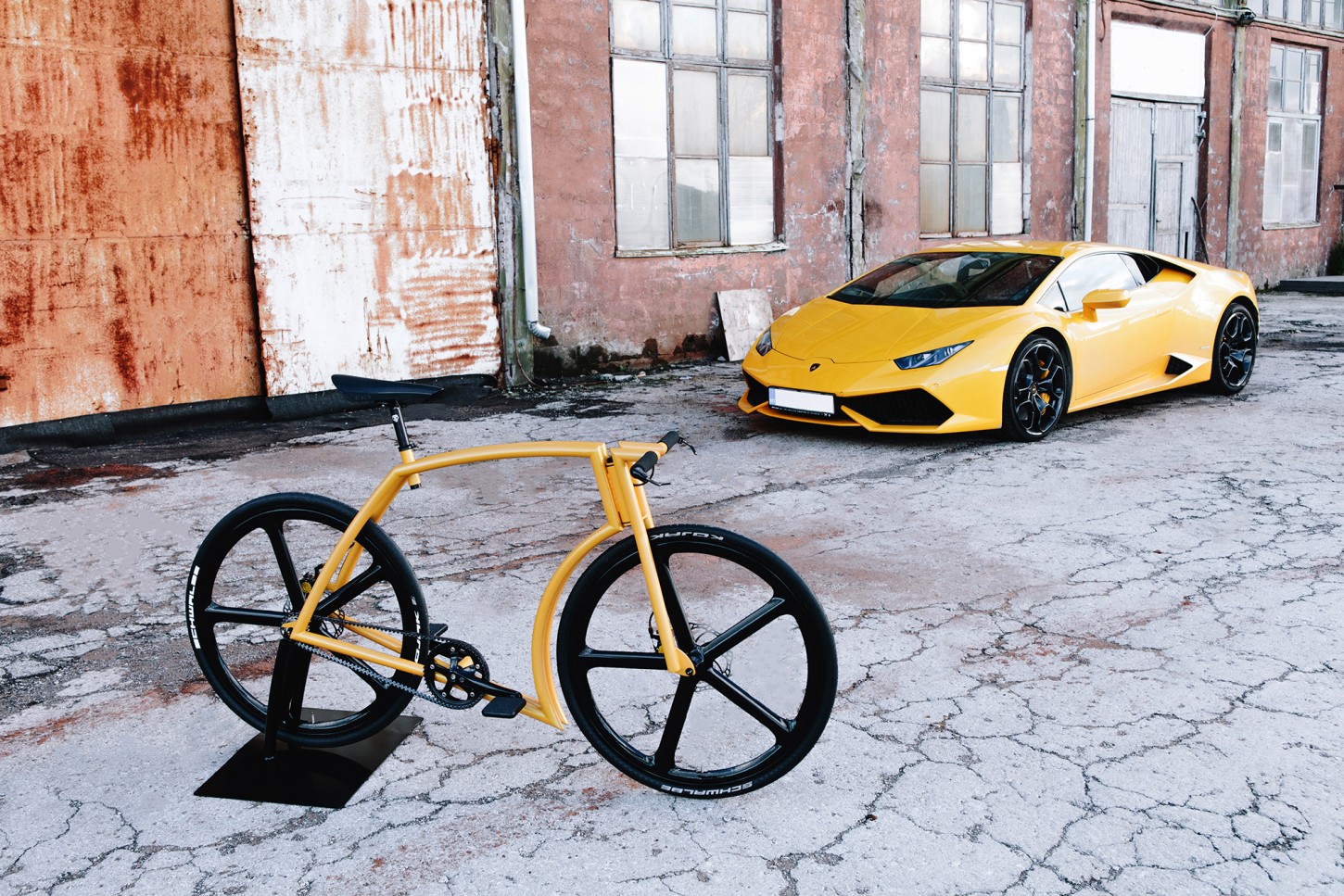 While you would literally have to be a yoga master in order to ride one of Viks’ commuter bikes, it hasn’t stopped us lumbar-impaired from writing about their groovy two-wheeled creations in the past.

The bespoke Estonia brand recently turned its attention to Lamborghini, to draw inspiration for its new GT cruiser.

Capitalizing on the striking lines of the Italian marque’s new Huracan model, Viks’ gave its already edgy design even more edge with a bold new front-end that follows a similar design language as the new supercar. It even has the Giallo Midas paint scheme to match.

However, perhaps the biggest standout feature about the new GT, is that it’s made entirely out of aluminum, as compared to other models which are steal.

This step has not only yielded a bike that’s 40% lighter than other Viks’ models, but marks the company’s entrance into the sub-10kg category for an urban cruiser bike as well.

In additional to new metal, the Viks’ GT gets disc brakes, along with the brand’s funky monobloc wheels and belt drive system.

According to Viks, the GT is available in custom sizes, along with an array of Lamborghini colors.

Does it look familiar? Look closer as this is not your ordinary Viks bicycle. This edgy and bold version of Viks was initially inspired by the sharp edges and triangles found in the design of Lamborghini supercars from Italy. The Lamborghini like Viks, or Gran Turismo as we call it, has the same geometry and size as classic Viks bicycles, but the silhouette looks extra fast and mean. Replacing stainless steel with aluminium alloy has shaved off 40% of the frame’s weight compared to the standard frame in size S, giving us an opportunity to enter the market of sub 10kg urban commuters.

The idea to replace famous curved angles to sharper ones came about in the early days of Viks in 2013. The polishing, fine tuning and experimentation with different materials took a couple of years until late this summer the very first Viks Gran Turismo was handcrafted. The looks of the frame is very Viks, with sharper, leaner and more masculine feel. There will be a patch of specially made alloy GT frames in different Lamborghini colors and frame sizes available soon, if you want to order one contact us via info@viks.cc.