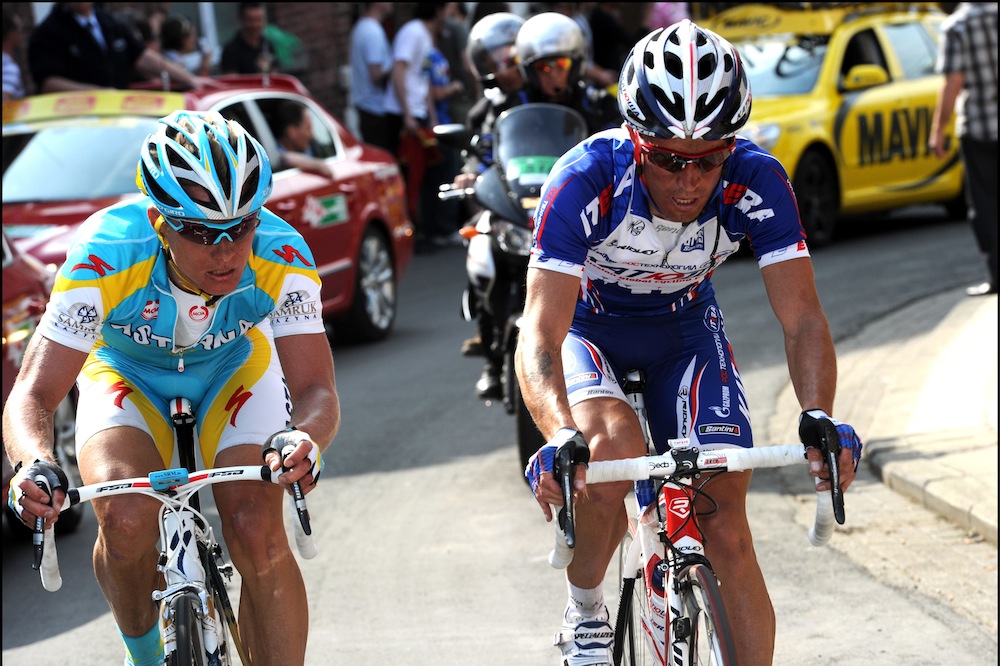 After more than a year investigating allegations of corruption, prosecutors in Belgium have found sufficient evidence to charge Alexandr Vinokourov and Alexandr Kolobnev for allegedly “buying and selling” the 2012 Bastogne-Liege-Bastogne victory.

Vinokourov won his second Liege-Bastogne-Liege victory in 2010, after he distanced Kolobnev during the final 600 meters. In 2011, the Swiss magazine, L’Illustre, accused Vinokourov of paying Kolobnev €100,000 to let him win the race, after emails exchanged between the two, appeared to support those allegations.

Later in 2012, an investigation into the infamous “doping doctor”, Michele Ferrari, uncovered two payments of €50,000 made to Kolobnev from Vinokourov. However, despite the evidence, the UCI never officially looked into the matter.

A court in Liege initially took up the case in May 2014, subsequently unveiling further evidence regarding the two payments, as well as a third payment from the Kazakhstan Cycling Federation, which had been transferred into Vinokourov’s bank account.

Vinokourov retired from racing in 2012, and has since become the team manager of Astana. Kolobnev has continued to race, although he took an extended break from cycling in June of this year after suffering a crash at the Vuelta al País Vasco.

Both men have since denied buying or selling the race.

If found guilty, Vinokourov and Kolobnev could face anywhere between six months and three years in prison and a fine of €300,000-€600,000.