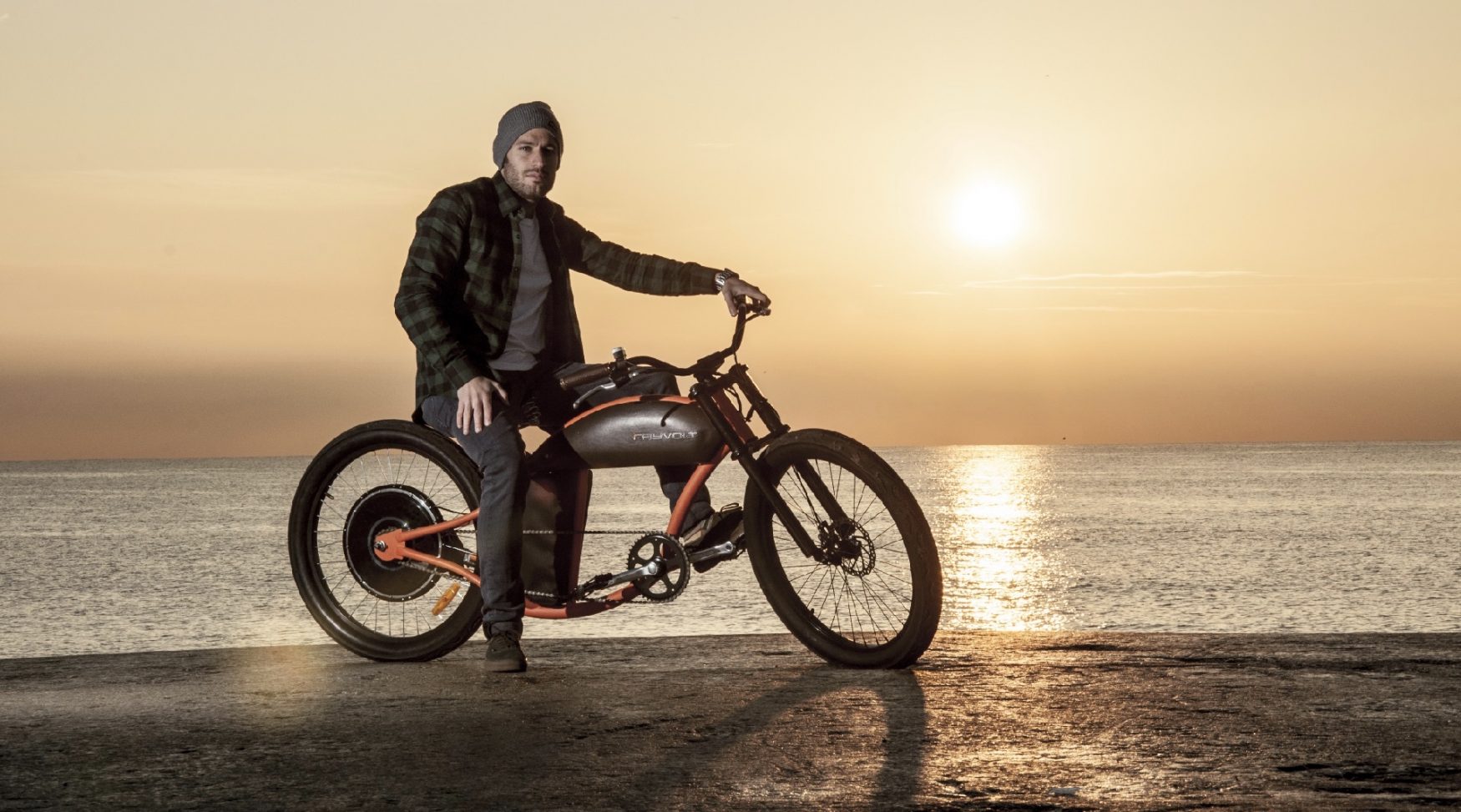 If James Dean had been a cyclist (after kicking the sauce and weeds first), he would likely have settled upon Rayvolt’s vintage style Cruzer electric bicycle.

Taking queues from the cafe-style motorbikes of old, harnessed by the latest technology the eBike industry has to offer, underscores the design concept behind the Cruzer.

The Cruzer features a rear-mounted hub motor that’s available in two versions. A standard model that offers up to 400 watts of power and the Power Hub that produces a staggering 1,000 watts, both of which are mated to a 48-volt Samsung lithium-ion battery that provides 567 watt-hours of power. For longer jaunts there’s an optional double-sized battery that gives 1,137Wh of juice.

The Cruzer also features a regenerative disc braking system that harvests power from the brakes to help recharge the battery, while a 60-lumen headlight and red taillight provide illumination when riding in low-light conditions.

Other features that punctuate the Cruzer are Bluetooth connectivity and Rayvolt’s own app for fine-tuning settings, along with a built-in intelligent virtual assistant called EIVA, which monitors the bike’s electric drive and other components that can alert riders of any potential maintenance or mechanical issues.

In addition, the EIVA also provides onboard GPS that can map-out routes with turn-by-turn accuracy, while the Cruzer’s pedal-assist mode is activated via a handlebar mounted throttle that’s capable of propelling the bike to speeds upwards of 15 mph.

Surprisingly, the price of the Cruzer at $2800 doesn’t seem all that expensive, especially when compared to the more stolid offerings from the competition that easily meet or exceed this price.

You can learn more about the Cruzer at RayVolt Bike.