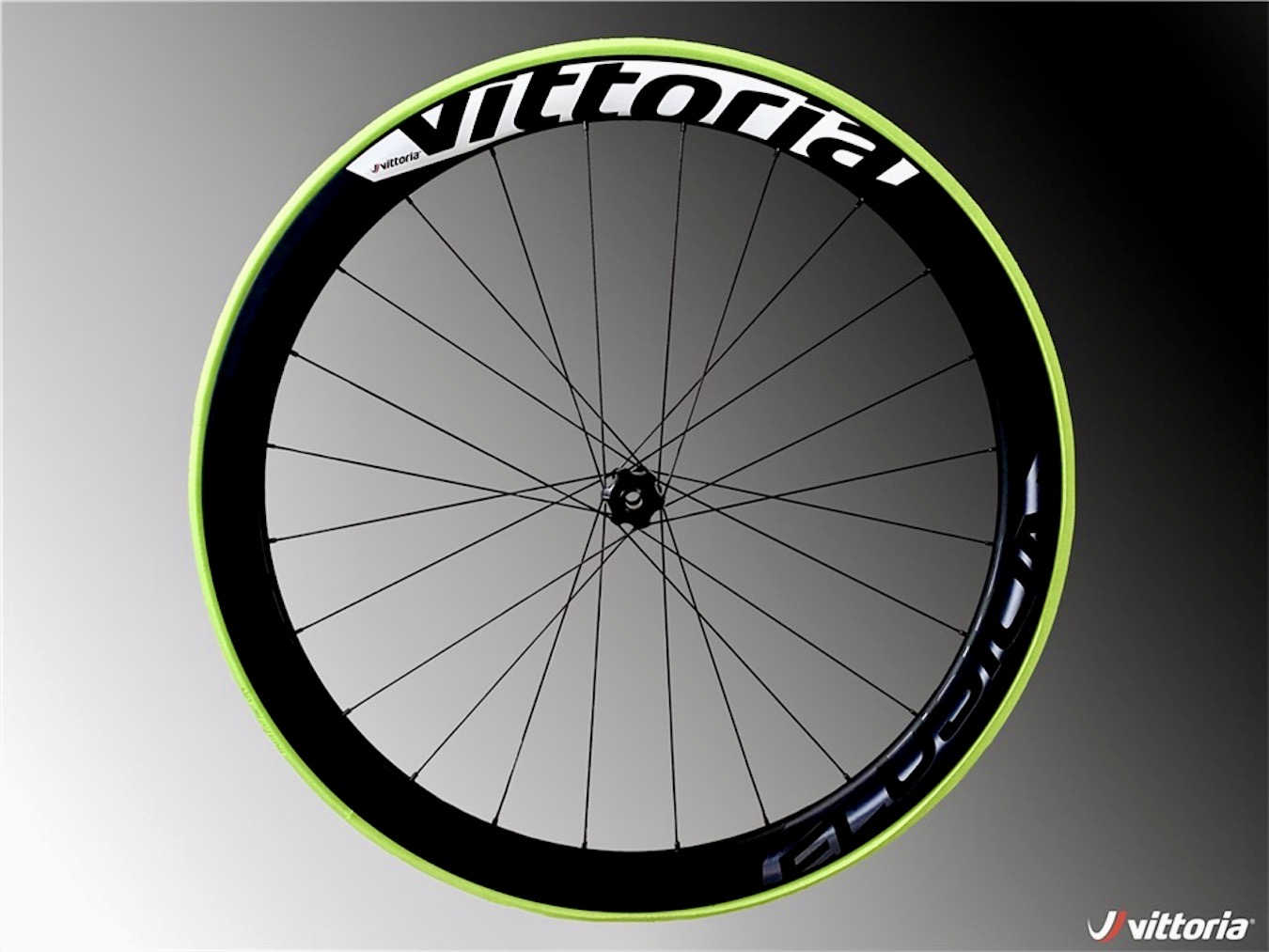 First tested under the auspices of the EF-Education First team during last year’s Tour de France, after several months of additional testing, Vittoria has now made a road version of its Air-Liners available to the rest of cycling public.

Sharing similar attributes as their MTB and gravel counterparts, the road version features the same green-colored lightweight EVA foam material that’s designed to allow cyclists to ride on a flat tire in the event of a puncture when tubeless sealant isn’t able to seal the hole.

“We are the first brand to do tire liners across road, gravel, and mountain bike, but each category has a separate design,” said Ken Avery, Vittoria’s senior vice president of product development. “In mountain bike, it’s about impact resistance, and being able to lower pressure without worrying about a pinch flat. In gravel, it’s also that, plus being able to run lower pressures without worrying about the tire squirming or rolling.”

“But for the road system, it’s about the run-flat story. The idea is this: The air pressure in the road tire compresses the liner and doesn’t compromise the ride quality,” Avery explains. “Most of the time, sealant is going to solve the problem in the event of a puncture. But in the event that it doesn’t, you can ride it home or to a shop.”

Avery adds, “EF riders have been using the Air-Line system for two seasons whenever the riders are using tubeless and not tubular tires. Vittoria is launching the system at the Tour of Flanders this weekend.”

“All the cobble guys who are running tubeless will have this in their tires,” he said. “But take racers out of the picture. They are there to validate the product, but at the end of the day, it’s about real people. If you have someone who is a little worried about putting a tube in on the side of the road, then they no longer have to worry about it; they can ride home or to the local shop.”

Available in sizes of 25mm, 28mm and 30mm for $40.00, the Air-Liners weigh in at 24g, 31g and 39g respectively, which require Vittoria’s $100 Tubeless Tool-Kit that includes a set of plastic pliers to unseat the tire beads, clips to help install the tires and sealant, as well as proprietary  “Multiway Valves” that feature multiple ports in the base of the valve stem to help eliminate clogging and improve air-pressure adjustment.