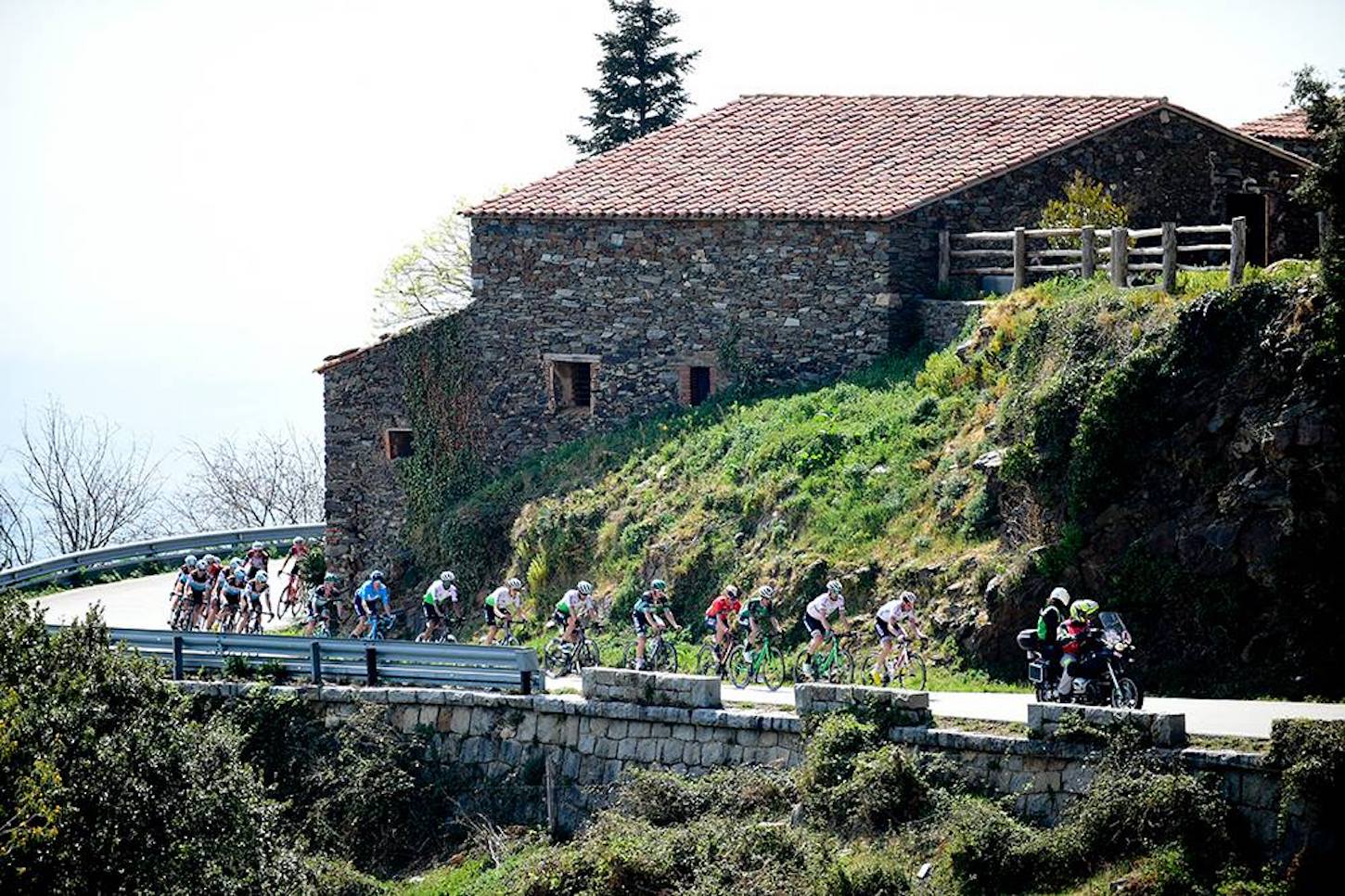 Michael Matthews (Team Sunweb) won stage 2 of the Volta a Catalunya today, after the Australian rider proved to be the strongest of the lead group during the uphill drag to the finish – beating Alejandro Valverde (Movistar) and Daryl Impey (Mitchelton-Scott).

From there, the escapees went on to establish a maximum advantage of more than seven minutes over the peloton.

However, with 35 kilometers to go, the peloton was successful with reeling in the escapees. But, a crash plagued the main field shortly thereafter, claiming Chris Froome (Sky), Jay McCarthy (Bora-hansgrohe), Ben O’Connor (Dimension Data) and Lotto Soudal’s Remy Mertz as its victims.

Though Froome managed to quickly remount his bike, the four-time Tour de France champion was sporting some nasty road rash and bleeding from his right elbow – later finishing some 14 minutes behind Matthews et al.

Meanwhile, the final kilometers saw a flurry attacks from riders like Cofidis’ Darwin Atapuma and Bora-hansgrohe’s Maximilian Schachmann. But, the peloton was quick to neutralized any aggressions.

Impey was the first rider to launch his sprint during the final uphill kick to the finish. But, Matthews was able to overhaul his South African rival to seize the stage honors.

In the meantime, Valverde, Schachmann and Wanty-Gobert’s Christian Odd Eiking completed the top five of the day, while the winner of yesterday’s opening stage, Thomas De Gendt (Lotto Soudal), managed to retain his lead in the overall classification.

Tomorrow’s stage of the Volta a Catalunya is geared for the climbers, with a handful of category climbs culminating with a summit finish atop the Vallter 2000 ski resort.