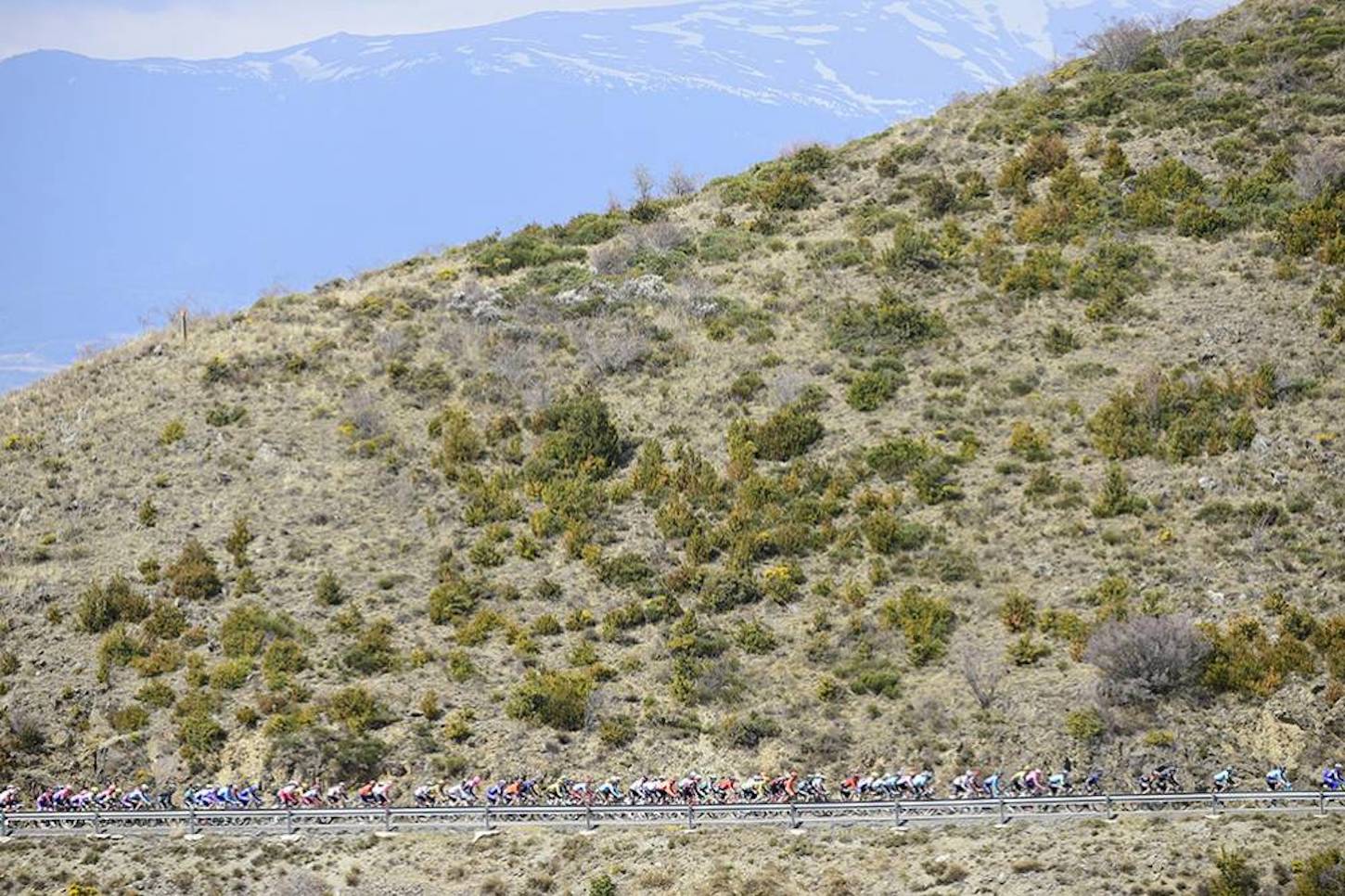 Today’s stage was originally 194 kilometers, which was scheduled to start in the mountainous area of Viehla. But, heavy snow forced race officials to amend the route.

Schachmann and EF Education First’s Tejay Van Garderen were the first two riders to animate today’s stage, attacking from the outset. But, the duo were soon joined by Movistar’s Andrey Amador and Jumbo-Visma’s Bert-Jan Lindeman.

From there, the escapees went on to establish an advantage of more than three minutes over the peloton that was being ushered by teams like Arkea-Samsic, Dimension Data and Sunweb.

After being out front for all of the stage, Schachmann decided to attack his fellow breakaway companions with around 11 kilometers to go.

Entering into the last 2 kilometers, Schachmann was still clinging to a 20-second advantage, while Sunweb and Mitchelton-Scott took turns at the front of the peloton trying to rein-in the German rider.

But, Schachmann managed to hold onto his gap until the end, crossing the finish in solo fashion, while Matthews, Gibbons, Mitchelton-Scott’s Daryl Impey and CCC’s Patrick Bevin completed the top five of the day.

Team Sky’s Egan Bernal suffered a mechanical problem during the last kilometer. Instead of changing bikes, the Colombian rider decided to walk to the finish line, receiving applause from spectators along the way.

In the meantime, Astana’s Miguel Angel Lopez finished safely in the peloton to retain his grip on the overall race lead.