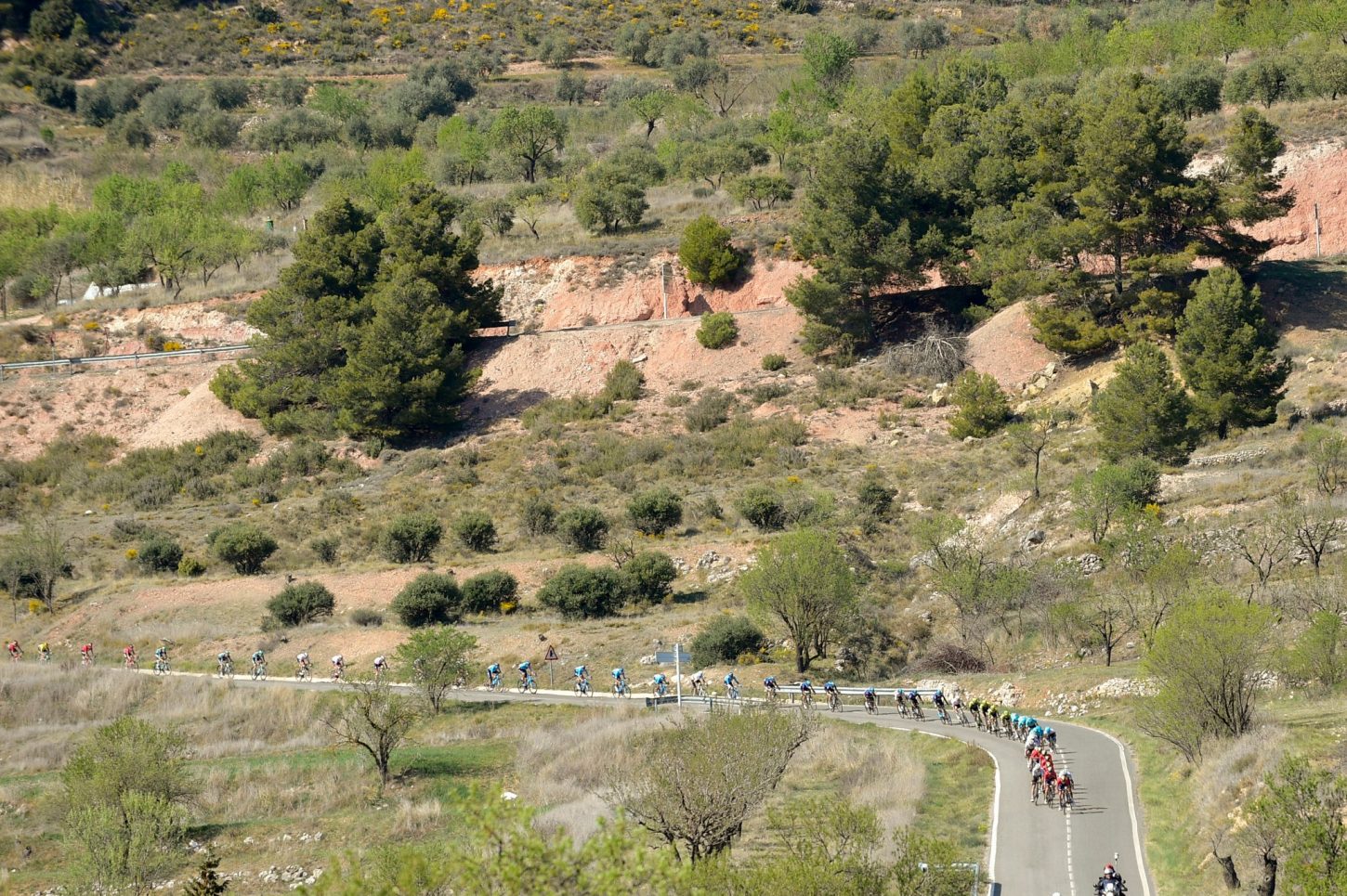 Davide Formolo (BORA-Hansgrohe) claimed the final stage of the Volta a Catalunya today, after the Italian rider rode clear from the early breakaway group to finish ahead of late attacker Enric Mas (Deceuninck-Quick Step), while Max Schachmann (Bora-Hansgrohe) led the peloton home for third.

Adam Yates (Mitchelton-Scott) animated the stage earlier, commencing an attack during the final 21 kilometers. But, without the assistance of his brother Simon, his efforts were for not, as the peloton eventually reined him in with just 2 kilometers to go.

Meanwhile, Miguel Ángel López (Astana) secured the overall victory, after the Colombian rider thwarted a number of attacks on the closing circuit in Barcelona.

The escape of the day was formed by a sizable group of eleven riders containing the likes of Carlos Verona, James Knox, Davide Formolo and Thomas De Gendt.

With 40 kilometers to go, chaos struck the peloton, ensnaring around 20 riders in a crash that included Romain Bardet, Marc Soler and Simon Geschke amongst others.

A further 10 kilometers later, Adam and Simon Yates initiated an attack from within the peloton, putting Lopez’s overall lead at risk.

However, it wasn’t long before Adam Yates found himself riding alone before he was eventually caught by a group led by Alejandro Valverde that also included Lopez, Nairo Quintana and Egan Bernal.

Back up front, Formolo continued his lead, ultimately crossing the finish by almost a minute ahead of his nearest rival, Mas, while Schachmann crossed the finish a few more seconds down.