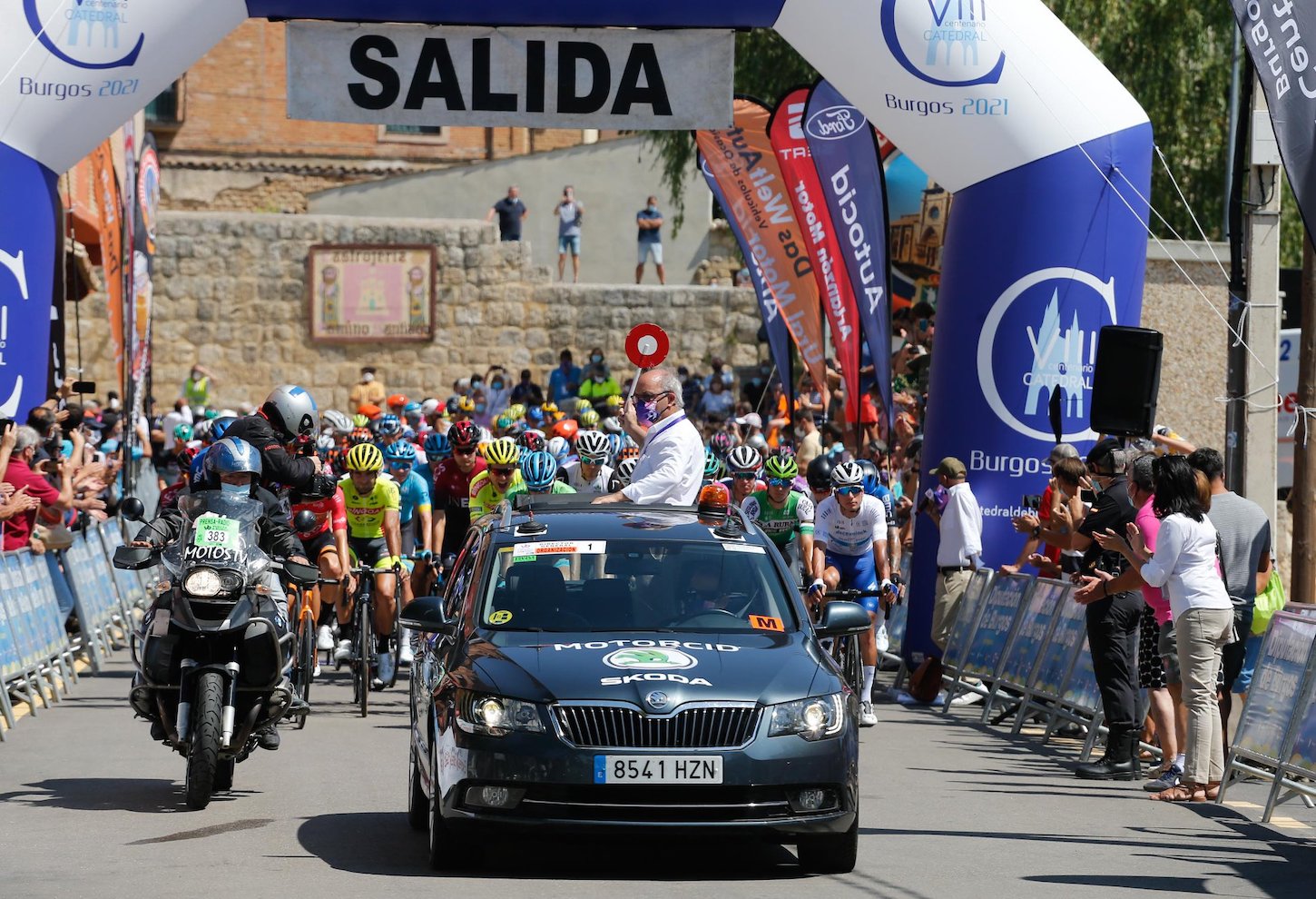 Fernando Gaviria (UAE Team Emirates) won stage 2 of the Vuelta a Burgos today, after the Colombian rider avoided a crash during the final corner to claim the race honors by several bike lengths ahead of his closets rivals.

Today’s mostly flat 168 kilometer stage took riders from Castrojeriz to Villadiego, with five escapees forming an early breakaway effort that later opened up to a four minute advantage over the peloton.

However, the last of the escapees was caught with 15 kilometers to go, with teams like Bora-hansgrohe, NTT Pro Cycling and Deceuninck-Quick-Step setting a high pace at the front.

A crash plagued the head of the peloton during the final curve, with Gaviria capitalizing on the chaos with a strong opening sprint to claim the stage.

Arnaud Démare (Groupama-FDJ) and Sam Bennett (Deceuninck-QuickStep) crossed the line moments later to secure the final spots on the podium, while opening stage winner Felix Großschartner (Bora-Hansgrohe) finished safely in the peloton to maintain his lead in the overall classification.