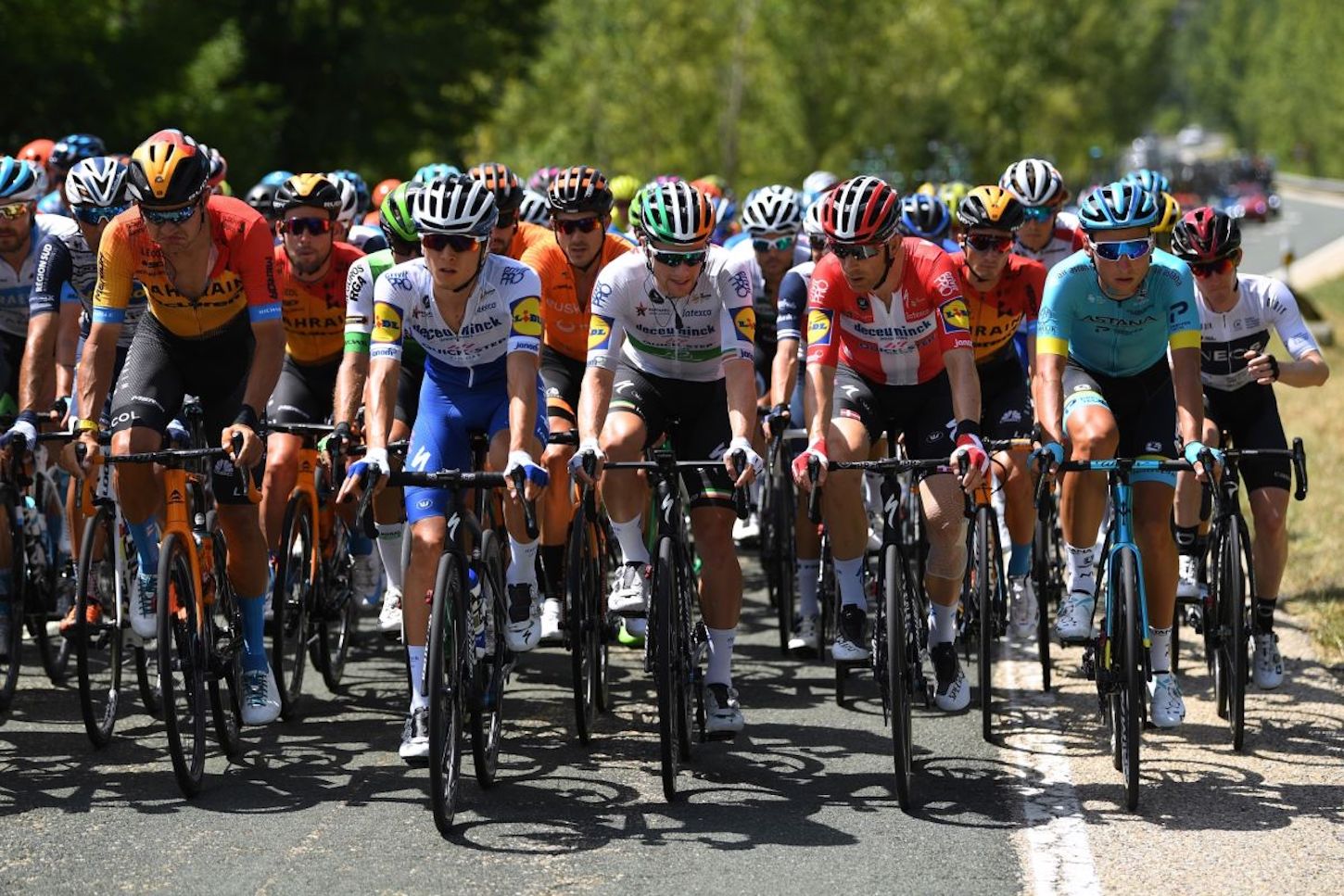 Remco Evenepoel (Deceuninck-QuickStep) claimed an impressive victory in stage 3 of the Vuelta a Burgos today, finishing ahead of George Bennett (Jumbo Visma) and Mikel Landa (Bahrain McLaren) after a dramatic day of racing.

The young Belgian rider attacked from an elite group of leaders along the final climb with just under 2 kilometers to go, remaining clear of his rivals to claim a solo victory and capture the overall race lead.

“There was a lot of wind, especially in the last few kilometers,” Evenepoel said at the finish.

“The last kilometer was really hard. I was already going flat out and there was a full headwind, but the wind was the same for everyone and I could hear my gap was increasing. For sure, without the team, I wouldn’t have achieved this victory. They kept me out of the wind all day and they brought me bottles. It was my job to finish it off, as a thank you to the team.”

Strong winds periodically broke up the peloton during the day, but with 26 kilometers remaining, the field was back together.

“The first goal was not to lose time. Then in my ear, the DS told me to try something because he could see on the television that I was still pretty fresh, and the others were suffering. I was on the limit, but if you don’t risk, you don’t win. It’s not in the pocket yet [for the GC], there are still two big days to go,” said the jubilant Evenepoel.